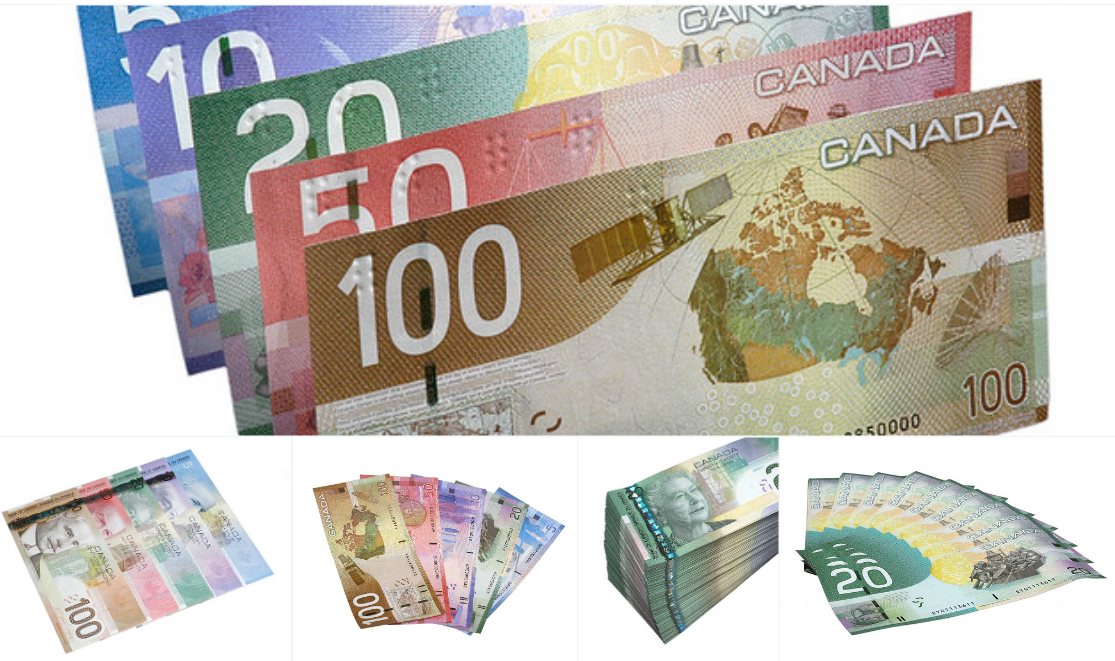 The Canadian Dollar outperformed other major currencies on Wednesday and remained leader of the pack for 2021 after Statistics Canada data showed the economy gaining momentum in January despite a second wave of coronavirus infections and associated restrictions on activity.

Canadian GDP rose by 0.7% in the opening month of the year, up from 0.1% in the closing quarter of 2020 and ahead of a consensus that had looked for a 0.5% increase, with coronavirus-related losses in retail, accommodation and food services more than offset by gains elsewhere.

What's more Statistics Canada said the economy likely grew by a further 0.5% in February, citing preliminary data that would put the Canadian economy on course toward a robust expansion for the opening quartrer, when just weeks ago economy-watchers had been bracing for a contraction.

"An advance of more than 5% SAAR now looks likely. That would be roughly 2%pts faster than our last projection, and miles ahead of the contraction the Bank of Canada had penciled into the January Monetary Policy Report," says Royce Mendes, an economist at CIBC Capital Markets.

Most notably for the Loonie, Wednesday's data vindicates the Bank of Canada (BoC) for its determination earlier this month that GDP growth would now likely "be positive" in the first quarter. The BoC previously forecast a contraction before it transpired that final quarter 2020 was stronger than expected, retail sales fell less than was expected in January and the job market held up better than was feared through a second round of coronavirus containment measures. 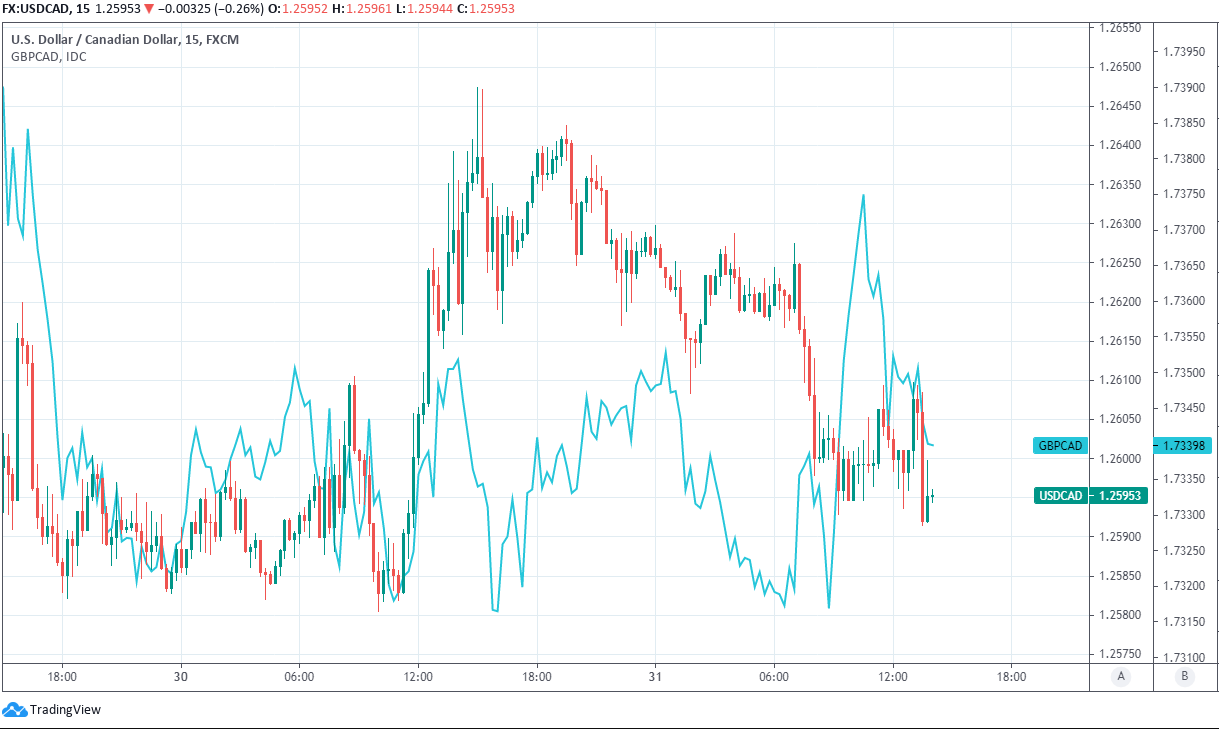 Above: USD/CAD shown at 15-minute intervals with GBP/CAD in blue.

Statistics Canada has also since indicated that February's retail sales report will likely be a strong one too.

"The currency is on the offensive today amid broad-based losses for the USD while the rising domestic contagion count should continue to act as a near-term headwind," says Shaun Osborne, chief FX strategist at Scotiabank. "USDCAD has been in a modest upward trend over the past week that appears to be cresting as it nears the mid figure area, but downward price action remains limited for now—although it maintains a longer-term weakening trajectory."

This all comes after the BoC hinted that in April it could adjust the quantitative easing programme under which it buys Canadian government bonds in order to ease financing conditions for companies and households. Wednesday's data would if anything only embolden expectations for the weekly pace of bond purchases to be clipped back from C$4bn per week to around C$3bn when the bank announces its next monetary policy decison on April 21.

"Total annualized GDP growth now looks on track to exceed 5% in Q1, higher than previously expected. Remaining weakness is increasingly concentrated around the hospitality sector," says Claire Fan, an economist at RBC Capital Markets. "The industrial sector at large continued to show strength with manufacturing, construction and mining and oil & gas extraction combined to a 1.9% increase from December last year."

The BoC's tentative trajectory places it on course to become the first major central bank to curtail a pandemic-inspired quantitative easing programme, which is supportive of the Canadian Dollar as it could eventually give way to more palpable speculation on the timing of an initial Canadian interest rate rise. 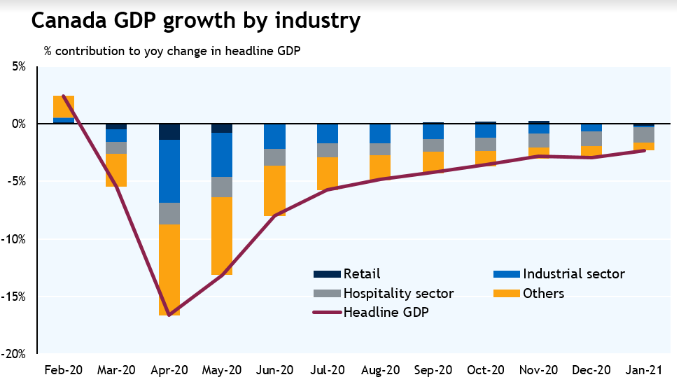 This puts the BoC ahead of the Bank of England (BoE) in the policy normalisation process and helps to explain recent declines in the Pound-to-Canadian Dollar rate, which has been confined to a tight range this week, despite the Pound rising against many other currencies. And when combined with strong growth in oil prices this year as well as Canada's location near to a stimulus-pumped U.S. economy, it gives the Loonie an edge over Sterling that succeeded in capping GBP/CAD this week.

The BoE is set to end its own QE programme around year-end and has recently welcomed the ongoing recovery of the UK economy, which grew faster than was previously thought in the final quarter, and signalled that it's at ease over the recent increase in British government bond yields. This has been supportive of Sterling against many currencies, although the BoC's lead on the path toward policy normalisation is a headwind for GBP/CAD.

"With WTI now having recovered to circa $61.50, one would expect a similar recovery in CAD. However, the move lower in USDCAD has been tepid. Moreover, AUDCAD and GBPCAD have gained further," says Greg Anderson, global head of FX strategy at BMO Capital Markets, in a Tuesday note. "Perhaps the FX market is waiting for confirmation of the continuation of output curbs from OPEC+ on Thursday before buying CAD, but we're not sure it makes sense to wait—particularly on crosses."

The Pound-to-Canadian Dollar rate was the only Sterling exchange rate to decline on Thursday and was testing the lower boundary of what has been a tightening range spanning the gap between 1.73 and 1.7, although it benefits from a tried and tested Fibonacci support level near the 1.72 round number. Meanwhile, AUD/CAD was the biggest faller within the Australian Dollar exchange rate complex. GBP/CAD is effectively trading a 1.72-to-1.74 range. 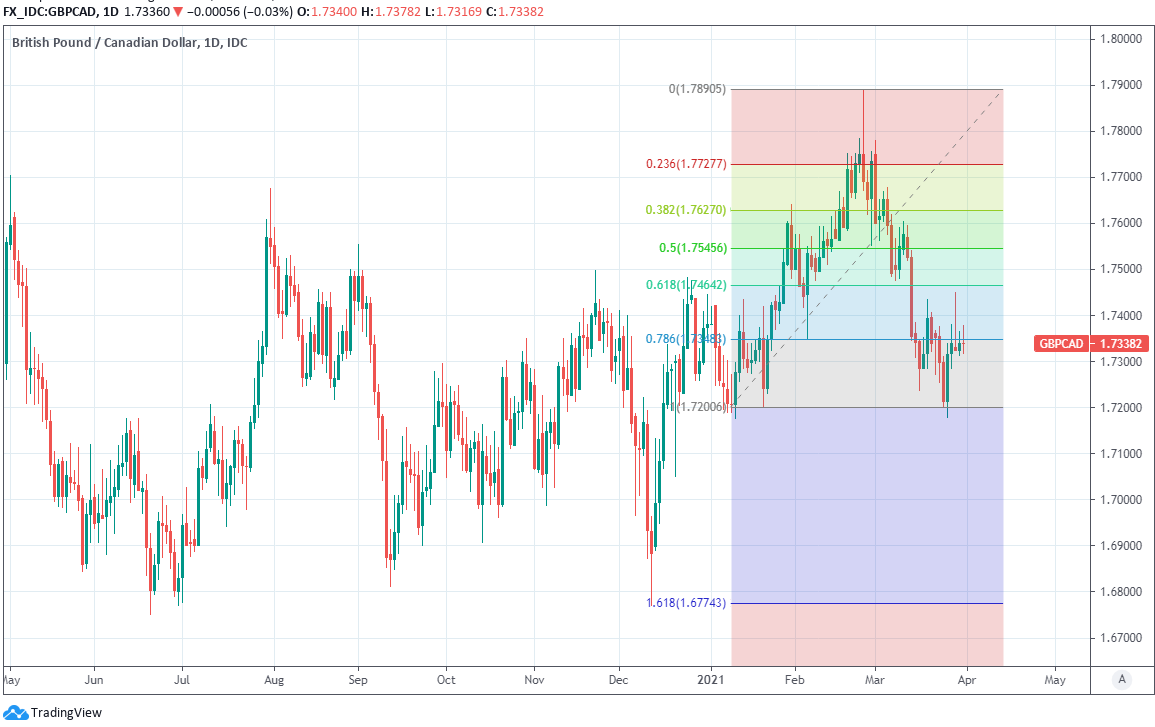