Volatility in the Pound-to-Canadain Dollar exchange rate has risen markedly as Brexit trade negotiations enter the home strait and with significant political capital at stake and thin liquidity prevailing, volatility could escalate even further still.

GBP/CAD whip-sawed in volatile price swings on Thursday before notching up a half-percent loss that leaves the pair trading at 1.7140 ahead of the weekend.

Volatile price action is expected to extend into Friday as the chief negotiators from both sides meet to reassess the situation. Markets are looking for a sign that enough progress has been made for negotiators to enter the 'tunnel' phase, which is a concentrated negotiation held behind closed doors where the final and most contentious details are thrashed out.

If markets see such a development, expect GBP/CAD to be better supported. 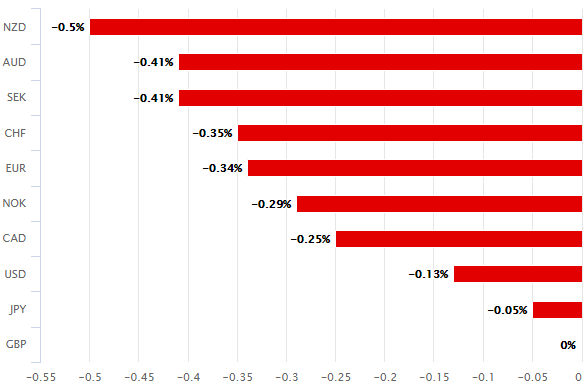 A sharp rise in volatility comes on the back of various conflicting Brexit headlines, most notably  a report from the FT suggested that trade talks between the two sides are making progress. The paper detailed an optimistic mood in London where the domestic assessment was said to be that Brexit risks are now shifting to the upside.

The FT’s report strengthened a recent market perception that ‘no deal’ Brexit risks are lessening, leading the market to rethink an earlier decision to fell the Pound, which slumped when the European Commission said it’s taking legal action in its own court over controversial Internal Market Bill that’s intended to govern the interpretation and implementation of the EU Withdrawal Agreement once the UK has Brexited from the standstill transition period at year-end and therefore, also the EU’s legislative orbit.

"Incredible volatility this morning as conflicting Brexit headlines mess with trader emotions,” says Eric Bregar, head of FX strategy at Exchange Bank of Canada, commenting on Thursday's volatility. "Some traders have thrown up their arms in the air today saying this market is un-tradable given the unpredictable and often conflicting Brexit headlines. We say it’s not all that scary if you know your chart levels."

There’s no telling which if-any of the two sides’ reported views are closest to an objective or truthful reflection of the state of the negotiations. However, seasoned Brexit-watchers may find it conspicuous that European officials and supposed sources have abandoned their optimistic rhetoric immediately after those on the UK side began to suggest that compromises could be on the way. They also suggested the Internal Market Bill’s threat to unilaterally interpret the withdrawal agreement had reformed a recalcitrant EU stance. 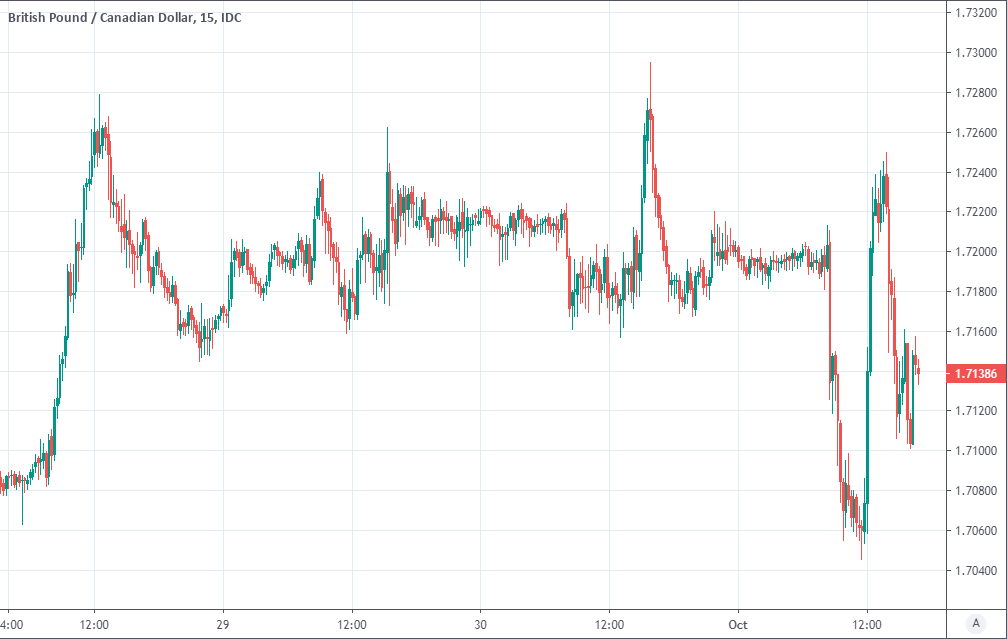 “It is highly unlikely that the PM will withdraw the bill, which suggests that bad blood will remain between the two sides as they try to avoid a no-trade-deal divorce on Jan 1, 2021. We maintain a negative view on sterling given the low chances of a deal coming to fruition,” says Shaun Osborne, chief FX strategist at Scotiabank. “The CAD has made a little further progress against the softer USD through the overnight session, rising on the back of positive risk sentiment that has helped the CAD’s commodity cousins—the AUD and NZD.”

All of the indications are that neither Brussels nor London wants to be seen to be at fault for any ‘no deal’ exit from the transition period after year-end, leading each to attempt to preposition or otherwise engineer favourable market interpretations of progress in the talks.

That idea was leant weight by EU parliament president David Sassoli who said Thursday the bloc will negotiate “until the end.” He's not directly involved in the talks but his remarks do echo those widely attributed to the European Commission since its early September threat.

Europe said previously that if the Internal Market Bill isn't withdrawn or amended to remove the offending terms then it would walk away from the talks. It still suggests that any deal which may yet be agreed will not be ratified in Europe unless the bill is withdrawn or neutralised.

“USDCAD is one of my least favoured USD shorts as cases are rising in Canada and it has a lower beta to the broad USD,” says the London dealing desk at J.P. Morgan. “While we think the USD move [down] could have further to go from here [GBP/USD] is simply not a vehicle we would wish to express this view for now as we feel the risk of poor headlines in the immediate term.”

Thursday’s developments set the stage for another period of Brexit-induced volatility as negotiators covet the appearance of an innocent party should a free trade agreement prove to be a bridge too far for the post-Brexit relationship between Britain and the European Union.

The finale of Britain’s Brexit Saga’s will play out amid greatly impaired liquidity in Sterling, which has been well documented. BofA Global Research has said several times in recent months that Sterling is now effectively trading like an emerging market currency given it’s increasing liquidity while the London dealing desk at J.P. Morgan noted “dreadful liquidity’ last week.

"The real risk is that the UK and the EU completely fall out. The UK could override part or all of the Withdrawal Agreement, the EU could respond by starting legal proceedings and few measures could be implemented to mitigate the disruption,” says Paul Dales, chief UK economist at Capital Economics. 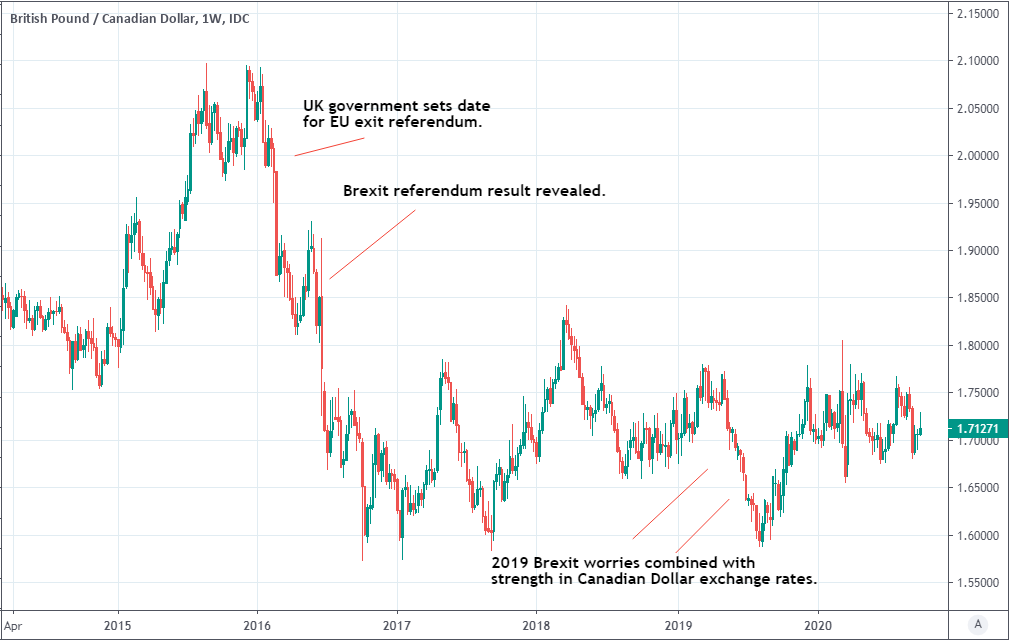 “In such “uncooperative no deal”, the pound may fall to $1.10, inflation may rise to a peak of 4.1% and GDP may be 2.5% lower in 2021 as a whole than if there was a deal. The acrimony would probably continue beyond 2021 too, which may lead to fewer agreements in the future and the expiry of any temporary measures. Relative to the 26% slump in GDP endured during the COVID-19 crisis, any hit from a no deal would be small," Dales adds.

J.P. Morgan's traders in London are handling flows transiting the balance sheet of the world’s seventh largest bank by assets (fifth if not for certain U.S. accounting rules), and doing so from the world's currency trading capital where Pound Sterling is no longer getting the look-in that it once did.

“It continues to trade very erratically, with dreadful liquidity within recent ranges,” the bank’s traders said. "Keeping our tactical hat on for now."

This is not so much new news as it is increasingly important for those who’re at risk from swings in Sterling, because even more meaningful those moves could soon become as a result of it - and in both directions too.

That’s part of what poor liquidity does and although this is commonplace in emerging markets, it’s not normal for reserve currencies like the Pound.

Only the Prime Minister and counterparts know how the Brexit cards will fall but with deteriorating liquidity offering only "dreadful" investor driving conditions, the road ahead is likely to be bumpy and may leave Sterling exchange rates looking like the currency market's Wild West for at least some of that time.