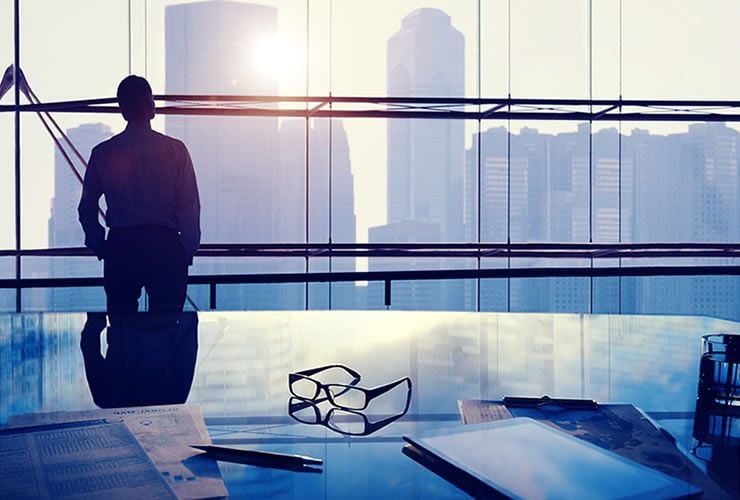 Political and budget challenges could mean 2018 is another tough year for the Rand which could allow GBP/ZAR to break above 20.00.

“EMEA high yielders will continue to face challenges in 2018. Both the TRY and ZAR are very cheap, but to recover will require resolution of political challenges as well as appropriate policy responses – be they fiscal for South Africa or monetary for Turkey,” says Petr Krpata, a strategist at ING Group.

The assumption is the political willpower in either Turkey or South Africa required to rectify market confidence won't be forthcoming.

South Africa faces continued political and fiscal challenges during the year ahead as a stalling economy has lumbered the country with a spiralling budget deficit, which has left the Treasury and political establishment at the mercy of international ratings agencies.

The agency cut South Africa’s local currency rating to BB+, which is beneath investment grade, and further reduced its long term foreign currency rating that had already been marked down to what is colloquially known as “junk”.

But ZAR was saved from a thrashing on Moody’s decision on November 24 not to opt for a credit rating downgrade instead placing it “on review for downgrade” thereby throwing South Africa a temporary lifeline.

“While S&P downgraded South Africa to junk on the same day, downgrades from both agencies were needed to expel local bonds from the World Government Bond index,” says Krpata.

If South Africa is expelled from the World Government Bond index, which is a market capitalisation weighted benchmark for all investment grade bonds, the consequences for the nation’s finances could be significant.

Expulsion would force many owners of South African bonds into selling them, as investment grade credit funds can only invest in highly rated debt and account for the bulk of the world’s bond investors.

From this point on only high-yield and “unconstrained” investors, which account for relatively small portion of all bond investors, would be able to buy South African debt.

This would force up borrowing costs for the South African government, aggravate the deficit and make it more difficult for it to raise finance in future. Moody’s will revisit the South African rating in February.

“We now expect USD/ZAR to take a pause for a breath ahead of the ANC conference this December which will determine ZAR performance for coming months,” says Krpata.

South Africa’s Rand has fallen by 9.9% against the Euro in 2017 and by 6.6% against Sterling. It has gained just more than 1% against the Dollar, thanks largely to the post-downgrade correction.

In a year where even Sterling has gained a near-double digit number against the greenback, the Rand's performance against the Dollar underlines just how tough a year 2017 has been for the South African currency.

“Although ZAR is undervalued, the risky and unpredictable domestic politics (which lead to sharp spikes in ZAR volatility) makes long ZAR positions tricky,” says Krpata. 'Long ZAR' is trader talk for holding a trading position that seeks to profit from a rise in the Rand.

ANC Vote in December is Key

The next pivotal moment for South Africa’s currency comes in December when the ruling ANC party is set to elect its next party leader at its annual conference, who will lead the charge for the South African presidency in the 2019 general election.

However, December’s vote is important for another reason too, because the outcome will likely inform Moody’s interpretation of whether the governance of state owned enterprises is likely to improve at any point in the near future.

“Moody's review will allow the rating agency to assess the South African authorities’ willingness and ability to respond to these rising pressures through.... and improvements to SOE governance that contain contingent liabilities,” wrote Zuzana Brixiova, Moody’s lead analyst for South Africa, in a November note.

Substantial debt guarantees extended by the government to South African state owned enterprises, and the fragile condition of many of the latter, mean governance in this area is an important topic for ratings agencies.

December’s ANC election is broadly seen as a proxy vote on whether South Africa will continue down its current path, which has been characterised by concerns over corruption in government and within state owned enterprises, or if the party faithful will vote for a change of direction by electing a reformist leader who is willing to eschew the old ways.

Nkosazana Dlamini-Zuma, the former wife of serving President Jacob Zuma, is broadly viewed as the continuity candidate in December’s ANC vote while deputy President Cyril Ramaphosa is seen as a reformist candidate much more likely to tackle corruption in government and the public sector.

Much of what happens to the Rand in 2018, and the South African credit rating, will be determined by December’s ANC vote and the next budget statement from the Treasury in February.

Upside for USD/ZAR and a Rare Moment for GBP/ZAR

Krpata and the ING Group team forecast the USD/ZAR rate will rise to 14.50 by the end of 2018, a bearish prediction that implies 7.6% downside for the Rand.

When ING’s USD/ZAR forecast is combined with the bank’s GBP/USD forecast for the end of 2018, it is possible to derive an implied GBP/ZAR forecast given the triangular relationship that exists between foreign exchange cross rates and the Dollar.

This is a near-record level for Rand buyers and sellers which has only ever been seen in international markets on a handful of occassions, most of which were during the 2015 and 2016 years.

For an explainer of the triangular relationship between cross rates and the Dollar, see the bottom section of the article at this link.