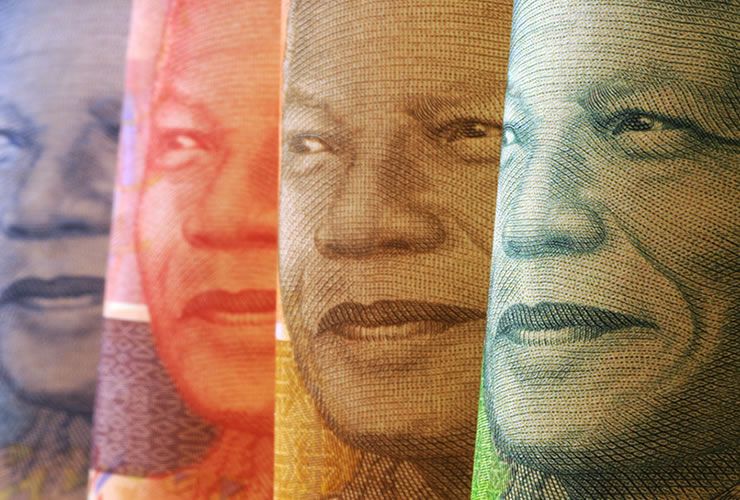 With the election of a new ANC President and a worsening credit rating the prospects for South Africa and its currency do not look bright, however, some currency analysts are questioning how much lower it can go.

The South African Rand has been weakening ever since the March lows when one US Dollar could buy you 12.44 Rand and one British Pound 15.50 Rand; now they can buy you substantially more Rand - 14.10 and 18.66 respectively.

Why has the Rand lost so much ground?

The reasons are complex but the politics of the Zuma administration coupled with fears that the country's credit rating could be downgraded have played a major part.

Now two events sit on the horizon which could exacerbate these issues and threaten to push the Rand even lower.

The first is the election of a new President when current incumbent Jacob Zuma steps down in December, and the second is the credit rating review - both on Friday, November 24 - this Friday - and subsequently.

'The King is Dead, Long Live the King'

President Zuma's reign has been characterised by political, personal and financial controversy and financial markets including the Rand have developed a negative correlation to his continued leadership.

The news he was resigning, therefore initially strengthened the Rand, however, the currency soon fell again on the news of the heightened likelihood that a nominee with similar politics would replace him, namely in the guise of his ex-wife Nkosazana Dlamini-Zuma.

Dlamini-Zuma now seems to be the front-runner, ahead of the other major candidate- Cyril Ramaphosa, who is seen as a pragmatic, reformist, and therefore, positive for the Rand.

Clearly a win for Dlamini-Zuma could cause a sell-off in the Rand on its own, however, it could also increase the possibility of the other major risk factor on the horizon, which is that the country's credit rating review gets the thumbs down.

The reason is simple - Dlamini-Zuma is widely-held to be the continuity candidate, her victory should see much of the policy mix presided over by the current administration remain in place.

Indeed, much of the current administration are likely to stay in place suggestion a business-as-usual approach to running the economy.

Credit Rating and the Rand

Although the odds do not favour a credit rating downgrade this November (10% probable for Moody's) when Standard & Poors and Moody's publish their latest reports on South Africa, there are fears that should Dlamini-Zuma become the next President at the leadership election in December, a rating downgrade would inevitably follow.

A credit rating downgrade to Rand-denominated bonds, it has been argued, could be a severe shock to the Rand for several reasons.

For a country, this has implications for the exchange rate, since it means fewer inflows of outside capital, which purely from a simple supply and demand perspective, means less demand for the Rand.

Another reason, which is specific to SA is that a further credit rating downgrade would push its rating to a level below a significant threshold called investment grade, and down into what is called 'junk status'.

The significance of this is that many international institutional funds cannot own the assets of a country with a below-investment grade credit rating.

A downgrade would therefore immediately wipe billions off the value of SA assets globally and the fact that most major funds would not be able to buy SA assets would further hit demand for the Rand since most of these assets must be bought with Rand.

Armageddon or Not for ZAR?

The 'armageddon' scenario of an un-market friendly leader coupled with a credit rating downgrade has lent most of the wind to the sails of the recent downtrend in the Rand, but how much further could it go if these things actually happened in reality?

A recent report from Bank of America Merril Lynch (BofAML) comes to the surprising conclusion that actually it would lead to limited further downside.

BofAML argues that the political and economic risks on the horizon are now so well flagged that the South African Rand has mostly already discounted them.

"Historical evidence suggests that on risk events that are somewhat anticipated, the re-pricing of credit risk takes place ahead of the event, with the actual realization," says BofAML South Africa and Turkey Analyst Ferhan Slaman

They point to the example of Turkey as a useful template for expectations of how a downgrade might impact on SA.

"In the case of Turkey, in 2016, the local downgrade ended up being a buying opportunity in both FX and rates with the first (S&P) downgrade being the peak of spreads and USD/TRY. Interestingly, the second downgrade (Moody's) didn't matter at all, despite being the one relegating Turkey local to its sub-IG status," says Slaman. 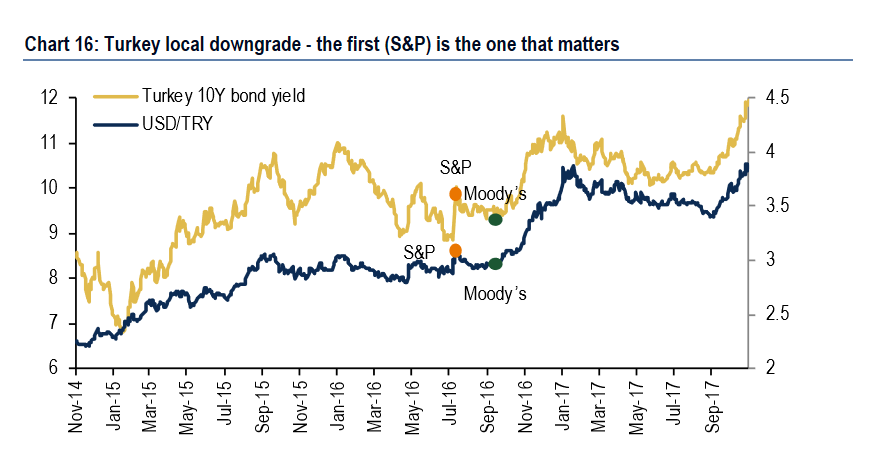 In the case of South Africa, BofAML's baseline scenario is actually for Dlamini-Zuma to take power and for the country to lose its investment-grade rating, but despite this, they see downside for the Rand limited.

"Our negative view on SA this year is now largely priced in from a 3-6 month perspective, potential short-term overshooting notwithstanding," says BofAML's Ferhan Slaman.

The Rand (ZAR) is already the weakest of the emerging market currencies, suggesting it could be 'undervalued', and making it unlikely it could stretch much further down:

"ZAR is the worst-performing EM currency this year and has now reached our end-year forecast at 14.50, which we held since the 2017 year-ahead."

Indeed, if anything, the risk is of an upside surprise, says the analyst.

The first is that the party elects a 'compromise' middle-way candidate to be its next leader such as Zweli Mkhize.

This would be expected to hit the Rand less negatively, leading to an exchange rate versus the Dollar of 13.80 by end of 2017 (a fall from 14.10 currently), but then a rise to 14.80 by end of 2018 as the compromise candidate comes under increasing pressure from the Zuma camp to adopt their policies, and eventually ending 2019 at 15.40.

The least likely outcome is that the reformist Cyril Ramaphosa will win.

The reason why the Rand would eventually start to fall again in 2018 and 2019, even in the most 'growth-friendly' outcome is linked to global factors: