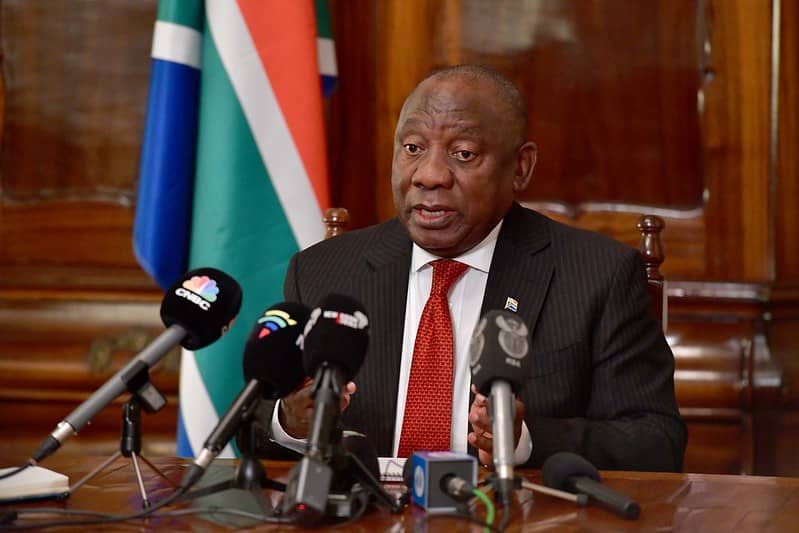 Ramaphosa is also expected to resign as ANC leader and will withdraw from contesting the elective conference at Nasrec.

This comes after a Section 89 panel found Ramaphosa may have contravened the Constitution and anti-corruption laws with his dealings at Phala Phala. 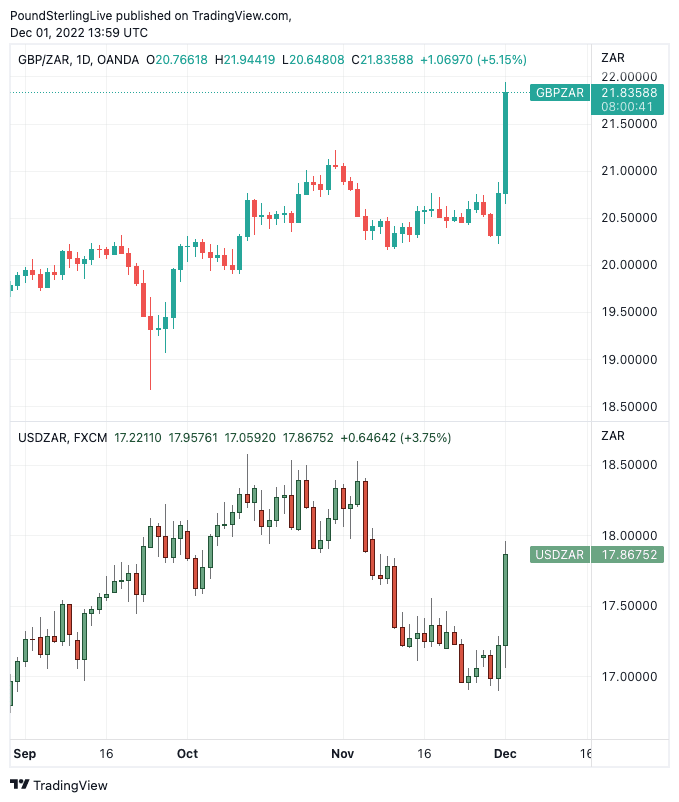 Above: GBP/ZAR (top) and USD/ZAR (bottom) at daily intervals.

Phala Phala is his farm at which large amounts of cash were recovered in 2021, setting off a trail of intrigue that ultimately ends with the findings of a three-person panel mandated to investigate the president's conduct.

"The other big mover overnight was the ZAR which is leading on the downside... coming on the back of issues on the home front as Ramaphosa finds himself in hot water. A three-person panel opened the door to impeachment proceedings for Ramaphosa and the situation continues to look dicey," says W. Brad Bechtel, Global Head of FX at Jefferies LLC.

"The most recent developments raise dark clouds over political stability and corruption-fighting efforts in South Africa. This, in turn, is damaging the performance of the ZAR," says a note from the global strategy team at TD Securities.

The ruling party will next month select their leader, allowing Parliament to vote soon after.

Ramaphosa's resignation potentially signals he was aware of shifting currents in South Africa's ruling setup: the SACP and Cosatu - important bastions of support for an incumbent South African leader - ditched Ramaphosa ahead of the crucial ANC elective conference next month.

As noted by Willem Phungula of IOL, "This is a major shift from the alliance partners who are known to have thrown their weight behind Ramaphosa towards the 54th conference in 2017 where he narrowly defeated Dr Nkosazana Dlamini-Zuma."

The Rand will likely be subject to domestic anxieties over the coming weeks with the market likely to pick a favourite amongst the possible contenders for the Presidency.

For the Rand to recover, a credible candidate must emerge, one that will commit to the reforms introduced by Ramaphosa and recognise there is much more work to be done.

South Africa's former spy boss, Arthur Fraser, opened a criminal case against Rampahosa for the burglary of millions of rands that happened at Ramaphosa's Phala Phala game farm in early 2020.

Ramaphosa was accused of covering up the source of the money, allegedly stashed in furniture, and of thwarting a proper police investigation into the case.

The panel's findings confirmed these suspicions and found Ramaphosa had to answer the case for possible impeachment.