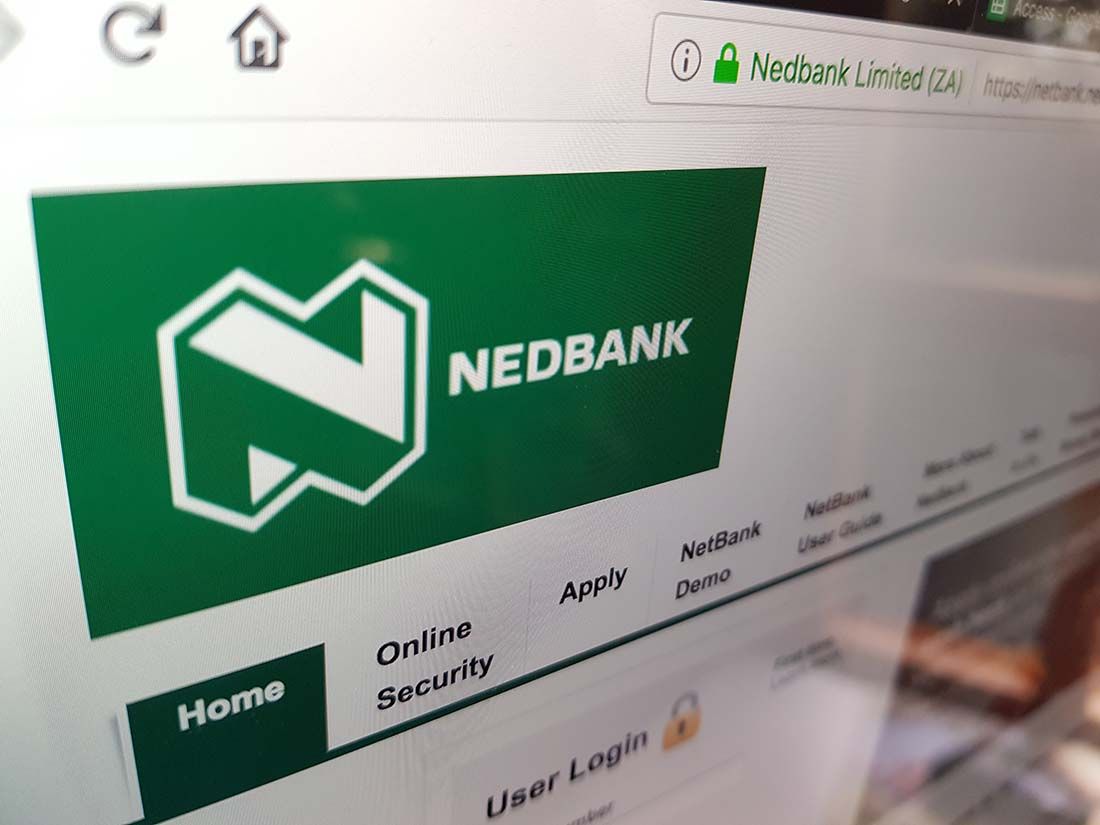 The South African Rand has enjoyed a strong start to 2022 but this support is expected to fade over coming months according to local lender and investment bank Nedbank.

In a monthly currency briefing Nedbank finds the Rand has benefited from a cocktail of elevated global commodity prices and a stable domestic economy that continues to offer global investors ample returns, particularly when contrasted to less stable Emerging Markets.

But, rising oil and energy prices will mean the Rand will come under pressure later in 2022 as domestic economic growth rates fade, although a significant depreciation is unlikely.

"The boost provided to the rand by a large trade and current account surplus over the past two years is likely to fade and ultimately reverse," says Nicky Weimar, Senior Economist at Nedbank.

The Rand has appreciated by 7.0% year to date on a trade weighted basis, i.e. the Rand is up against a basket of currencies belonging to its most important trading partners. 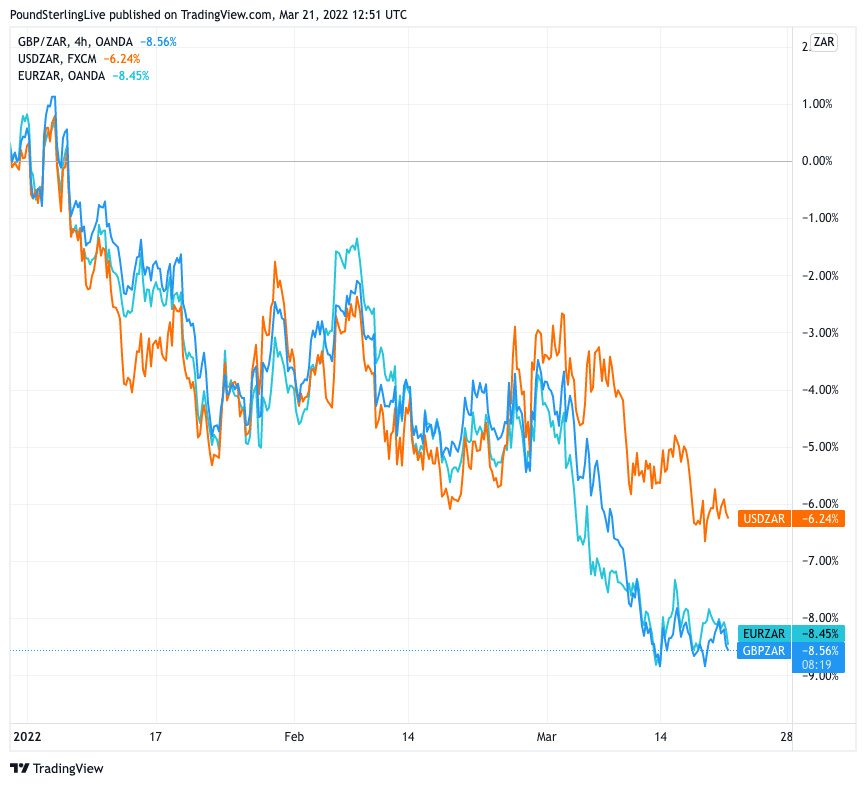 Above: ZAR performance in 2022 against the USD, GBP and EUR.

The advance has surprised some investors given the Rand and other 'high beta' currencies would typically be expected to depreciate during times of heightened investor anxiety, of the kind provided by Russia's invasion of Ukraine.

But like other currencies that derive much value from the export of raw materials and commodities, the Rand has found support.

"The rand and other commodity-based currencies benefitted from the surge in metal prices as sanctions on Russia’s commodity exports fuelled fears of supply shortages.

This is also the case for the Australian and New Zealand Dollars, which are both currencies that tend to depreciate during times of global investor anxiety but are finding the current set of circumstances peculiar to the Russian invasion of Ukraine to be supportive.

But for the Rand, the South African economy can also be credited for its ongoing resilience.

The Institute of International Finance’s (IIF) database on portfolio flows to Emerging Economies (EM) shows foreigners sold out of most EM's but returned to the South African equity market.

In January the SARB raised the Repo Rate for a second time, taking it to 4.0%

But the SARB is not expected to stop hikes at 4.0% as money markets are currently pricing in a further 200 basis points of hikes for the remainder of 2022.

However, Nedbank finds these expectations might be too aggressive and there is scope for disappointment if fewer hikes are actually delivered.

This is considered by Nedbank to be one downside risk facing the currency over coming months.

Furthermore, global risk appetite is likely to remain fragile in 2022 as investors deal with a mix of issues that include the war in Ukraine, surging global inflation, Covid-related supply chain bottlenecks and rising interest rates at the U.S. Federal Reserve.

"Russia’s war on Ukraine and the disruptions to the global commodity markets are likely to reinforce risk-off sentiment, clouding the outlook for inflation and global growth. Risk appetites will also be tested by the relatively steep rate-hiking path signalled by US Fed," says Weimar.

South Africa's export prices may still hold up better than initially expected, according to Nedbank, as risk-off sentiment among global investors and the search for safe-haven investments favours precious metals.

But South Africa is an energy importer and the elevation of crude oil prices could pose economic headwinds.

South Africa is also expected to feel the effects of sharply higher energy prices and the general rise in intermediate and capital goods prices due to supply chain bottlenecks.

"Consequently, import prices are expected to increase at a faster pace than those of exports, resulting in a further deterioration in the SA’s terms of trade," says Weimar.

"Over time the less favourable global environment is expected to catch up with the rand. The currency is still expected to come under moderate pressure later this year," says Weimar.

Nedbank forecast the South African Rand to trade at 15.15 against the U.S. Dollar by mid-year, with the Pound to Rand exchange rate forecast to trade at 20.23.

Against the Euro the Rand is expected to trade at 16.69.