Axel Rudolph, Senior FICC Technical Analyst at Commerzbank finds that the weakness experienced by the Rand during September has now "run out of steam" ahead of some key levels tested in August, which should encourage buyers of the currency.

The headline Dollar-to-Rand (USD/ZAR) exchange rate, "ran out of steam slightly below the August peak at 15.3950 and is to remain below this level for now," says Rudolph.

USD/ZAR rose sharply from a September low at 14.0630 which brought the August peak at 15.3950 back into contention, but it the advance failed and a September high printed at 15.2533.

"We therefore expect to see further sideways trading below the 15.3950 August high in the days and weeks ahead," says Rudolph. 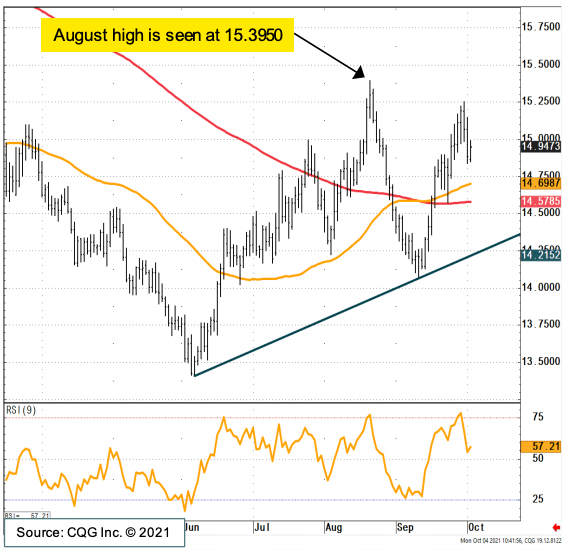 Given the dominance of USD/ZAR over other ZAR-based exchange rates, a similar pattern can be extrapolated for the Pound-to-Rand exchange rate (GBP/ZAR) where a rally topped out at 20.95 in August.

An ensuing decline - similar to that seen in USD/ZAR - then rebounded, but again the September peak was below that of August: 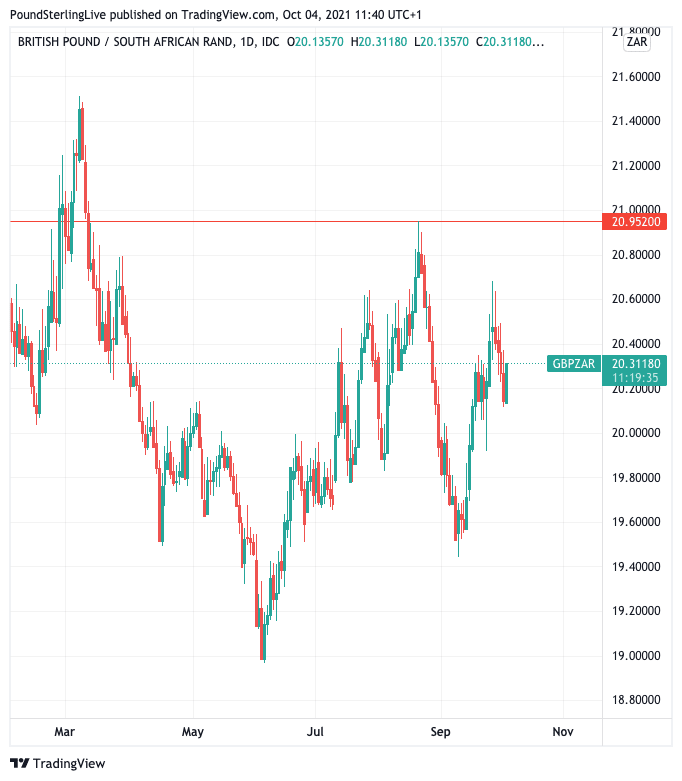 The prospect of further downside of an extent similar to that expected in USD/ZAR is now on the cards for GBP/ZAR.

The Euro-to-Rand (EUR/ZAR) exchange rate's recent strong rally from the 78.6% Fibonacci retracement at 16.6728 has also faded.

"Further sideways trading below the July and September highs at 17.6660/7128 is thus at hand," says Rudolph. 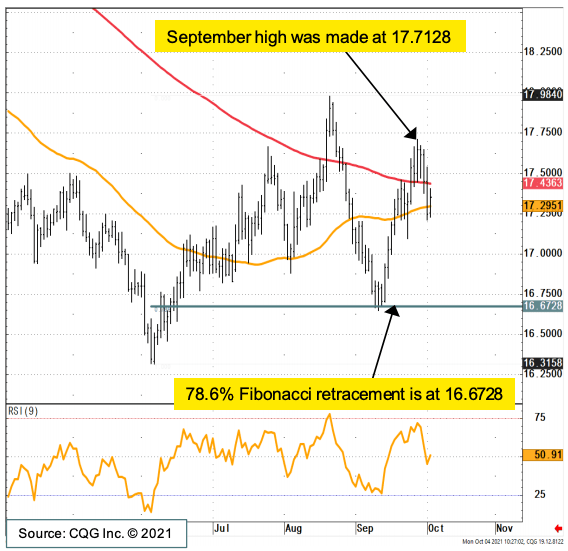