South Africa’s Rand was lower against all major developed and emerging market rivals barring the Russian Rouble and Polish Zloty on Wednesday amid a mixed performance for global stock markets, commodities and major currencies as well as declines for bond yields that all helped lend a risk averse feel to price action.

“USD/ZAR fair value is currently 15.30, however, due to domestic fiscal risks, we expect it to trade above its fair value, around a mid-point of 17.00 over the next few months, rallying to below 16.50 on positive global surprises and selling off towards 17.50 in response to global uncertainty — US elections and growth — as well as domestic event risk associated with the MTBPS and worse-than-expected growth outcomes,” says Nema Ramkhelawan-Bhana, head of research at Rand Merchant Bank.

Losses followed a Tuesday outperformance by the Rand but came at the same time as Finance Minister Mboweni sought a delay to October’s medium-term budget statement, which is now expected on October 28 rather than 21, which may have helped turn investors’ focus back to South Africa’s domestic vulnerabilities.

October’s budget will give Mboweni an opportunity to update South Africans on the scale of the financial damage done by the coronavirus and efforts to contain it, although the market will be watching for any deterioration of forecasts for the budget deficit and debt-to-gdp ratio.

Investors might also listen closely for anything that gives rise to doubt about the June commitment by Treasury to delivering a primary budget surplus by 2023/24. 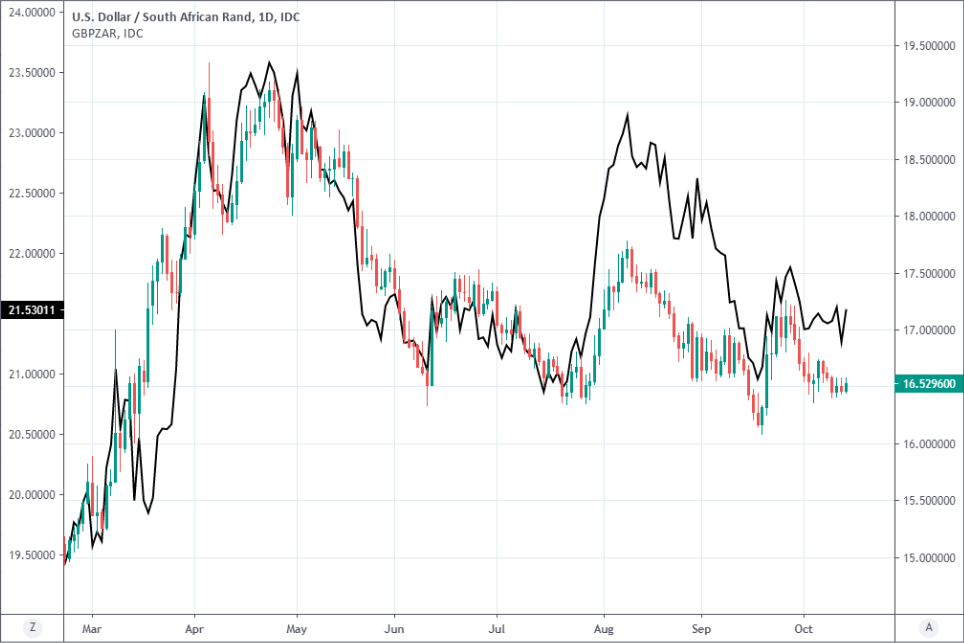 “It is likely budget allocations and debt projections are the sticking point, both for negotiations pre-MTBPS with stakeholders, and also the consideration of the likely impact on markets, with recent reports that debt could elevate to 100% before peaking, instead of 87.4% of GDP,” says Annabel Bishop, chief economist at Investec.

For South Africans the difference between June and October’s forecasts is one of perceived creditworthiness, which will dictate whether the country slides further beneath the ‘investment grade’ threshold with rating agencies.

That could raise financing costs and in the process make the delivery of public services more difficult for the government.

“Rapidly rising borrowing costs make the borrowing trajectory unsustainable, while also eating up more and more of the budget, reducing its allocations to other areas at least on a % of total allocation basis, but also in rand billions if the budget is not to become very unsustainable and lead to fiscal collapse,” says Investec’s Bishop.

For the Rand, the difference is one of international appeal and something that could have an impact on inflation and the economy if any perceived deterioration of creditworthiness leads to less global demand for South African assets and downward pressure on exchange rates.

Risks relating to the national finances are partly why RMB says USD/ZAR is likely to remain trapped some way above its ‘fair value’ of 15.30 and could see levels as high as 17.50 before year-end. However, the bank forecasts a year-end finish around 16.70.

The deficit was expected around 15% of GDP for 2020 when June’s supplementary budget was released, where previously and before the coronavirus came along it had been expected to fall to around -5.9%.

Meanwhile, the debt-to-GDP ratio was forecast to rise to 87.4% by 2024 before falling in subsequent years, but speculation is that these numbers have since risen markedly and even before the June supplementary update, deteriorating finances had already seen South Africa stripped of its last remaining ‘investment grade’ credit rating while economists were fearing a further slide into sub-investment grade territory.

That slide down the rating scale could come quicker than many had envisaged however, if October’s budget update is received poorly by rating agencies. This, combined with volatility in Treasury forecasts, is a part of the reason the market will scrutinise October 28’s budget so closely.

“In view of the fragile domestic economy, which was already in recession before the outbreak of the pandemic, we see only limited ZAR recovery potential if at all. Too little growth, a lack of structural reforms and the long-term unsustainability of public finances led to rating downgrades even before the Corona crisis,” says Elisabeth Andreae, an analyst at Commerzbank, who forecasts a year-end USD/ZAR rate of 16.70. “We still see the economy and currency as fragile, especially if global risk aversion rises again. The ZAR downside risks therefore include not only an unfavorable course of the pandemic with extended lockdowns worldwide, but also other factors such as concerns about the US presidential elections in November or an escalation in US-Chinese (trade) relations.” 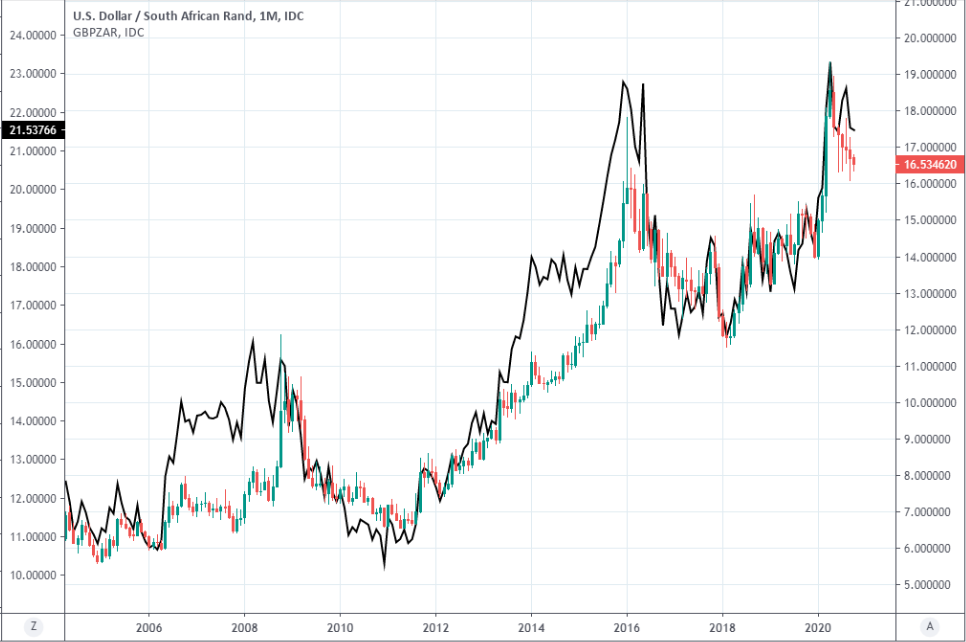 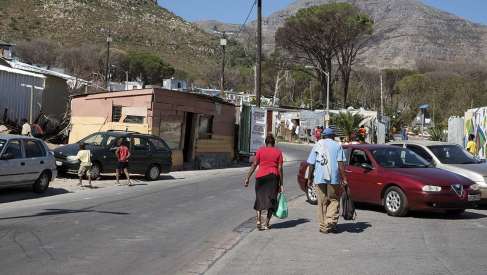 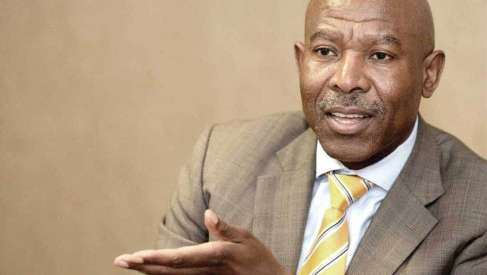