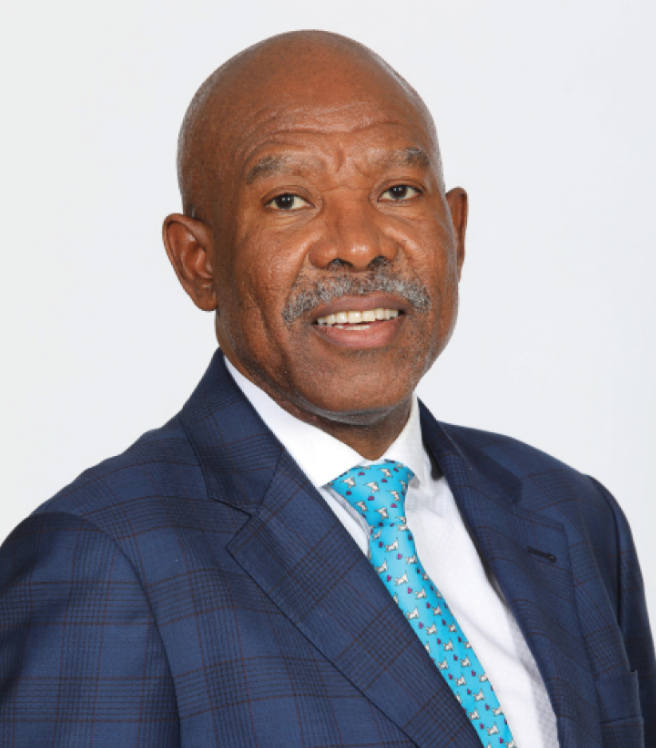 South Africa’s economy is now expected to have grown by just 0.4% in 2019, down from the 0.5% forecast of late last year, while projections for 2020 have also been cut. GDP growth is now expected to be just 1.2% this year, down from 1.4% previously, while inflation is also seen declining throughout the year.

As a result the SARB cut its cash rate from 6.5% to 6.25% Thursday in order to support the troubled economy through what is widely expected to be one of its most testing periods in the months ahead. February will see the government reveal its own projections for growth as well as the budget deficit and debt-to-GDP ratio just weeks before Moody’s decides whether to cut the country’s last remaining ‘investment grade’ credit rating to ‘junk’.

The SARB's quarterly projection model also recommended this month that the bank deliver an additional interest rate cut in the final quarter of 2020. 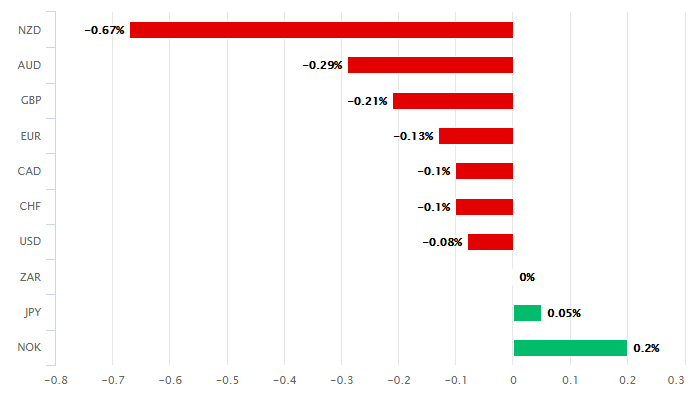 Markets had expected the SARB to err on the side of caution by leaving the cash rate unchanged ahead of February’s risk events, which is why the Rand was sold in the aftermath of the decision.

"The SARBs decision to cut rates caught many analysts off guard today, but judging by the rand's reaction markets were expecting it. Economic conditions in South Africa have deteriorated substantially, as highlighted by Governor Kganyago, but a 25 basis point will do little to fix the structural imbalances in South Africa's economy," says Simon Harvey, an analyst at Monex Europe.

The USD/ZAR rate was 0.03% higher at 14.39 following the release on a day when the Dollar is being sold in exchange for just about any other currency but especially the higher-yielding emerging market units. Dollar losses did moderate shortly after the SARB decision, however, in response to strong U.S. retail sales figures for the month of December. The Pound-to-Rand rate was 0.29% higher at 18.80 immediately after the decision. 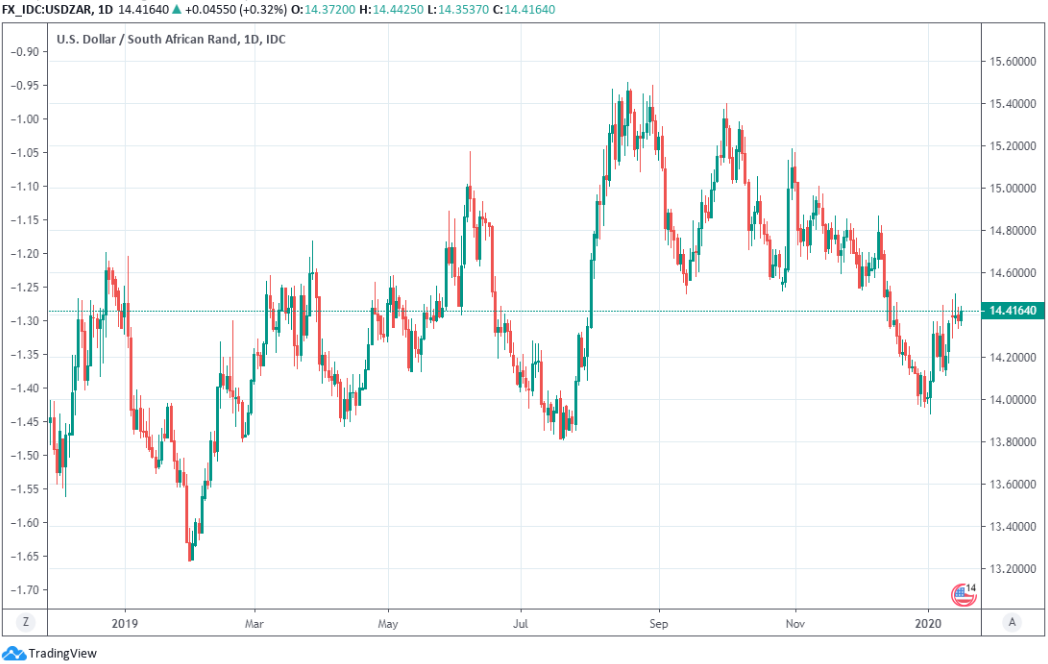 "The rand remained largely flat leading up to the announcement, before weakening 0.3% to R14.43/$ shortly following the announcement. However, the local currency still remains within the range witnessed over the past few days, and below the next technical level of R14.46," says Bianca Botes, a treasury partner at Peregrine Treasury Solutions, who's warned that a "sustained break above R14.46" would put 14.63 on the table for the USD/ZAR rate.

The SARB had signalled in November that interest rates would be left unchanged for the foreseeable future but a return and escalation to unprecedented levels of load-shedding (rolling power cuts) at Eskom has since put South Africa at risk of a three-quarter-long recession. 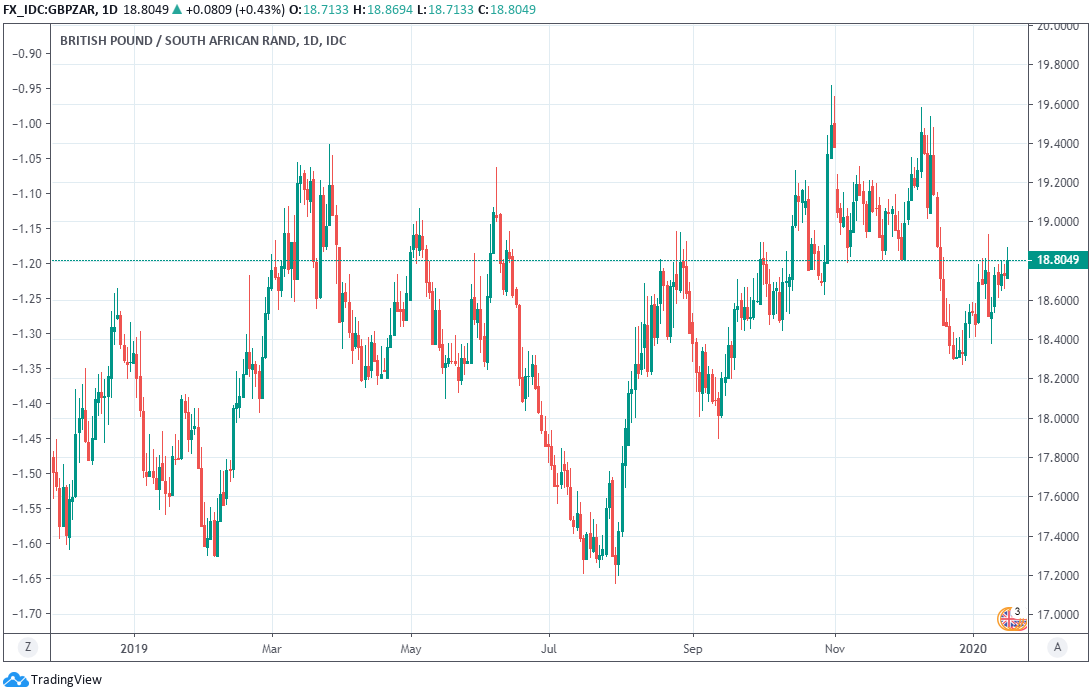 Governor Lesetja Kganyago said Thursday that risks the SARB's forecasts for growth are "to the downside" and that risks to the inflation outlook are "assessed to be balanced."  The SARB now projects inflation of 4.7% for 2020, down from 5.1% back in November, and 4.6% for 2021. Those inflation numbers are not far off the midpoint of the 3%-to-6% inflation target the bank is obliged to deliver.

"Consistently low inflation is supportive of a cut. The last inflation print came out at 3.6% y/y in November, which is quite significantly below the 4.5% mid-point of the inflation target," says Cristian Maggio, head of emerging market strategy at TD Securities. "Unless the government delivers a massive - but unlikely - surprise in the next budget, a downgrade could very well be in store."

Moody's will announce its next rating decision in March just weeks after the February budget update in which markets will be looking, as a minimum, to see an improvement on the disastrous situation set out in October. That last 2019 round of projections saw the budget deficit tipped to rise above 6% of GDP over the forecast period while the debt-to-gdp ratio was forecast to rise above 70%.

Losing the top credit rating would risk encouraging outflows of foreign capital from South Africa and could lead to a substantial depreciation of the Rand. But without some form of credible plan to right the country's capsizing fiscal ship, Moody's might be left with little choice but to downgrade the rating to 'junk'.