- USD/JPY slow out of block but turns higher at the U.S. open.

- USD/JPY upside is clear in wake of U.S.-China deal signing.

- GPIF silent on asset allocation, shift may already be underway. 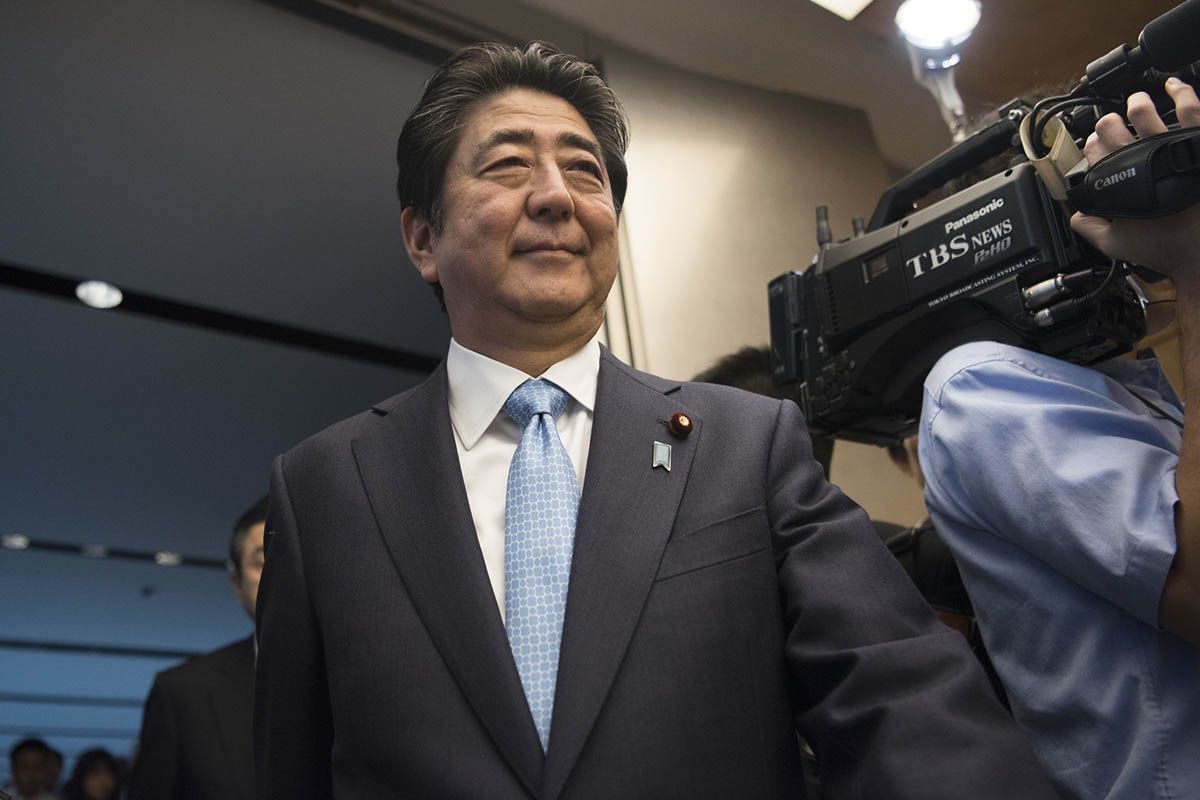 The USD/JPY rate was only a fraction higher on Friday but has scope for plentiful gains up ahead and the upside could grow if a possible shift in asset allocation at Japan's Government Pension Investment Fund  (GPIF) does materialise, according to analysts at MUFG.

Investors bid the Dollar higher across the board Friday as comments from French finance minister Bruno La Maire came put U.S.-EU trade tensions back on the market's radar and after the U.S. economy demonstrated ongoing resilience in the prior session with a solid retail sales report for the month of December, although this mix has so-far simply resulted in the risk-sensitive Dollar-Yen rate only straddling the session's breakeven level.

However, the safe-haven Japanese Yen is the second worst performing major currency of 2020 thus far and is already the biggest loser from Wednesday's signing of the 'phase one deal' to suspend hostilities between the U.S.and China, not to mention the de-escalation of tensions with Iran. The Dollar-Yen rate rose 0.66% in the five days to Friday's noon and by many accounts there's still a lot of potential upside for the remainder of the year. 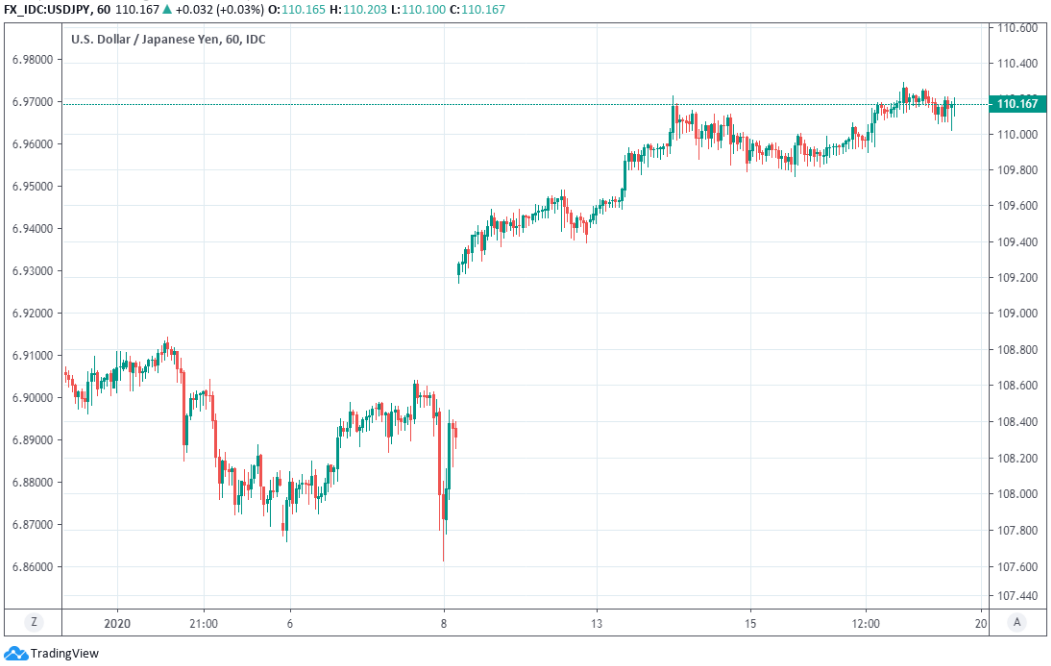 Above: USD/JPY rate at hourly intervals

"While we are sceptical of the economic benefit of the Phase 1 trade deal signed, the economic data released by China today does at least over the near-term reinforce the positive sentiment," says Derek Halpenny, head of research, global markets EMEA and international securities at MUFG. "These better conditions for now will likely fuel capital outflows from Japan, reinforcing yen weakness. The weekly flow data from the BoJ indicates this has begun."

The global economy was wounded by the U.S.-China tariff fight that's dominated the news agenda since early 2018 and as a result central banks including those in the U.S. and Europe have cut their interest rates and warned that further rate cuts will follow any incremental economic slowdown. That's forced down bond yields and made stocks more enticing to investors of all stripes including those in Japan, who tend to travel widely given decades of slow growth, limited inflation and low return prospects at home.

Japan's collective appetite for investing offshore waned early in the New Year, with capital outflows recorded by the Bank of Japan (BoJ) declining sharply, but that appetite returned last week and in a big way. New Year saw tensions rise between the U.S. and Iran, and augured fresh doubts about whether Wednesday's 'phase one deal' would ever see ink and paper.

"Japanese investors bought JPY 2,322bn worth of foreign bonds last week. It was the largest one-week total since September 2018. In fact it was the 3rd largest one-week total since the data series began in 2001," Halpenny writes in a research note. "We see scope for USD/JPY to continue grinding higher over the coming days and weeks, especially if the EU and the US can avoid a near-term escalation in trade conflict." 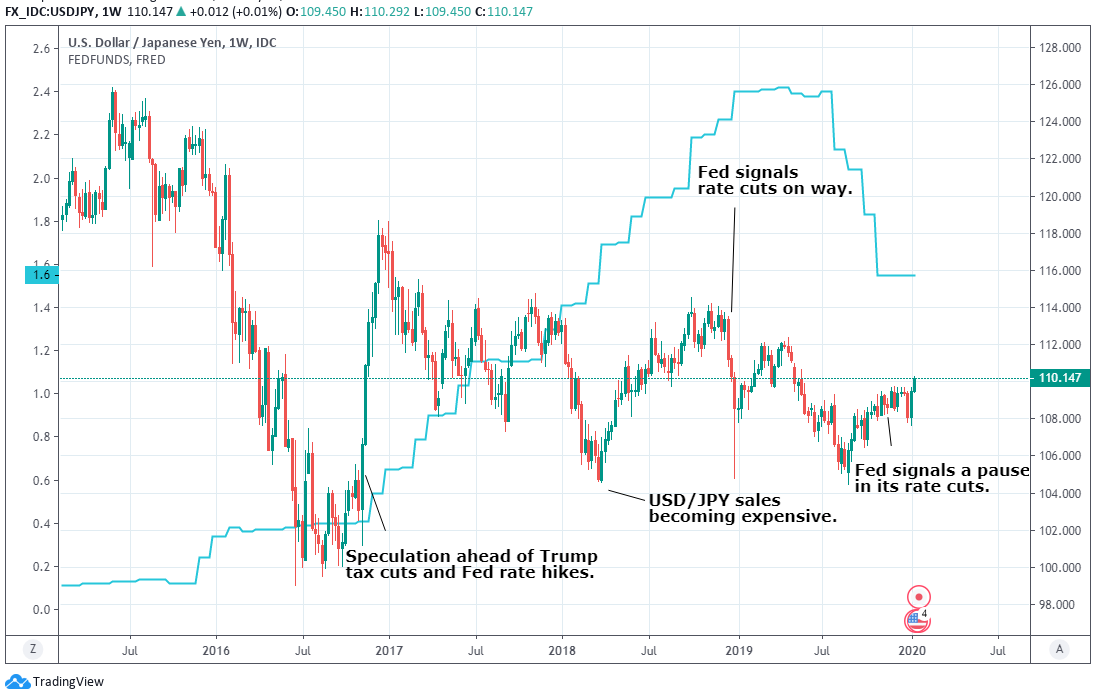 Rate cuts frequently lead to rising stock markets outside of crises, and higher bond prices, while stabilising or rising economic growth rates frequently foster increases in investor risk appetites. All of those things are potentially on the table for the year ahead, while at least two of them may even be quite likely. And each one of them is a potential trigger for increased capital outflows from Japan and more downward pressure on the rapidly deflating Yen.

This kind of a global macroeconomic environment would normally be a negative omen for the Yen, and positive for the USD/JPY rate, in any given year but it's especially so in 2020 in part due to the planned review of asset composition at Japan's Government Pension Investment Fund. That institution has some $1.5 trillion (£1.15 trillion) of assets under management, which is equivalent to more than half of the UK's annual GDP, and its set to announce a new five-year asset composition target before April 01.

After overshooting its target for holdings of foreign assets in the years since April 2014, GPIF decision makers could feel compelled to again lift the target weighting for foreign stocks and bonds, Halpenny has tipped MUFG clients. 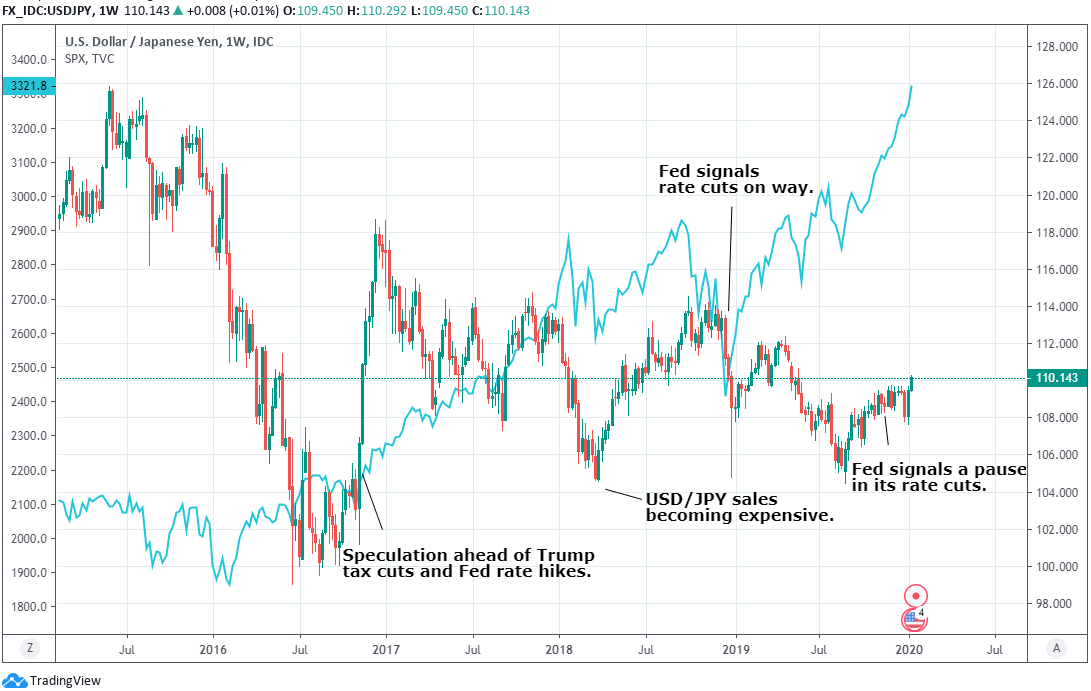 That might not mean much for many exchange rates because the effect on currency markets will doubtless be neutralised by hedging of the primary investment's exposure to currency risk, which requires a simultaneous bet against the currency being bought in order to neutralise the threat of movements that reduce the home-currency value of the primary investment. But that might not apply to USD/JPY because betting against the Dollar is expensive, albeit less so than before the Federal Reserve (Fed) began to cut rates in July 2019.

"The average inflow to US assets from Japan is around US$114bln per month – a hefty amount to be sure. We can extend this to European asset managers as well and ask what the incentive is to hedge FX risk given that it offsets your yield pickup," says Bipan Rai, head of North American FX strategy at CIBC Capital Markets, in a May 2019 note to clients.

It costs money to sell the Dollar because when doing so investors have to pay the relevant interest rate differential which in the case of USD/JPY, would be something like the difference between the Fed Funds rate of 1.75% and the BoJ cash rate of -0.10%. The annualised cost of such hedging rose to 2.9% last year before the Fed eventually cut rates.

U.S. rates have now been cut three times, taking the Fed Funds benchmark down from a post-crisis high of 2.5% to 1.75%, but costs are still to some extent prohibitive of hedging U.S.-bound investments even with the market pricing-in one more rate cut for 2020. That's due as much to the low-and-falling level of borrowing costs elsewhere in the world as it is to the current Fed Funds rate.

All of this could mean there's even more noteworthy upside to the USD/JPY rate in the event that GPIF raises the foreign asset weighting in its portfolio, which matters less for the Pound-to-Yen rate given the Bank of England base rate is only 0.75% and widely expected to be cut either at the end of January or soon after. That means hedging London-bound investments is much less costly than it is for those going to the opposite side of the Atlantic.