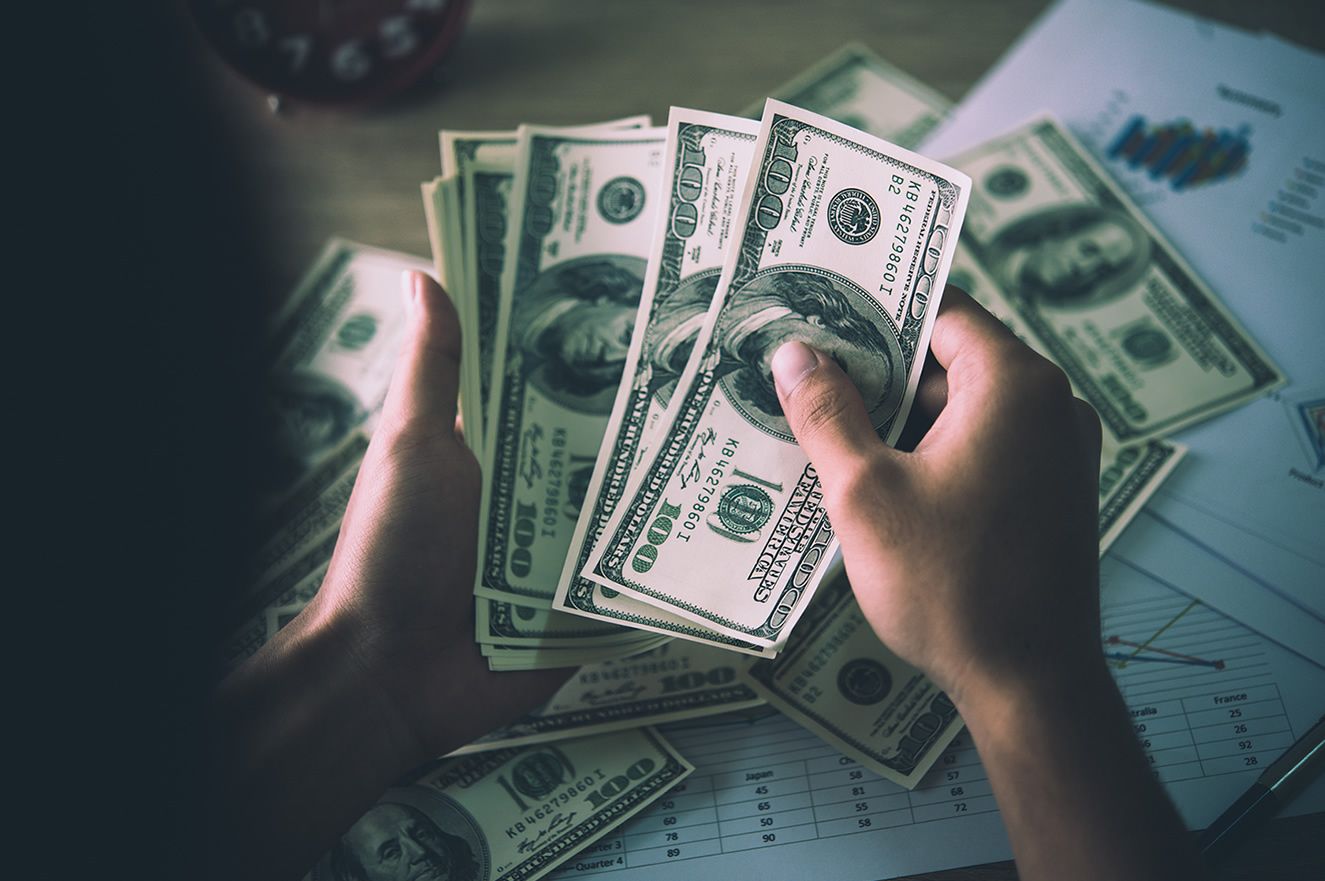 The US dollar is forecast to maintain its advance according to analysts at the world’s largest foreign exchange dealer.

The debate on whether the dollar is entering an extended recovery is being ratcheted up.

Analysts at Citigroup suggest the dollar will extend as markets get the message the US Federal Reserve is looking to raise interest rates at a faster rate than markets are currently pricing.

Others argue the Fed has not seen enough in recent data to warrant higher interest rates to sustain a recovery in the USD.

The dollar is in recovery mode and the May rally has ensured the pound to dollar exchange rate has endured days of unanswered decline.

GBP/USD has fallen from levels above 1.46 at the start of the month to the 1.44's we are currently seeing.

There could be further declines in store as Citigroup’s FX research division believe the dollar’s May recovery has further to run as markets are deemed to be on the wrong side of reality.

(The view that the GBP/USD is to fall lower has also been forwarded by Societe Generale who are forecasting levels towards 1.35).

The dollar fell through February, March and April but has recovered some of these declines in May.

From a technical perspective, the dollar index (a basket of the biggest USD-based pairs) is not yet in recovery mode.

As we can note it remains in a downward-sloping channel while still trading below the 50 and 100 day moving average: 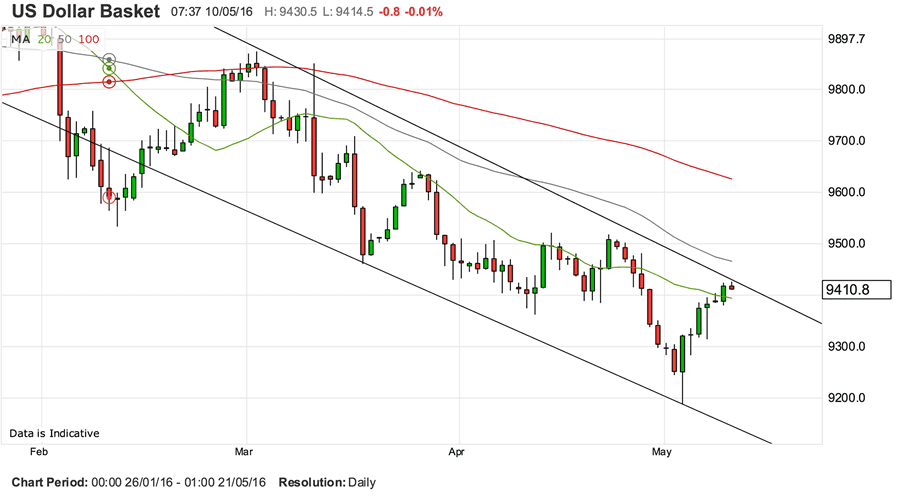 At Pound Sterling Live we typically suggest the minimum requirement for a turn-in-trend is the breach of the 50 day moving average as it suggests enough of the pro-trend market has been cleared out by the counter-trend.

From a fundamental perspective the dollar’s negativity is an expression of markets betting that the US Federal Reserve is turning increasingly shy of raising interest rates in 2016.

The promise of higher rates to global investors have long been the driving force behind demand for the dollar.

The US April employment data released in the first week of May was ambiguous from the perspective of giving direction on interest rate hikes - payrolls missed but wage growth continues to move higher.

The dollar has meanwhile found support as disappointing Chinese trade data released over the weekend creating a bias to risk aversion, an environment that is supportive of the USD especially against the commodity complex (AUD, NZD, ZAR, CAD).

“The limited post NFP fallout following a disappointing headline jobs headline also serves as a reminder of how underpriced market Fed tightening expectations remain, attaching just a 50% probability of one hike this year,” say CitiFX in a market briefing note.

When market pricing is contrasted with the latest communications from various Federal Reserve members there is the argument to be made that markets are potentially overly-negative on US interest rate expectations, and thus the dollar.

Dudley, Evans and Kashkari have come out since the Friday jobs data release and stated that a June interest rates is not off the table and that it is a reasonable assumption to expect 2 rate hikes this year.

CitiFX's technical analysis team expects the USD recovery to be more sustained given the underpricing of the Fed rates outlook but also given the risks faced elsewhere that is likely to see USD as the ‘safe haven’ of choice over the next 3 months.

To express this pro-USD stance CitiFX strategists have gone short EURUSD at 1.1383 with a minimum target of 1.0820 and a likely extension back towards the trend lows at 1.0458-1.0523 given a range of upcoming event risks for the euro zone in the next 2 months.

The Risks that Lie Ahead

Risks that could stimulate dollar demand over coming months include the UK’s EU referendum on June 23rd and where UK economic data is now starting to show the strains from uncertainty about the vote.

A vote to leave in the UK referendum will likely also damage Eurozone sentiment.

Greece is starting to gain some focus with policymakers and the IMF at odds over whether Greece can achieve its agreed fiscal targets and with regards to Spain there is the danger that markets are underestimating the risk of the June 26th elections which are scheduled adjacent to the UK referendum.

China’s growth trajectory could also offer fresh shocks which would in turn impact on demand for commodities such as oil and iron ore.

US Dollar Downgrades at Lloyds

Citi strike something of a positive tone on the Greenback but we hear from another major research house that the while US Fed will raise interest rates in 2016 it won’t be in June.

Lloyds Bank Commercial have advised clients they have lowered their forecasts on the US dollar complex on the assumption the next US Federal Reserve interest rate will be in September and not June.

“This reflects ongoing caution among policymakers and recent mixed signals from the US economy. Our US policy rate forecasts, nevertheless, still contrast with market expectations, with the next hike not fully priced in until next year,” say Lloyds in the latest publication of their International Financial Outlook.

Expectation of a US policy rate rise in September underpins a forecast for 10yr yields to rise above 2% by the year end, which we expect to be sustained into next year.

This translates into near-term US dollar forecasts being lowered, but the year-end end target for EUR/USD is unchanged at 1.12.

Analysts confirm they still see a weaker yen, though year-end USD/JPY is revised down slightly to 116.