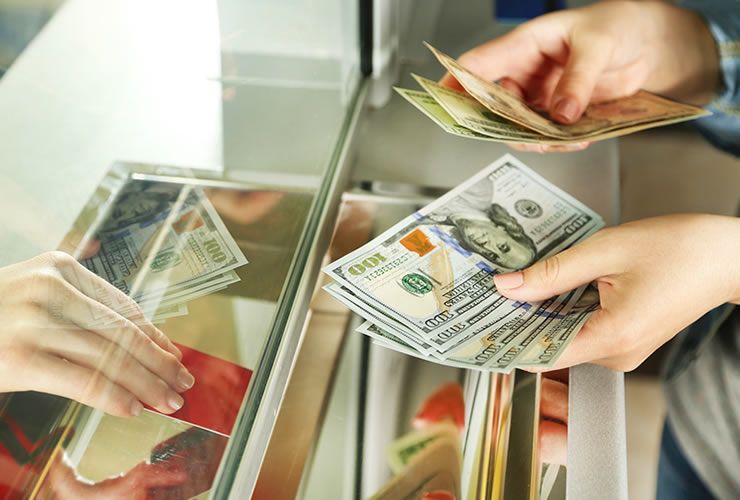 The pound sterling may have hit its maximum and is predicted to be on the path back towards 1.35 by analysts at Societe Generale.

Those looking to exchange pounds into dollars should be aware that the purple patch we have witnessed over recent weeks may ultimately be about to come to an end.

The pound’s rapid rise has caught many by surprise, particularly if we consider just the rapid decline in the pound as markets woke up to the risks associated with the upcoming EU referendum.

The recent fall in US real yields has triggered a bounce for index-linked gilts vs. TIIPs and that helps explain part of the bounce in GBP/USD of late. 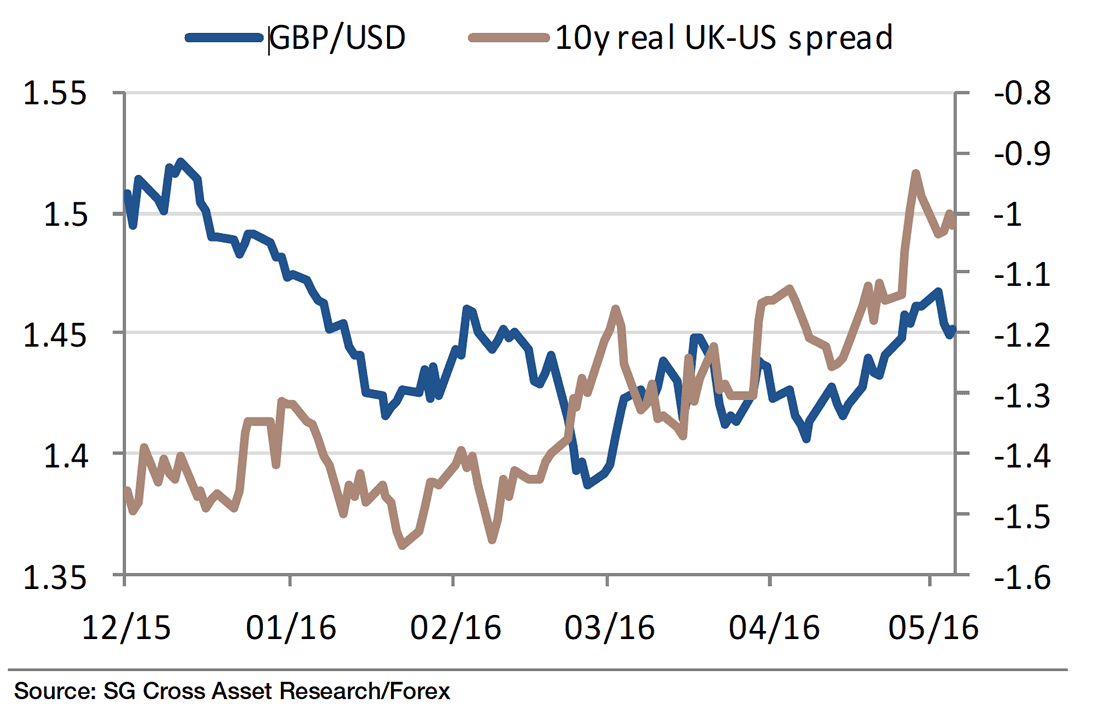 This has been aided by a realisation that the sell-off on the basis of an UK exit from Europe was potentially overestimated. Markets had to buy GBP to cover up for the fact that there remains a mere 33% chance of this happening.

The rally does however appear to have reached a limit, something we at Pound Sterling Live were growing increasingly wary of towards the end of April.

The question, as always, is where next?

Stepping forward with their forecasts for the UK unit are Societe Generale who warn we are about to see deep declines ahead.

In fact, analyst Kit Juckes warns that the pound to dollar conversion is likely to break below 1.40 in convincing fashion.

“For now, we’re shaking positions out but the dollar’s low will be seen in Q2, whatever happens in reaction to this week’s data. We’ve one toe in the water with short NZD/USD and now another with short GBP/USD,” says Juckes.

As can be noted, the thrust behind the lower GBP/USD is likely to emanate from a strengthening US dollar.

Juckes argues that what those betting on a further decline in the US dollar needs is a combination falling/low real yields, and falling/low volatility.

This is really a way of saying that once the position unwind is over, the bears will be flushed out by either increased asset market volatility or by renewed expectations of Fed tightening (and higher real yields).

Rationale for a Lower British Pound

While the dollar is forecast to recover, Juckes and his team at Soc Gen are also unconvinced on the UK economy’s ability to command higher levels in GBP.

The UK economy is slowing steadily. This week we had confirmation that the three main pillars of the economy - services, construction and manufacturing - are all slowing down at a faster-than-expected rate.

In terms of market positioning Juckes argues that there is still enough space left in the market for further entrants into the short GBP-USD play.

Juckes argues that the rally in gilts, a large reason for sterling’s own rally, is unlikely to be sustained, something corroborated by the team at TD Securities. (Note here that TD are also forecasting a decline in GBP/USD to 1.35).

Such a decline, if it does come to pass, will represent a massive shock for those looking to exchange pounds into dollars. In fact we would expect the flow by the retail market to pretty much dry up.

The decision to forgo sizeable international payments would be justified in view of the fact that these levels were last seen in the 1980's and many would expect such low levels to be a permanent feature.

Therefore those with currency payment needs should talk to their broker about having a stop-loss placed around the 1.40 marker.

Another way of approaching GBP/USD is from a technical perspective - price action as depicted on the charts has the ability to provide insights as to future action as it betrays an underlying structure to the market.

With that in mind we have noted a number of arguments that suggest the pound's weakness is likely to remain limited going forward.

"We turned neutral GBP last Wednesday and were of the view that the corrective pull-back from the high 1.4770 has scope to extend lower to 1.4400. While a move below 1.4400 would not be surprising, downward momentum is not strong at this stage and a sustained move below this level appears unlikely," says Quek Ser Leang at United Oriental Bank in Singapore.

"Overall, GBP is expected to be on the defensive unless it can reclaim 1.4545 in the next few days," says Leang.

Strategists at Credit Suisse are watching support at the 38.2% retracement of the February/May recovery at 1.4414.