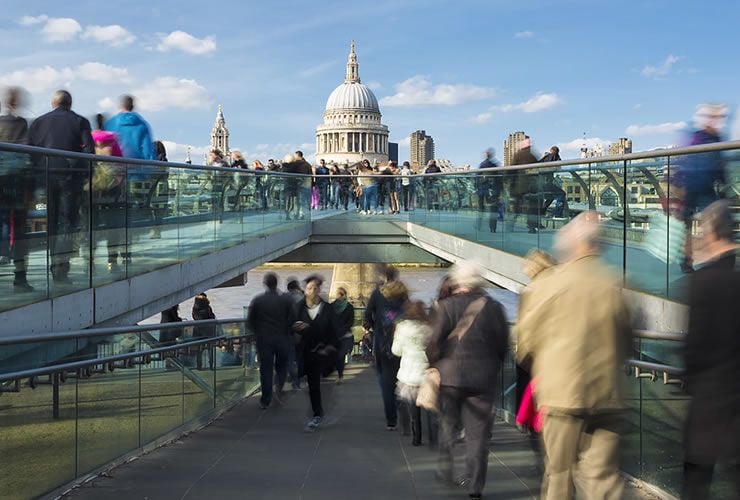 The Bank of England will surely have to take note of the fact UK prices are rising at a rate that is subduing economic growth.

The British pound is weak across the board as service PMI data for April has disappointed market expectations with a release of 52.3 - analysts had forecast a reading of 53.5.

Combined with the disappointments recorded in the construction and manufacturing series the message is coming across loud and clear - the UK economy is slowing down.

The 12-month outlook for services activity according to survey respondents remained relatively subdued in April, with sentiment the joint weakest in over three years as firms continued to report an undercurrent of market uncertainty.

"With the services sector making up 79% of UK GDP, today’s three-year low for the services PMI indicates that not only will expectations of growth be lower, but the chance of a 2016 rate hike just fell further," says Joshua Mahony, Market Analyst at IG.

This view is a little too simplistic though.

If we dig into the report we can note some interesting developments:

“The introduction of the national living wage was reported as a key factor driving up input costs in April. The rate of inflation hit a 27-month high, with cost pressures also linked by firms to rising fuel prices and the impact of the weaker pound." 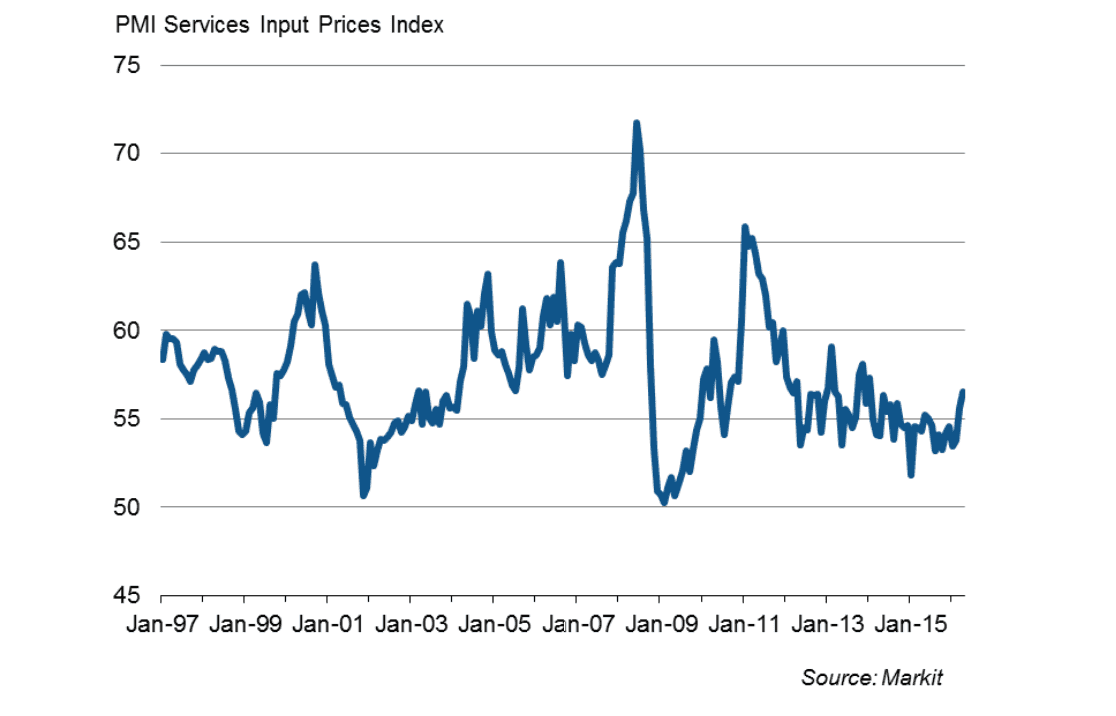 The bottom line here? Prices are rising, and they are rising at a rate that could jeopardise growth going forward.

How do you deal with rising inflation? You raise interest rates. So on evidence, surely this report is an argument for higher rates?

The Bank of England is mandated with targeting an inflation rate around 2% and have argued for some time now that low inflation in the UK does not warrant a policy response.

There is an acknowledgment that prices will continue to rise over their forecast horizon, and rate rises will come in due course as a result.

However, judging the speed at which this inflation will be delivered is notoriously tricky, and PMI surveys are useful in conveying the reality on the ground.

However threatening inflation appears to be, we concede the Bank will likely be unmoved and await official statistics on prices.

There is even the suggestion the Bank may cut rates further:

“The deterioration in April pushes the surveys into territory which has in the past seen the Bank of England start to worry about the need to revive growth, either by cutting interest rates or through non-standard measures such as QE,” says Chris Williamson, Chief Economist at Markit.

Next week the Bank of England meet and delivers their latest policy decision while also releasing their inflation report.

“On the assumption that the softening in activity is likely to be temporary and may be recoupled in the second half of the year, we anticipate a passive MPC stance pending more clarity on the key global and domestic economic uncertainties,” say Lloyds Bank in a note to clients.