The Pound is "in trouble" says an analyst at Société Générale, who is looking for a fresh decline in the Dollar to transpire.

"GBP/USD is at risk of again falling below 1.20 in the very near term," Soc Gen strategist Olivier Korber says in a note dated August 09.

Korber says the fundamental rationale behind the trade is compelling, citing the worrying forecasts put out by the Bank of England last week that showed UK inflation was set to peak at "a whopping 13%".

Furthermore, the Bank of England's economists expect a four-quarter recession to start in the fourth quarter of this year. 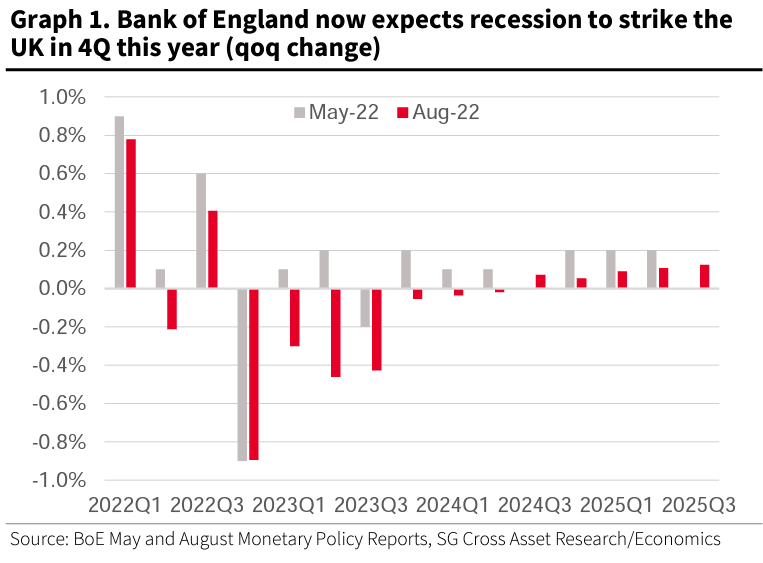 The contrast with the U.S. economy's outlook is meanwhile stark, according to Korber.

"The unexpectedly positive US employment report last Friday is in sharp contrast with the grim UK economic outlook. Recession fears are now receding in the US, and the debate has started on whether or not there will be a second consecutive 75bp Fed hike. With room for further sterling shorts, GBP/USD is at risk of again falling below 1.20 in the very near term," says Korber.

The U.S. economy added 528K jobs in July, a number that more than doubled the 250K jobs the market was expecting and aided a rebound in the U.S. Dollar.

The Dollar rose against the Pound, Euro and other major currencies after the U.S. Bureau of Labor Statistics said the boost in jobs pushed the country's unemployment rate down to 3.5% from 3.6%.

The jobs data will shore up expectations for the Federal Reserve to continue its policy of pursuing aggressive interest rate hikes, which is in turn supportive of the Dollar.

Korber notes the recent July rally in Sterling-Dollar looks in fact to be a mere bounce within a more determined downtrend. 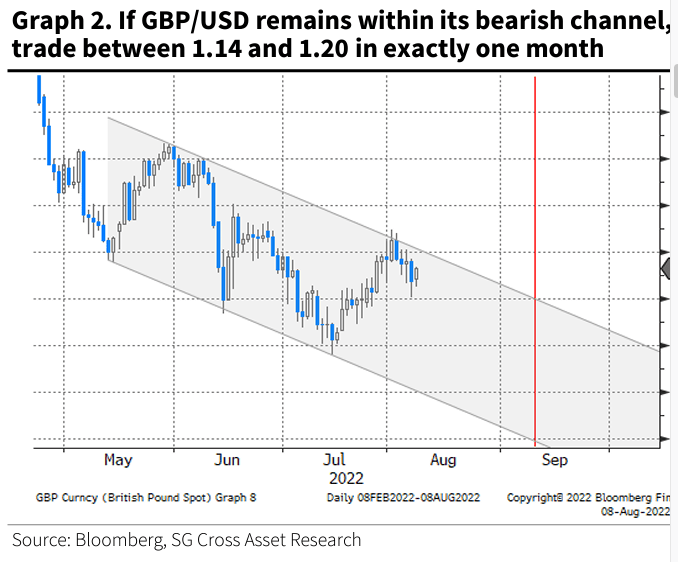 Risks to the bearish Sterling thesis is that the Bank of England's forecasts for a long and enduring UK recession turn out to be wrong and there are numerous economists we follow who have said as much.

Forecasts for a long-running recession have been branded unrealistic by Savvas Savouri, Chief Economist and Partner at hedge fund Toscafund Asset Management.

"To the Bank of England and its economists, I say this. You have no idea what a real recession looks like and will be proven so wrong. Indeed, you will be so embarrassed by what you have been part of that choose to hide from your CV the fact you worked in Threadneedle Street over a period which will go down in history as its forecasting worst," he adds.