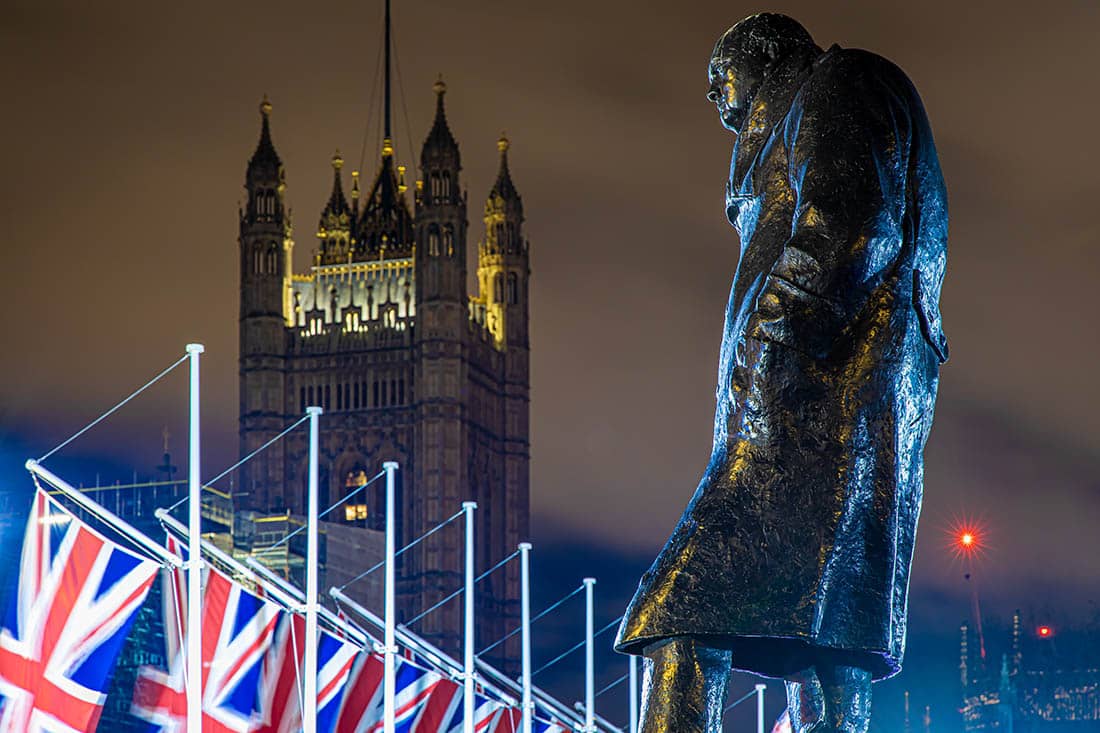 The Pound-to-Dollar rate must navigate an oncoming Bank of England (BoE) policy decision and an important U.S. jobs report, the headlights of which could potentially have a dampening impact on the British currency though recently improving demand Sterling may mean a renewed attempt on the 1.40 level is just a matter of time.

Sterling has outperformed many currencies including the greenback of late with a capitulating coronavirus widely cited for improving appetite among institutional analysts, investors and traders, which could keep GBP/USD on its front foot and buoyant over the coming days.

The coronavirus' retreat in Britain paints a picture of stark contrast between fortunes of the UK economy and those of other countries including Australia, Japan and many others currently mired in renewed or otherwise mounting waves of infection; not to mention increasing restrictions on business activity and social contact.

Dollar declines are playing a role too however, following last Wednesday’s Federal Reserve (Fed) policy decision which lifted the Pound-Dollar rate back above 1.39 and to the level around which it entered the new week. 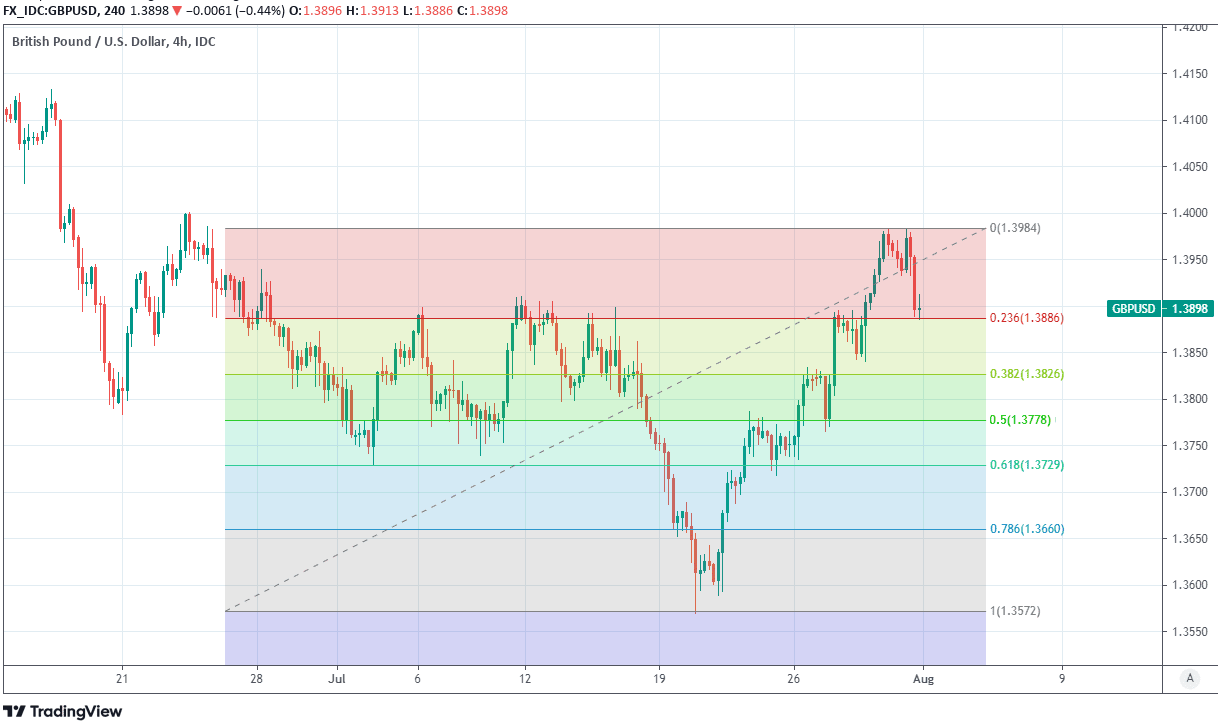 “The FOMC advanced the tapering discussion without shifting the timeline, removing a potential source of Dollar upside. Still, the meeting confirmed that the Fed is moving towards the exit, with less concern about the Delta variant, and those plans will probably be even firmer if next week’s payrolls report is as strong as expected,” says Zach Pandl, co-head of global foreign exchange strategy at Goldman Sachs.

“While the fog might be starting to clear a bit, we expect the Dollar to be range bound vs the G10 for a little longer, and we will wait for more clarity on these issues before reengaging on our core bearish USD view again,” Pandl and colleagues say in a note written Friday.

Chairman Jerome Powell and Federal Open Market Committee (FOMC) colleagues have officially begun to provide the “advance warning” that was assured before any eventual decision to announce a tapering of the bank’s $120BN per month quantitative easing (QE) programme, marking the beginning of a process that will lead to “more and more clarity as we move forward,” through the coming FOMC policy meetings.

Lifting the Pound-to-Dollar rate has been the fine print of the Fed’s guidance suggesting that more than one further FOMC meeting could be required before U.S. policymakers could be content to make a call that would steadily pare back the Fed’s mammoth bond-buying programme, which has somewhat scuppered what were previously mounting suggestions that the bank could make such an announcement in September, if-not before.

Above: Fed meeting calendar for the remainder of 2021.

“In coming meetings, we will continue to assess progress and the conditions under which it will be appropriate to start paring back the pace of our asset purchases,” says Fed Board Governor Lael Brainard, one of seven permanent voters on the twelve-member FOMC, in a Friday speech.

“It is important to emphasize that the achievement of substantial progress that will determine when the Committee starts reducing the pace of asset purchases is distinct from the maximum employment and inflation outcomes that are in the forward guidance for the policy rate,” Brainard later said.

The Fed’s patient approach to adapting its policy settings has dealt the Dollar and advocates of an appreciation a setback, but not enough so to prompt a renewed leg lower; hence why the 1.40 level proved a bridge too far Sterling last week despite a spirited attempt at it in the latter half.

“For the most part, the Fed’s message landed on the financial markets with a thud, as a wait-and-see sentiment appears to be the prevailing view among investors. That makes sense considering all the uncertainties regarding inflation and the path the economy will take over the next several months amid the spreading Delta variant of the virus,” says Bob Schwartz, a senior economist at Oxford Economics.

The Fed’s patience has roots in a desire among FOMC officials to see the U.S. job market better repaired before emergency monetary support is steadily withdrawn from the economy, which means there’s a lot to be determined by the outcome of Friday’s non-farm payrolls report.

“GBP/USD has again shot higher to reach the 55-day ma at 1.3967. Between here and the 1.4018 pivot we would allow for initial failure (we have warning signals on intraday charts). Intraday dips lower are likely to be supported around 1.3800,” says Karen Jones, head of technical analysis for currencies, commodities and bonds at Commerzbank.

Along the way toward Friday’s job report Sterling will be sensitive to anticipation and the outcome of Thursday’s 12:00 BoE decision and Monetary Policy Report, notably in relation to whether the bank’s forecast for inflation in the third quarter of 2024 has the consumer price index above the 2% target.

The latter would be supportive of the Pound-Dollar rate as it could signal increased scope for an interest rate rise before the earlier assumed time of mid-2023, while any projection of 2% or lower would likely leave Sterling struggling for additional momentum.

“GBP/USD is likely to test the 1.4000 level. However, given that we see an upside to EUR/USD as limited and the UK specific news should not provide too much boost to sterling next week, we don’t look for a material spike in GBP/USD above the 1.400 level next week – rather a shallow one, if any,” says Petr Krpata, chief EMEA strategist for FX and interest rates at ING. 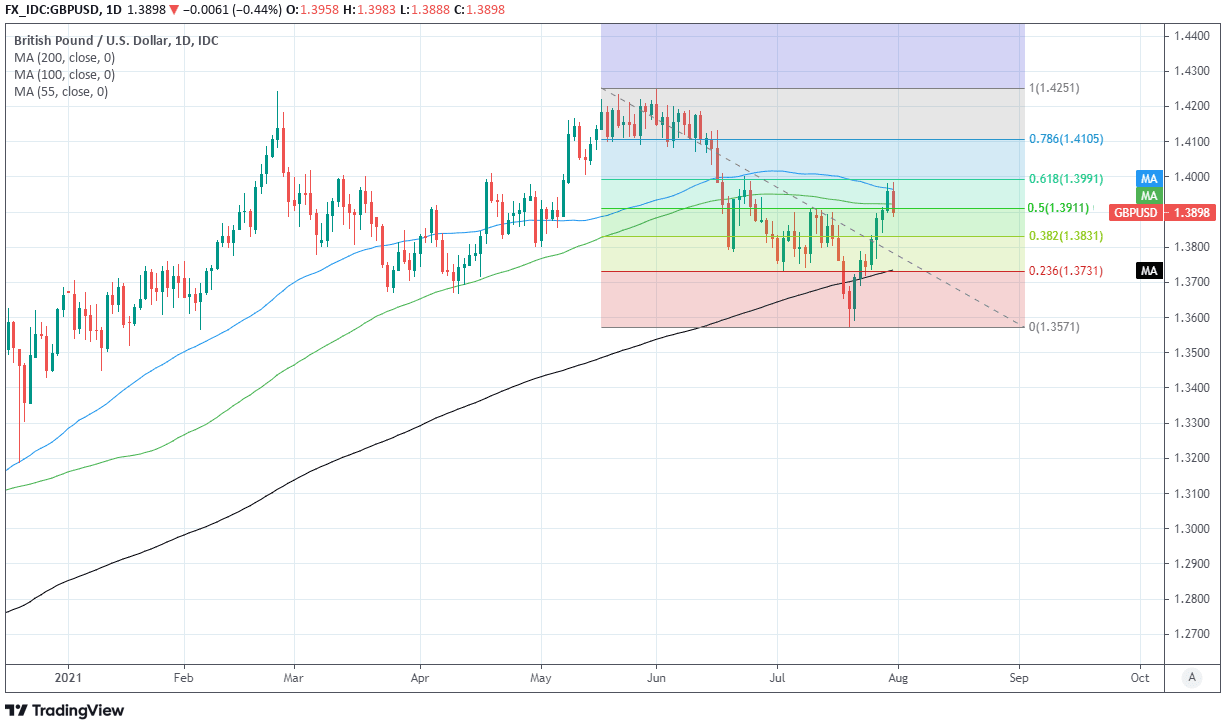 Krpata and the ING team see Sterling deriving little additional momentum from Thursday’s BoE decision however, and if correct this would see the Pound-Dollar rate dependent for support on the outcome of Friday’s 13:30 American jobs data.

“The [Dollar Index] reaction to previous nonfarm payroll reports is clear – the tendency for the dollar to weaken is quite strong. In the last eight NFP releases, the dollar has weakened one hour later on seven of those times – an implied 88% probability. This reflects the fact that markets position for very strong job growth which fails to meet expectations,” says Lee Hardman, a currency analyst at MUFG.

Consensus expects Friday’s report to be a blockbuster with an anticipated 895k increase in employment that would make for a second consecutive month of numbers close to 1 million after 850k jobs were created in June, which may leave the market susceptible to disappointment.

“Total nonfarm payroll employment increased solidly over April and May, though at a slower monthly pace than over February and March,” minutes of the Fed’s June meeting read in reference to payroll growth that was understood to have been 278k and 559k respectively at the time.

Lower-than-expected job growth on Friday could be a modest headwind for the Dollar Index and an uplifting influence on the Pound-to-Dollar rate. 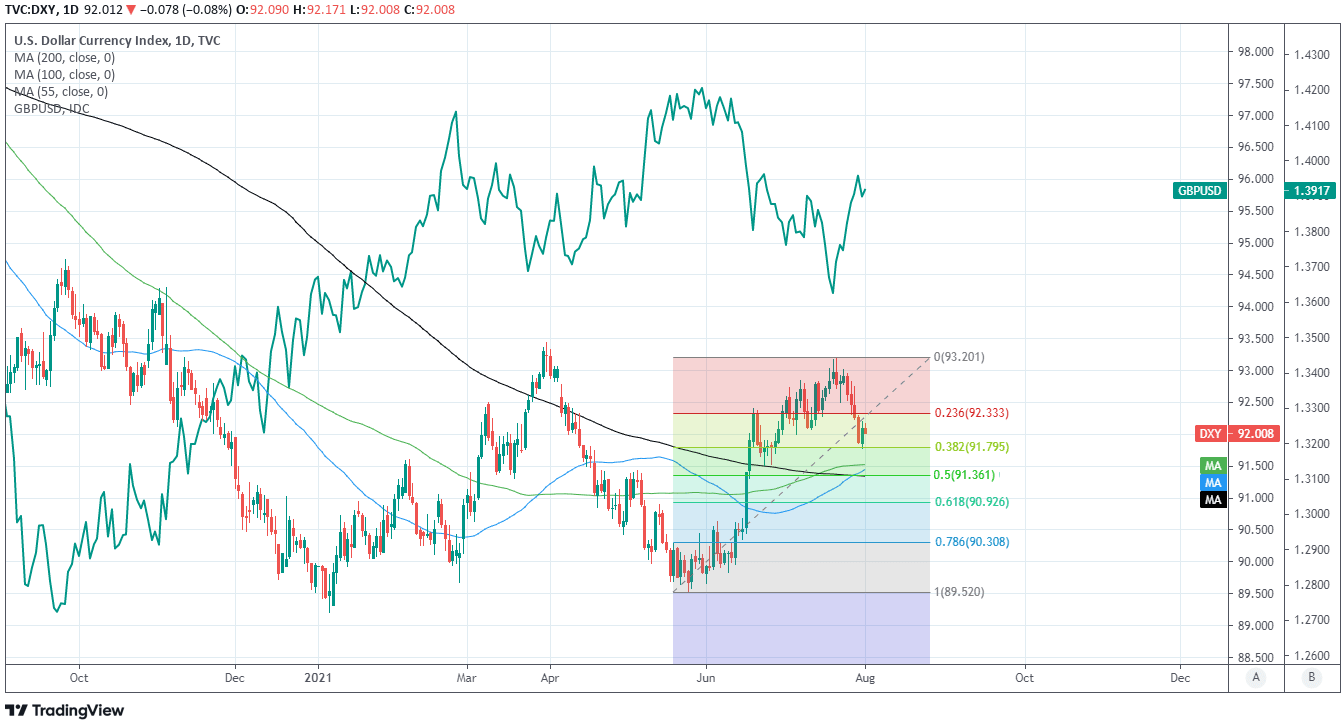 Above: U.S. Dollar Index shown at daily intervals alongside GBP/USD.