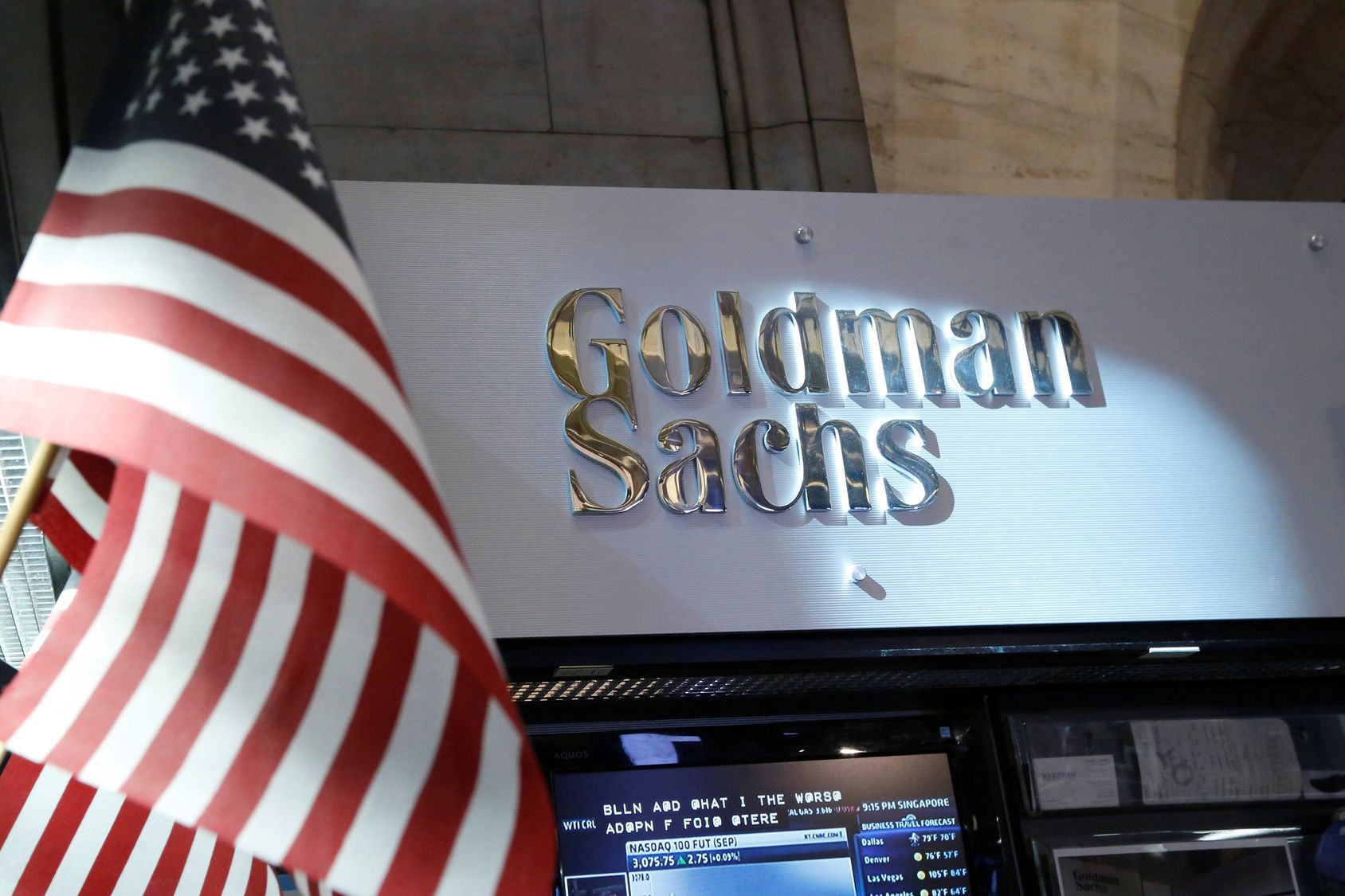 Foreign exchange analysts at Wall Street investment bank Goldman Sacks are maintaining a view that the U.S. Dollar will decline over the coming 12 months, even as they acknowledge the currency's strong start to 2021 has confounded their expectations.

Analysts meanwhile maintain a view that the Pound should benefit "on a tactical basis", supported by the UK's quick vaccine rollout which has helped suppress the risks from new covid variants.

The resilience of the U.S. Dollar was again on display at the start of the final week of March, with the currency on Monday overturning a sizeable loss against the Pound to end the day stronger than where it started.

"The US Dollar has had a strong start to 2021, in contrast to our expectations," says analyst Zack Pandl with Goldman Sachs in New York. "We are sticking with a bearish Dollar outlook for now". 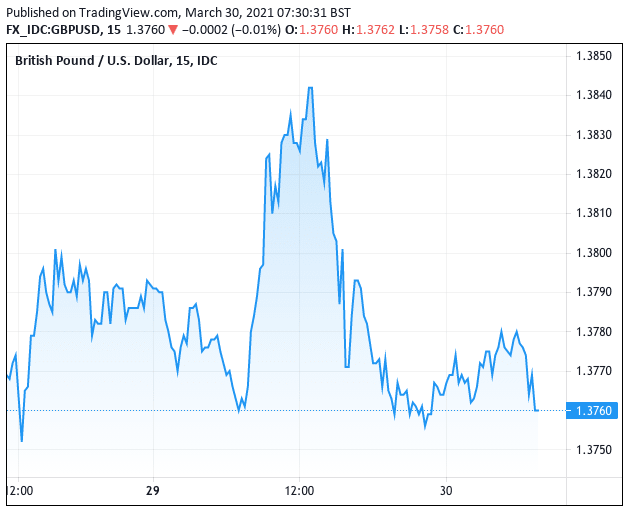 Above: Fleeting Dollar weakness against Pound Sterling on March 29-30.

The Dollar is one of the better performers of 2021, only losing value against the Canadian Dollar, Pound and Norwegian Krone in the G10 space; but here the losses are less than 1.0% at the time of publication and further bouts of strength could well see it attain the crown of 2021's best performing major currency.

Despite the rebound, Goldman Sachs reiterate to clients in a weekly currency market briefing they have not revised their forecast for broad Dollar depreciation for the balance of the year, for a few reasons.

One reason is an expectation that the market is being too aggressive in its pricing of interest rate rises at the Federal Reserve.

The Dollar has been bid as markets look to U.S. inflation expectations and conclude that rising inflation over coming months will push the Fed into exiting its quantitative easing programme and raising rates in order to cool prices.

A side effect of higher rates is often a higher Dollar as global investors channel capital into higher yielding U.S. money market assets.

The U.S. OIS curve - which indicates what the market expects of the Fed - suggests the first hike could come around January 2023, and a 0.7% funds rate could be in place by the end of 2023.

By contrast, Goldman Sachs forecast a first hike only in 2024, in line with the Fed's official projections.

Another significant driver of U.S. Dollar appreciation in 2021 has been then view that the U.S. economy is set to outpace its global peers, driven by a rapid vaccination programme and generous fiscal support from the Biden administration.

This 'U.S. exceptionalism' can drive Dollar appreciation as global investors buy into U.S.-based assets that would typically be expected to outperform.

But Goldman Sachs forecast strong GDP growth in most economies over the next year—because they all benefit from the vaccine-led reopening—not just the U.S. If they are correct, the Dollar would understandably benefit less as investors eye alternative global investment opportunities.

"Admittedly, the Biden Administration’s plans for another large fiscal easing raise the risk of continued US outperformance, but a substantial degree of divergence is already priced in," says Pandl. 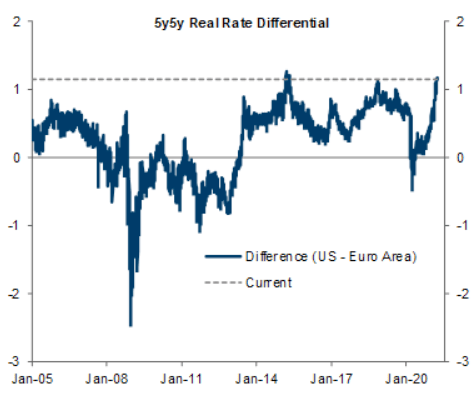 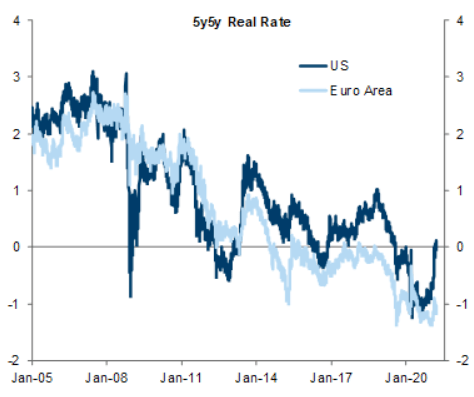 "Increased confidence in our upbeat European growth forecasts (e.g., due to accelerating vaccine distribution) would be reason to lean in to Dollar shorts," says Pandl.

Meanwhile, analysts are reluctant to upgrade their forecasts for the Dollar-Yuan exchange rate, which accounts for 14% of the Dollar trade-weighted basket. They say the Yuan should remain supported as China's multi-year attempt at internationalising the currency continues to offer support, as do the high interest rates on offer in the country.