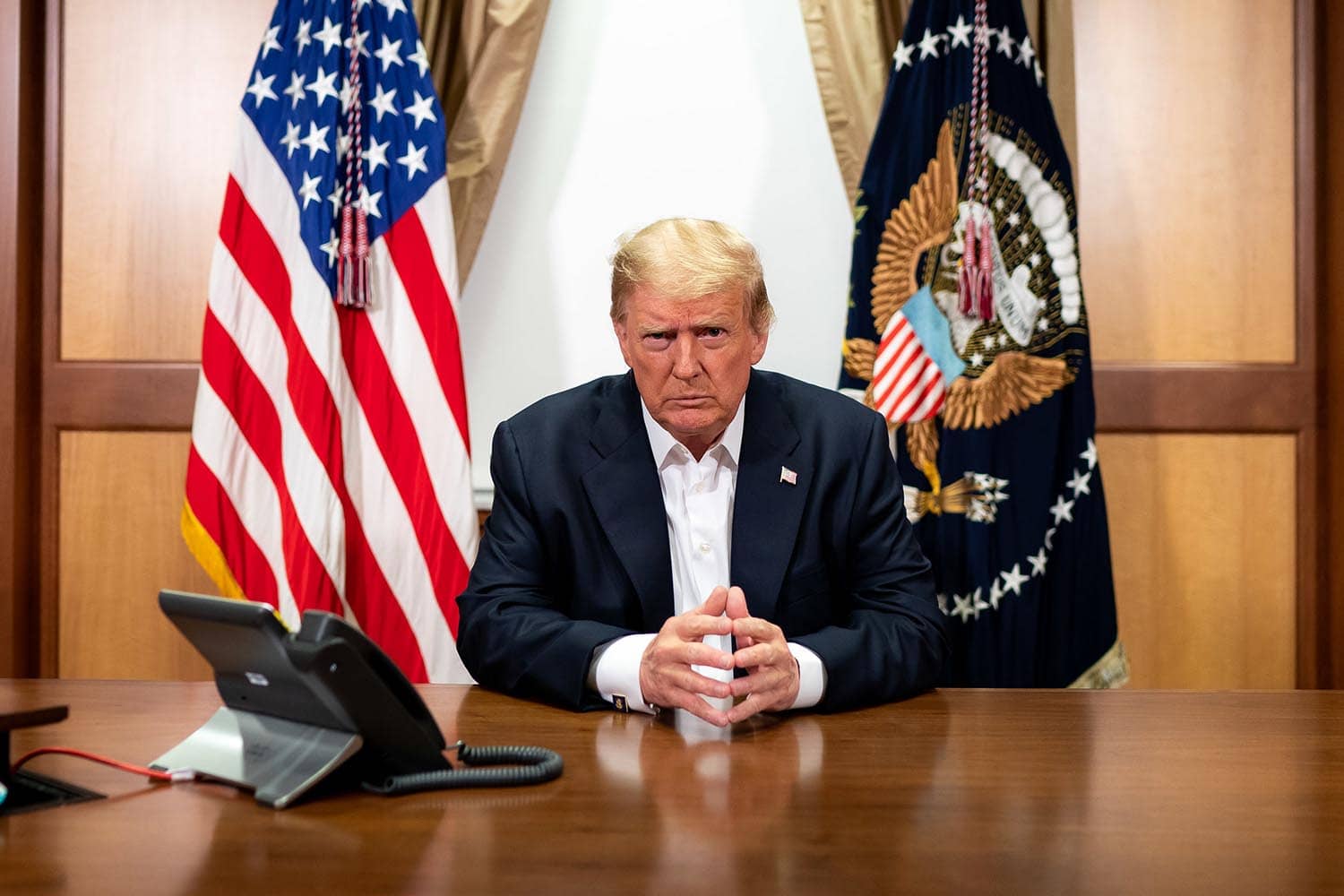 Stock markets and commodities fell while the safe-haven Dollar, Yen and Franc were bid higher after President Donald Trump unexpectedly ended negotiations with Democrats over a large coronavirus relief and stimulus package.

The question of whether the Democrats and Republicans would agree on a new multi-billion dollar aid package for the covid-hit economy had become a key concern for markets of late, with Trump earlier in the week urging fast action on a fifth major coronavirus aid bill to augment the more than $3 trillion approved earlier this year.

But with both sides looking unable to reach a compromise Trump ultimately pulled the plug. "I have instructed my representatives to stop negotiating until after the election when, immediately after I win, we will pass a major Stimulus Bill that focuses on hardworking Americans and Small Business," said Trump.

"U.S. President Donald Trump’s decision to call off U.S. fiscal stimuli negotiations until after the U.S. elections has already triggered some USD buying, dragging EUR/USD and GBP/USD back below 1.1750 and 1.29, respectively," says Roberto Mialich, FX Strategist with UniCredit.

Senate Majority Leader Mitch McConnell, who had reportedly been cool to a large new aid package, told reporters he supported Trump’s move. He said he thought the Republican president believed that a deal with Democrats was not in the offing and that "we need to concentrate on the achievable." 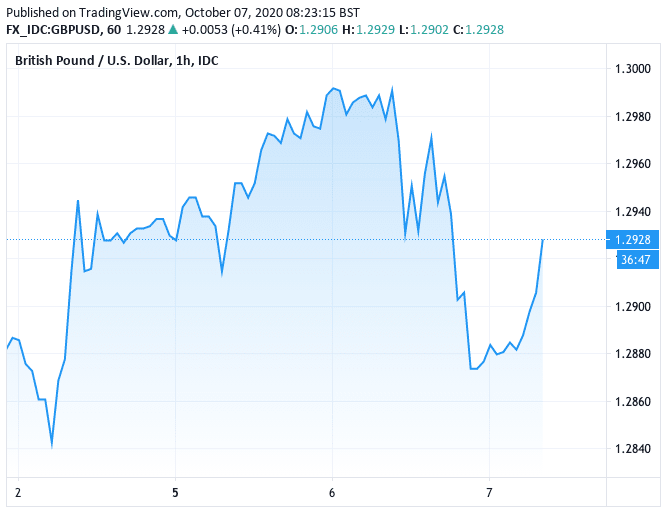 Above: Price action in GBP/USD showing the falls endured on Oct. 06, but the market is not following through with Dollar buying on Oct. 07. If you have a GBP/USD payment requirement and would like to lock in current levels for use at a future point in order to protect your budget, please learn more here.

But the GBP/USD and EUR/USD pairs are at 1.2918 and 1.1760 respectively on Wednesday, suggesting there has been no significant follow through overnight as Trump made clear in subsequent tweets that he was still open to some element of stimulus support.

"If I am sent a Stand Alone Bill for Stimulus Checks ($1,200), they will go out to our great people IMMEDIATELY. I am ready to sign right now. Are you listening Nancy?" said Trump.

This appears to have pared some of the sharp market moves that followed the announcement that talks were off.

"In further tweets he did highlight the stimulus he would sign off on, including support for airlines and to protect pay. As such, markets have stabilised within recent ranges," says Robin Wilkin, Cross Asset Strategist at Lloyds Bank.

"The Dollar lost some of the ground gained yesterday due to an increase in risk appetite, as Donald Trump appeared to have a late-night change of heart, tweeting about the need for financial support for struggling families and businesses," says Ricardo Evangelista, Senior Analyst, ActivTrades.

"Trump has ordered negotiations with the Democrats on a new fiscal stimulus package to be put on hold until after the elections. While the immediate impact reaction of the Dollar has been positive, due to the prevalence of its safe haven status, the effect could reverse subsequently and transform into a weakening," says Asmara Jamaleh, Economist at Intesa Sanpaolo.

Jamaleh says the impact of the cessation of negotiations could work against the Dollar because the recovery of the US economy – as also explained by Powell a few hours before Trump’s announcement – cannot yet be considered as sure-footed, and further fiscal stimulus is essential.

One reason for U.S. Dollar strength over recent months, and even years, has been the U.S. economic outperformance against its rivals.

Global investors have been keen to invest in this economic outperformance, sending investment into the U.S. and thereby bidding up the value of the currency.

Remove this exceptionalism and the Dollar understandably comes under pressure.

However, on this particular matter, expectations for significant stimulus on a Democrat sweep of Congress and the Presidency should limit the extent of concerns.

Of late polls have reflected an increasing lead for Biden and the Democrats which is cementing a view that a Biden administration will be able to offer significant support early on in the administration, thereby taking pressure off the Fed to potentially boost quantitative easing further or cut interest rates.

This could be positive for the Dollar. Yet it must be noted that there are numerous drivers of the Dollar at present, while it ultimately still remains difficult to gauge what a Biden win would mean for the currency over the longer term.

"A full break of EUR/USD back above 1.18 and of GBP/USD above 1.30, respectively, is still not an easy task, although this remains our central scenario," says UniCredit's Mialich.