- Where next for the 'big Dollar'?
- Soc Gen: EZ economy to outperform U.S.
- UBS: Safe-haven flows into USD to reverse
- Goldmans: No imminent 2nd covid-19 wave

The U.S. Dollar has appreciated in value for a number of years now courtesy of the superior growth prospects of the U.S. economy relative to the rest of the world as well as higher interest rates at the U.S. Federal Reserve, but the currency's time at the top is drawing to an end say analysts.

Earlier in 2020 the currency found an additional boost as cash became scarce during the coronavirus meltdown, with the late-February and early-March gains serving as a reminder to investors the Dollar also benefits from its safe-haven status in times of turmoil.

However the safe-haven bid has ultimately proved fleeting and the coronacrisis looks to have hit the reset button on the Dollar's multi-year cycle of appreciation, beckoning potential losses over coming months and even years.

Analysts at Société Générale - the French-based multi-national investment bank and lender - say the outperformance of the U.S. economy relative to the rest of the world allowed the U.S. to attract global capital from investors looking to maximise returns.

But the coronacrisis and other factors mean that outperformance is no longer guaranteed and this leaves the U.S. Dollar exposed to capital outflows in a cycle where the rest of the world sees superior growth rates.

"In 2018/2019, U.S. GDP growth was 1% faster than in the eurozone, and US economic outperformance sent the dollar higher. The near term is even less clear than usual due to the COVID-19 pandemic, but as the world tries to get back to some kind of normal, we think the tables will turn: the eurozone will grow faster than the U.S., which continues to struggle with an earnings downtrend that was evident before the virus struck," says Kit Juckes, Global Head of FX Strategy at Société Générale. 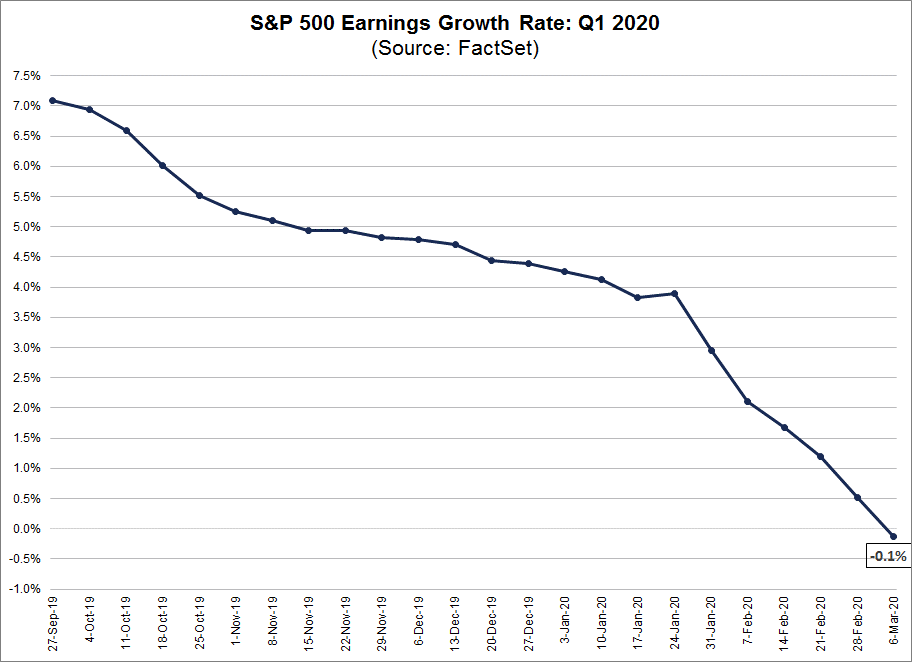 However, the pace of decline in the Dollar could be slow, with Société Générale forecasting the Euro-to-Dollar exchange rate to trade at 1.13 by year-end and 1.14 by the end of the first quarter of 2021 and 1.16 by mid-2021.

The Pound-to-Dollar exchange rate is seen trading at 1.23, 1.24 and 1.27 in those timeframes, a relatively subdued performance but this is explained by Soc Gen's assumption that Brexit will remain a drag.

The Dollar is still prone to bouts of appreciation, particularly when investors get cold feet over the current recovery in stocks and commodities from the lows struck at the height of the coronacrisis.

"At the moment we do not see major risks of a second wave in the U.S. or other large economies, and our economists forecast a relatively steep rebound in activity over the next few months—indeed, they revised up their near-term forecasts last week," says Zach Pandl, a senior economist at Goldman Sachs.

"This should allow for a continued pro-cyclical rotation across assets and renewed Dollar depreciation," adds the analyst. 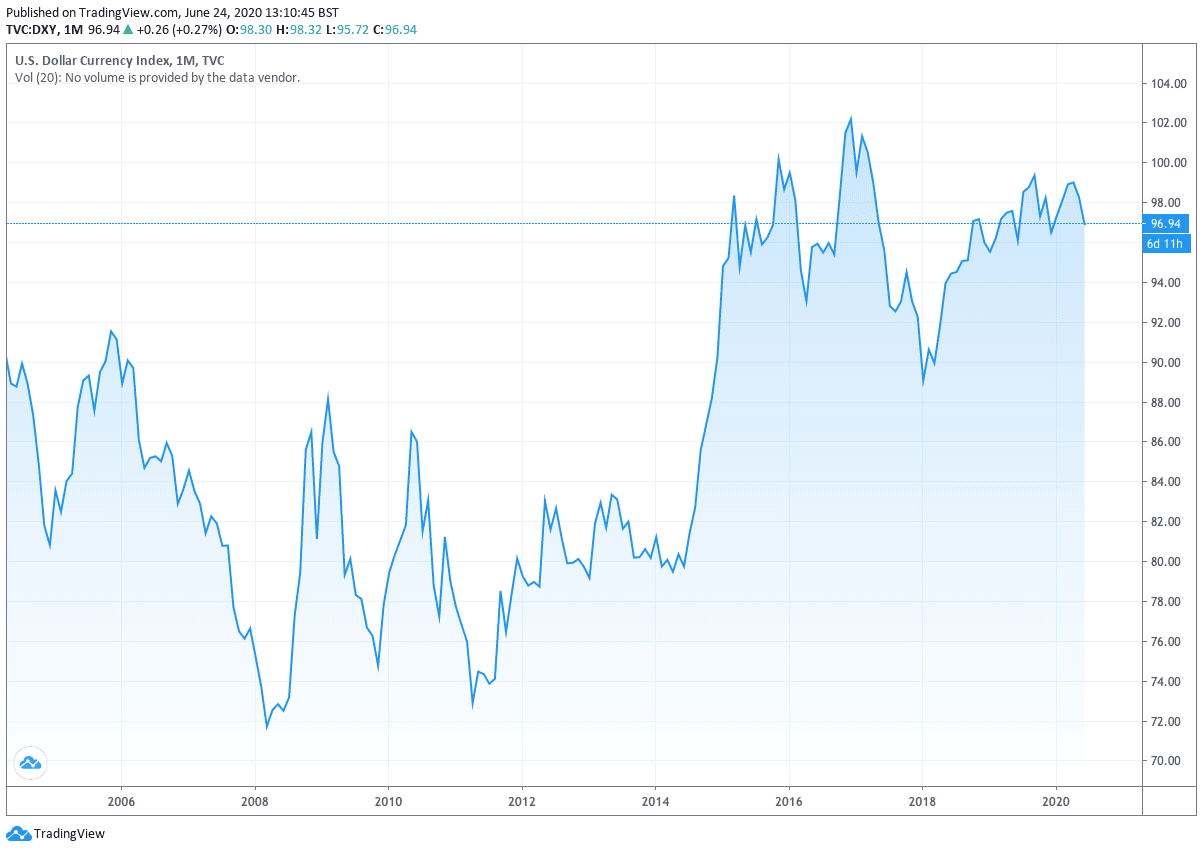 Above: The current trend of USD strength can be traced back to 2008

Despite a recent rise in the Dollar Index, it remains 5% lower since its peak in mid-March, "and we expect this depreciation to continue for several reasons," says Haefele.

UBS see safe-haven flows into the U.S. Dollar reversing while the interest rate advantage that had previously supported the U.S. Dollar has also been eroded by monetary easing from the Federal Reserve, which has been more aggressive than its central bank peers.

"The U.S. could also be impacted by political uncertainty ahead of the November presidential race," adds Haefele. "We think investors should position for a weaker U.S. currency, a trend that appears to be already underway."

Early indications are that the incumbent Donald Trump's hold on the Oval Office is looking shaky owing to the covid-19 pandemic and the significant civil unrest of early June, which opens the door to a replacement in the form of Joe Biden.

"Historically, the incumbent has had an electoral advantage, especially with a strong economy The only incumbent presidents since WWII who have not been re-elected were Gerald Ford, Jimmy Carter, and George Bush Sr, and under all of these, the U.S. economy had experienced a recession in the two years prior to the election," says Marinov.