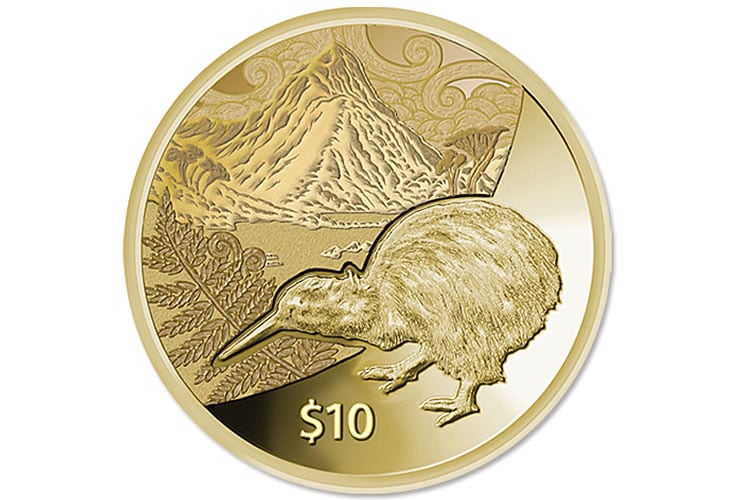 The New Zealand Dollar is undervalued and vulnerable to a rebound says  BNZ’s Jason Wong.

A combination of rising risk appetite, recovering commodity prices and overextended downside positioning mean the currency should be higher than its current exchange rate suggests.

Data from US futures exchanges, called CFTC data, shows the largest number of net shorts since January 2016, making NZD vulnerable to a bounce on any “positive surprises”.

When the data shows positioning overstretched this way it usually means a snap back in the opposite direction is close on the horizon.

Then there are Dairy Prices, which have risen of late.

Whole Milk Powder is the country’s largest export and demand tends to impact on the currency. When prices rise it means more aggregate demand for the currency.

“Of note, dairy prices (whole milk powder) have recovered half of their big loss from mid-February to early-March. The NZX May future is back above USD 3000 per tonne, a 15% recovery. Prices were boosted at the end of last week as the market believed that widespread flooding in the North Island would have a negative impact on milk production,” notes Wong.

Estimates of fair value incorporate various variables thought to impact on the currency’s value into a formula which estimates what the exchange rate ‘should’ be.

BNZ’s model has estimated NZD/USD ‘fair value’ at between 0.73-74 over the last month.

The current value is 0.6930. Any appreciation in NZD/USD is likely to prompt weakness in cross-rates such as the GBP/NZD and EUR/NZD.

Although Wong does not expect the gap to valuation gap to close, necessarily, again he reiterates the hurdle for a bounce in the New Zealand Dollar is low.

“Given our belief that the NZD will face some downward pressure in the second half of the year, we don’t expect the valuation gap to close completely, but the hurdle rate for a cent or two bounce in the NZD over coming months is fairly low,” noted Wong. 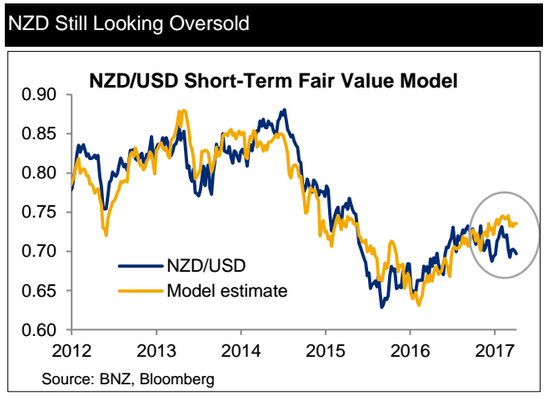 The recent lack of reaction to the sudden fall risk appetite due to geopolitical concerns revolving around Syria reinforces Wong’s view the currency is already undervalued.

“Of note, the lack of NZD downside as the reports came through of the attack, especially compared to the AUD, confirmed that positioning in the NZD is already short,” said Wong.

One possibility is the strong outlook for USD, which benefits from vaunted interest rate expectations from Fed hiking.

For example, in the week ahead the focus for NZD/USD will be on US CPI given the lack of homegrown data in NZ.

“The key US releases – CPI and retail sales – are at the end of the week. The USD is probably more sensitive to any inflation than real economic activity surprise. Further signs of core CPI inflation trending higher would be USD-supportive,” concluded BNZ’s Wong.