The New Zealand Dollar edged higher against many of its major peers including a buoyant Pound in the mid-week session but its gains may have had more to do with a retreat by the U.S. Dollar than the Reserve Bank of New Zealand’s (RBNZ) brisk pace of monetary tightening.

New Zealand’s cash rate was lifted from 2% to 2.5% and its highest level since 2016 on Wednesday although the RBNZ’s latest policy decision was already widely expected by economists and fully priced-in by financial markets hence the limited reaction by the Kiwi Dollar.

“This was one of the less dramatic meetings of late, with the outcome foreshadowed at May’s Monetary Policy Statement and correctly pegged by forecasters and markets,” says Nathaniel Keall, an economist at ASB Bank. 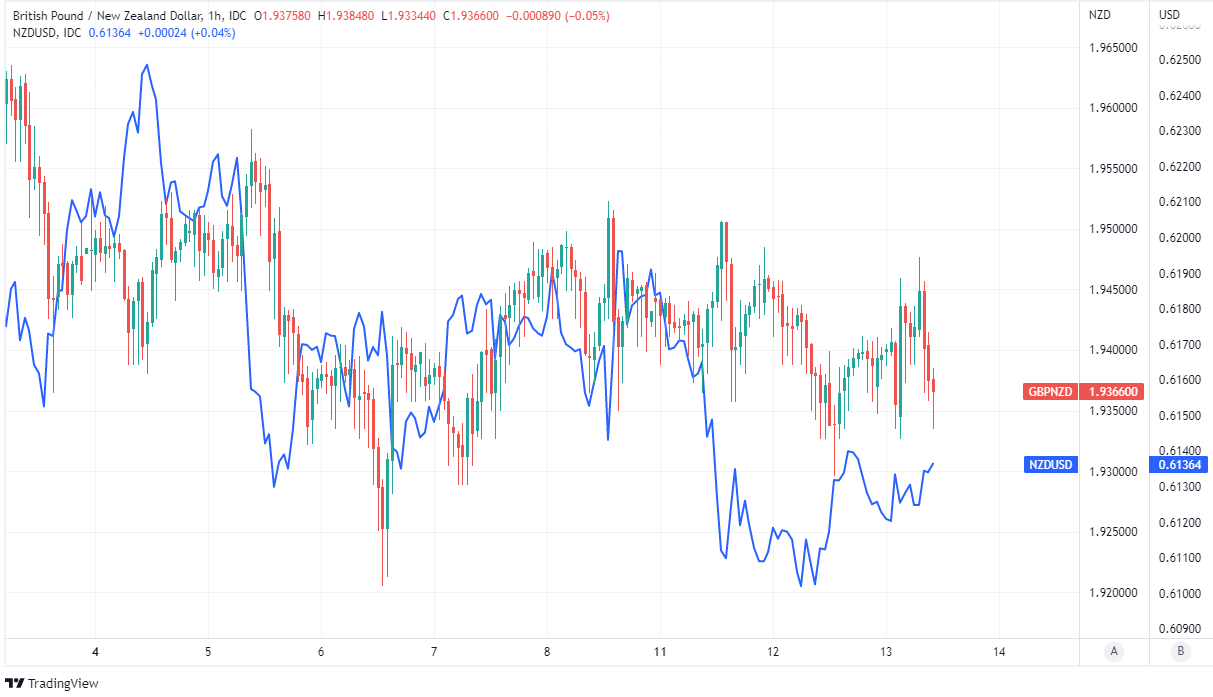 “The policy assessment did excise a paragraph about the OCR needing to act as a constraint on demand and “larger and earlier increase in the OCR reduces the risk of inflation becoming persistent.” Still, the message the Bank wanted to send to markets was clear,” Keall added.

Nonetheless, a retreating U.S. Dollar and buoyant commodity prices enabled the New Zealand Dollar to push Pound Sterling and some other currencies lower by a fraction in Europe’s Wednesday session, leading GBP/NZD to slip below the 1.94 handle. (Set your FX rate alert here).

All of this came after RBNZ reiterated that it remains comfortable with the outlook for interest rates set out in its May Monetary Policy Statement, which suggested that interest rates in New Zealand are likely to rise to more than three percent by year-end and four percent or more next year. 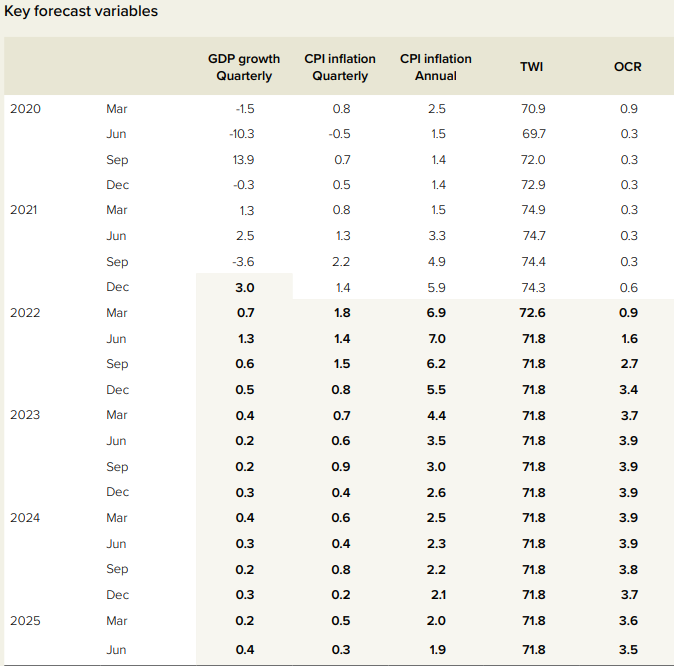 Markets have long since baked that into the New Zealand Dollar cake, hence the lack of fireworks this week, although the recent experiences of other currencies with less active central banks suggests that the RBNZ’s monetary policy stance has been providing some form of support to the Kiwi.

“Members noted that the New Zealand dollar exchange rate has depreciated since the May Monetary Policy Statement. A moderation in global commodity prices, amid a continued decline in investor risk appetite, and rising central bank policy rates globally have contributed to this depreciation,” the RBNZ’s July meeting summary flagged on Wednesday.

The trouble for the bank is that, despite the Kiwi’s gains over some major currencies, it has still fallen notably against the U.S. Dollar, Chinese Renminbi and Australian Dollar this year and with declines against the prior two having continued in the weeks since the May meeting. 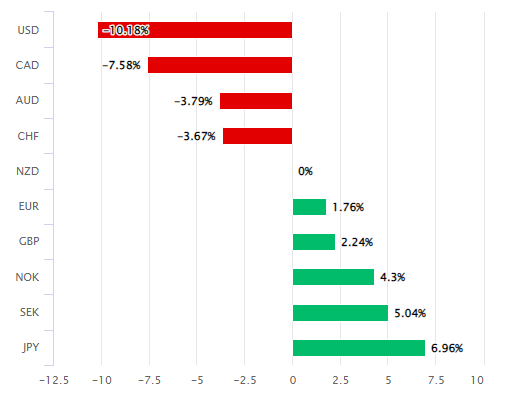 Above: New Zealand Dollar performance against major currency counterparts in 2022.

These three currencies account for 57% of the RBNZ’s overall, or trade-weighted New Zealand Dollar exchange rate index, meaning that depreciation of the Kiwi relative to those currencies has likely contributed to the high levels of inflation that persist in New Zealand.

“The Reserve Bank’s core inflation measures are around 4 percent. The Committee acknowledged there is a near-term upside risk to consumer price inflation and emerging medium-term downside risks to economic activity,” the bank said on Wednesday.

“The Committee is comfortable that the projected path of the OCR outlined in the recent May Monetary Policy Statement remains broadly consistent with achieving its primary inflation and employment objectives - without causing unnecessary instability in output, interest rates and the exchange rate. Once aggregate supply and demand are more in balance, the OCR can then return to a lower, more neutral, level,” it said in reiteration of May’s position. 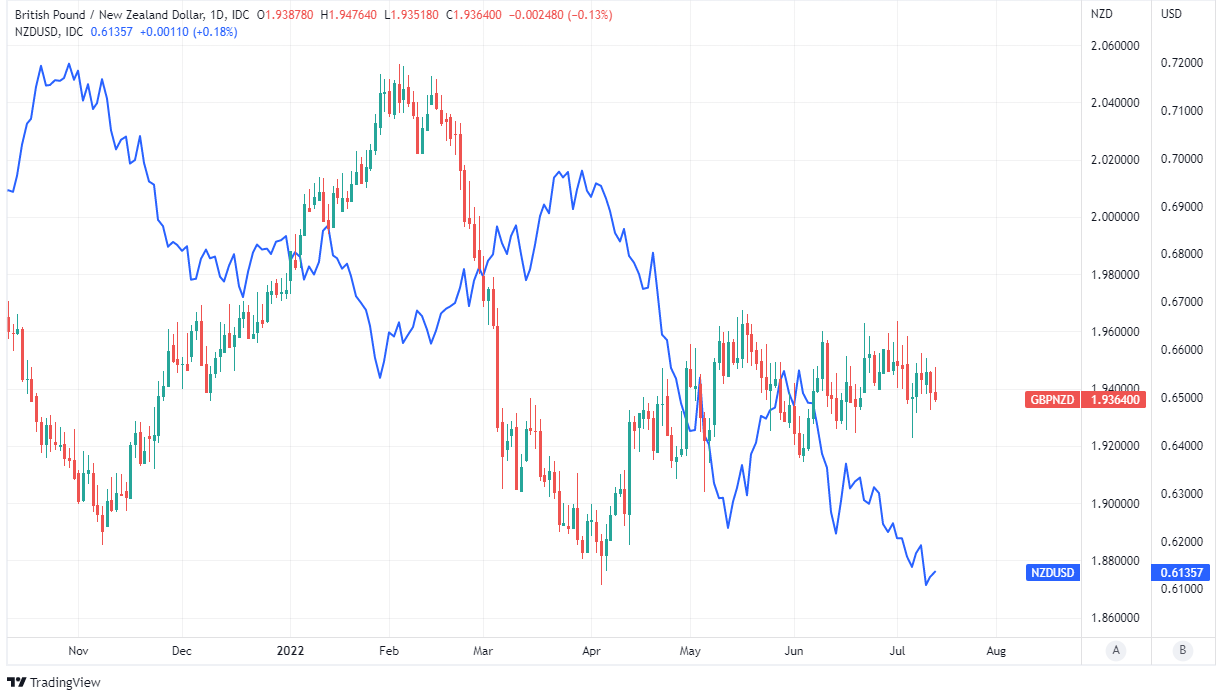 New Zealand's inflation rate came close to seven percent in the first quarter and was last seen sitting at six percent even after energy and food are excluded from the basket of goods and prices under the microscope, which the RBNZ attributes to a range of domestic economic factors including labour shortages.

"Labour and resource scarcity are also contributing to upward price pressures which are currently exacerbated by seasonal illness, a resurgence in COVID-19 cases, and a net outflow of labour abroad. In these circumstances, spending and investment demand continues to outstrip supply capacity, with a broad range of indicators highlighting pervasive inflation pressures," it added.