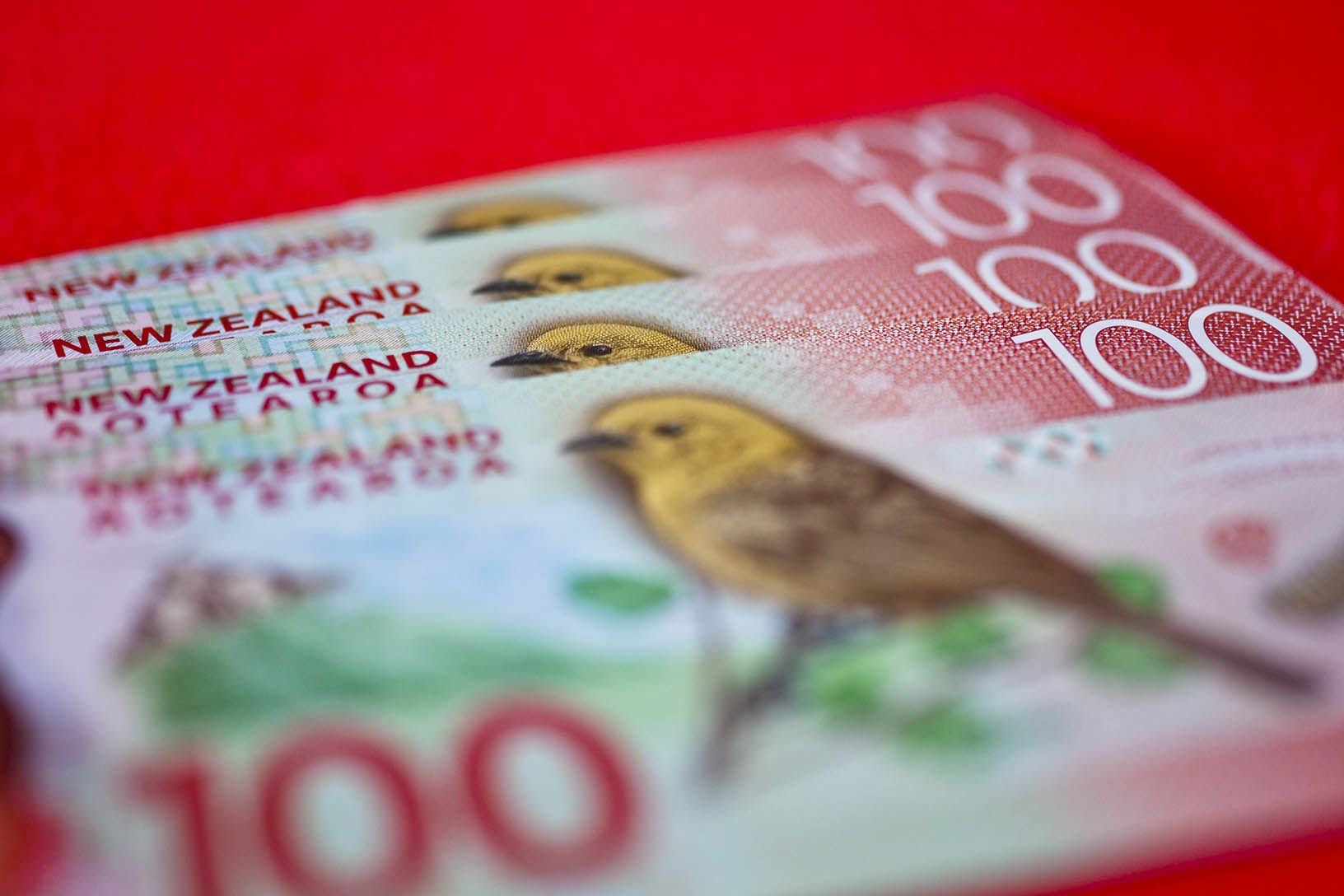 The Pound to New Zealand Dollar exchange rate reached two-for-one before its advance slowed in the penultimate session of the week as the main Kiwi exchange rate NZD/USD attempted to stabilise around 0.6750 following an overnight sell-off.

New Zealand’s Dollar was one of the bigger fallers among major currencies overnight and into Europe’s Thursday session after minutes of the December Federal Reserve (Fed) meeting suggested the bank could further accelerate the normalisation of its monetary policy settings in the months ahead.

The meeting record confirmed what was suggested by the Fed’s dot-plot of December forecasts, which was that U.S. interest rates could rise as many as three times this year while implying along the way that an initial increase in the Fed Funds rate may potentially be announced as soon as March.

However, the minutes also revealed that U.S. policymakers could become minded to begin shrinking the Fed’s significantly expanded $8.8 trillion balance sheet sooner than was thought likely before the meeting, and that the overall process could be faster than many would have imagined.

“The FOMC Minutes showed the Fed is a bit more nervous about inflation compared to the official press release in December and that monetary conditions could be tightened faster than expected. The US 10-year yield is up 22 basis points this year to 1.73%, almost the highest level in a year, and Nasdaq 100 futures are down 4%,” say John Hardy and Peter Garnry, respectively the heads of FX and equity strategy at Saxo Bank. 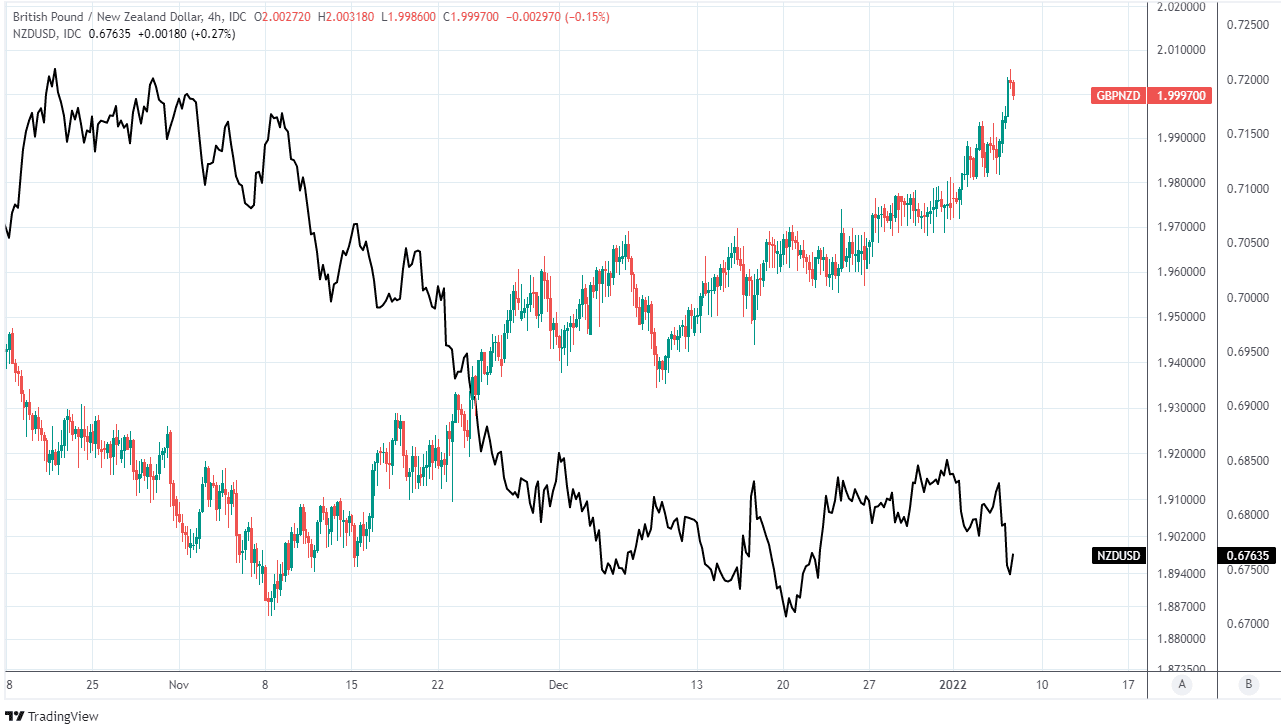 Above: GBP/NZD shown at 4-hour intervals alongside NZD/USD.

Many focused Thursday on how the minutes revealed that “most participants” in December’s Federal Open Market Committee meeting thought the Fed’s preconditions for raising interest rates could be met “relatively soon if the recent pace of labor market improvements continued.”

This led financial markets to begin wagering there’s a possibility of four interest rate rises being announced in 2022, although the summary of a detailed and seemingly lengthy discussion about the $8.8 trillion balance sheet could have equally significant implications for bond and currency markets.

The minutes revealed this “quantitative tightening” process would likely be faster than when the bank shrank its balance sheet in 2018 because the average maturity of bonds held on it is now shorter in duration than it was before.

This matters because the balance sheet shrinks through a process that takes place when the bank stops reinvesting the money it receives from the U.S. government and others as each bond reaches its maturity date.

“The Fed’s bond purchases are scheduled to end in March and fed funds futures have already fully priced‑in a 25bps lift‑off at the May policy‑setting meeting (there is no meeting in April). But the likelihood that the size of the Fed’s balance sheet is reduced sooner and faster than that of other major central banks bodes well for USD,” says Elias Haddad, a senior FX strategist at Commonwealth Bank of Australia.

Wednesday’s minutes revealed that quantitative tightening could begin relatively soon after the first increase in the Fed Funds interest rate from its current 0% to 0.25% range, whereas in the last policy cycle the Fed waited until the top end of that interest rate range had reached one percent. 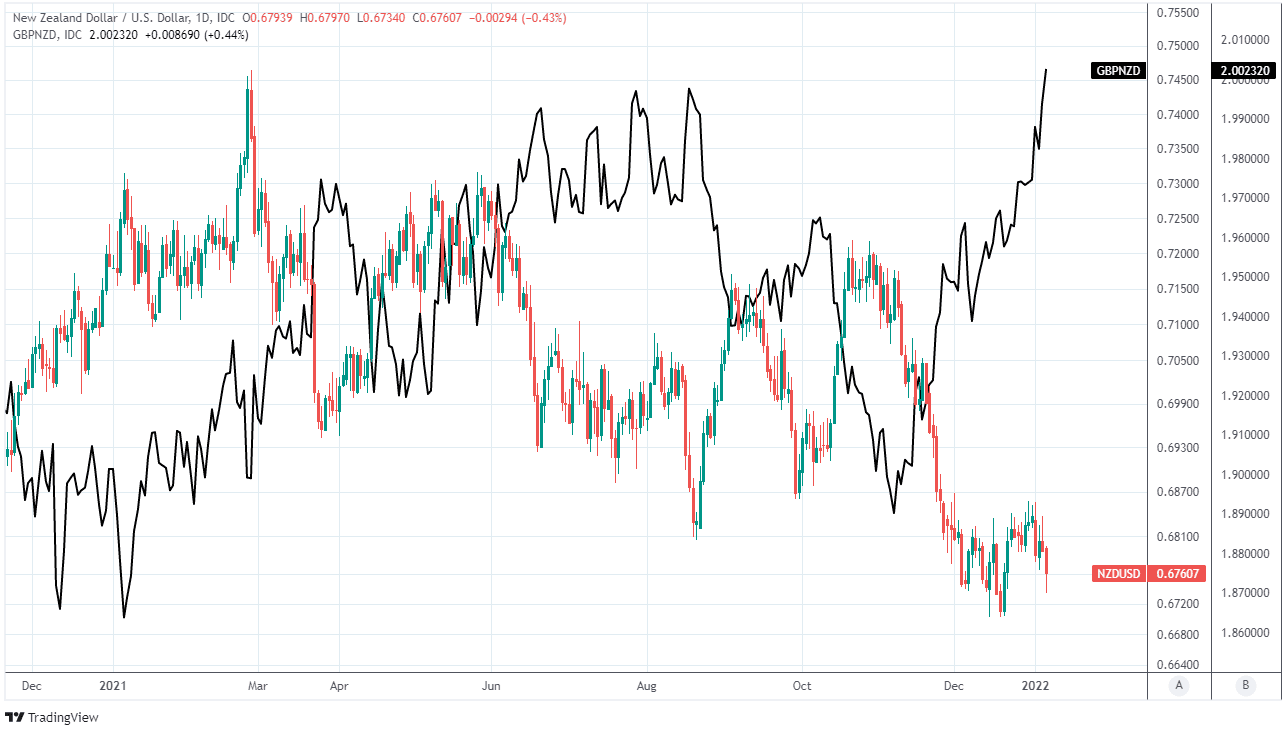 Above: NZD/USD shown at daily intervals alongside GBP/NZD.

The prospect of a faster Fed policy normalisation and further gains in U.S. bond yields weighed heavily on many currencies in the Thursday session but especially those which are sensitive to changes in the market’s appetite for risk including the New Zealand Dollar.

“AUD and NZD were down 0.65%, with high-beta currencies struggling amidst a slight risk-off tone, though our spot desk has not seen any meaningful client flows so far today with participation overall muted,” says Naveen Nair, a markets analyst for CitiFX Wire.

Thursday declines in NZD/USD helped lift the Pound to New Zealand Dollar rate back to 2.00, where it stalled for a period as the former exchange rate appeared to draw a bid from the market around the 0.6750 level.

GBP/NZD tends to closely reflect the relative performances of NZD/USD and its Sterling equivalent GBP/USD, and would likely remain buoyant near to 2.00 if not above that level for the entirety of the time that NZD/USD remains under pressure.

Sterling could potentially find support around the 1.98 level if the upward pressure on U.S. Dollar exchange rates eases over the coming days, as this would be likely to enable if not elicit a recovery in NZD/USD. 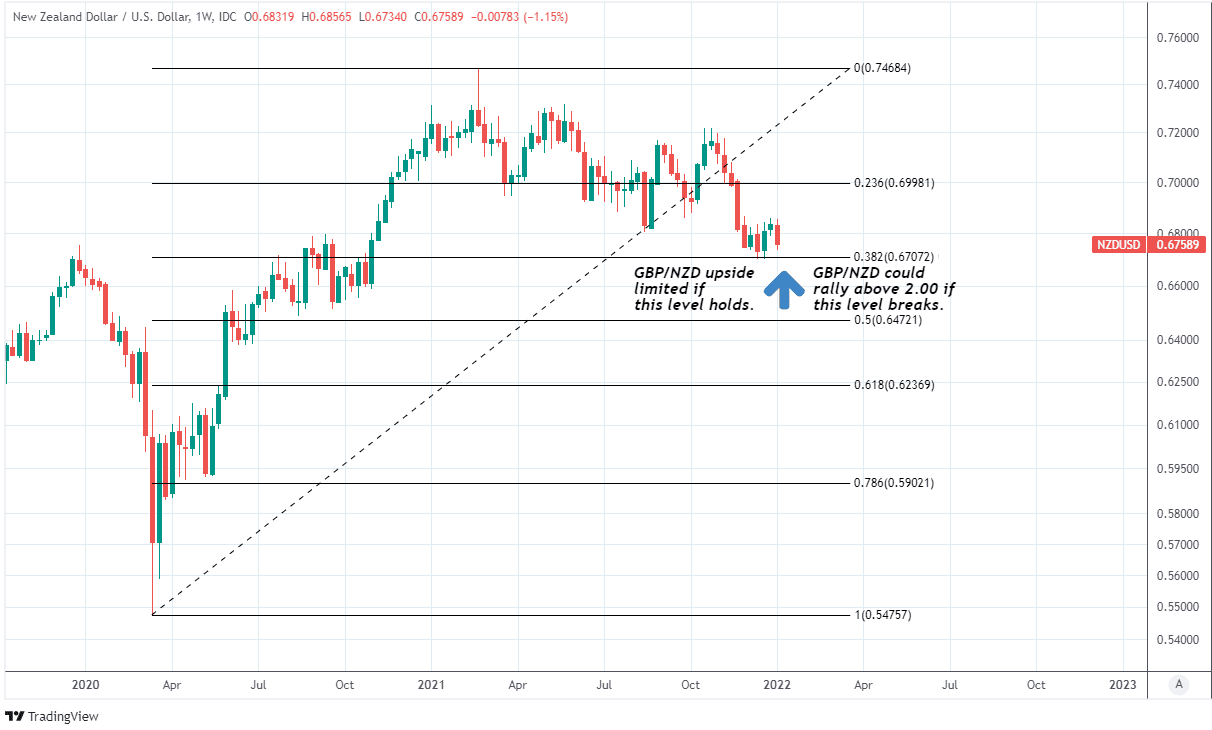