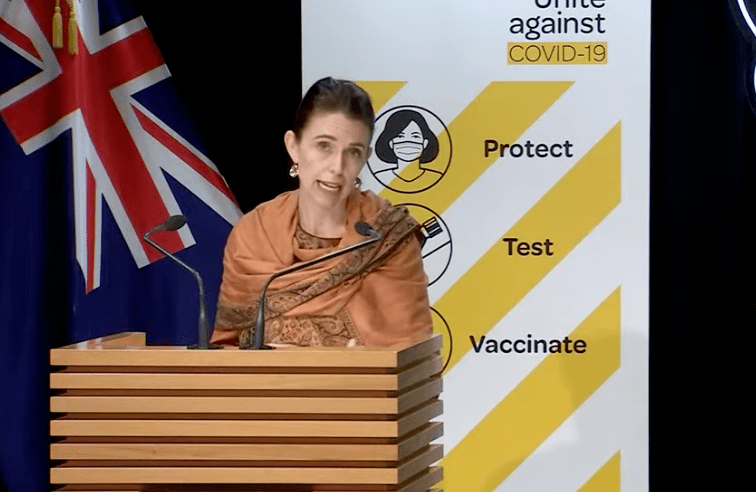 The New Zealand Dollar is poised for further advances against the British Pound with investors opting to look through news that Auckland's lockdown will be extended.

Instead, the market is taking guidance from a supportive global investor backdrop and expectations for a series of interest rate rises at the Reserve Bank of New Zealand (RBNZ), the first of which is tipped for October 06.

The Pound-to-New Zealand Dollar exchange rate has declined in value steadily since a high at 2.0 was rejected on August 19, with the fall extending through early September to a low of 1.9340.

The New Zealand Dollar's advance did however stall last week and the GBP/NZD has since stabilised, although it retains a heavy feel: 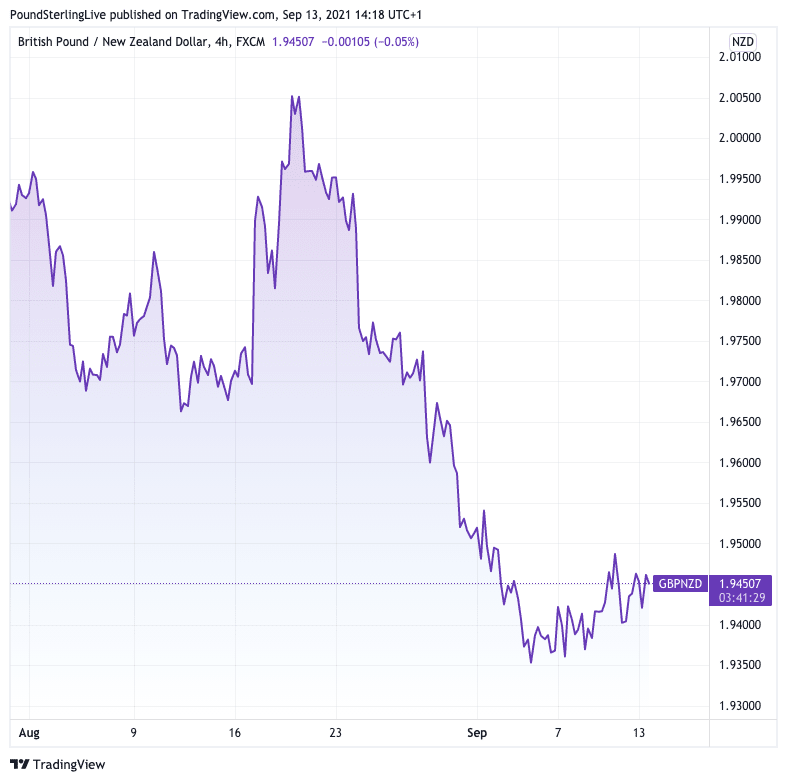 Foreign exchange strategists at ING Bank say any weakness in the New Zealand Dollar could be pounced on by investors expecting further advances in anticipation of a Reserve Bank of New Zealand (RBNZ) interest rate rise, likely next month.

"We think that markets saw some opportunity to buy the dips in NZD at a moment New Zealand exited the nation-wide lockdown and with the very likely first rate hike by the RBNZ (on 06 October) drawing nearer," says Francesco Pesole, FX Strategist at ING Bank.

Any such tactical buying by foreign exchange traders could therefore provide further downside pressure on the GBP/NZD exchange rate.

Risks to the New Zealand currency's outlook at this juncture lie primarily with any downturns in global investor sentiment.

The New Zealand Dollar maintains a high 'beta' to global risk, meaning it advances when stock markets are rising and falls when investor sentiment turns more cautious as has been the case over recent days days.

"Markets are confused and unhappy. Alpha or Delta? Inflation or deflation? And “geopolitics” every which way. As such, US stocks went down on Friday, and by a non-negligible amount, while US Treasury yields went up, not down," says Michael Every, a macro strategist at Rabobank.

The decline in global markets witnessed on Friday correlates with a softening in the New Zealand Dollar's value, that allowed GBP/NZD to arrest its decline, however Monday's more cheery feel to trade is corresponding with a firmer Kiwi.

New Zealand's largest city and economic hub of Auckland will remain in lockdown to overcome the spread of the Delta variant of the coronavirus, Prime Minister Jacinda Ardern said on Monday.

This will make for the longest lockdown of any region or city in New Zealand since the global pandemic began.

Auckland will remain in the strict Alert level 4 lockdown until midnight on September 21, after which it will move to alert level 3, Ardern said in a news conference.

Authorities in New Zealand said they were confident that they would get a grip on the community transmission of the disease, which would allow for the nation's largest city to take the step to level 3.

New Zealand's economy has surpassed its pre-Covid crisis size while employment is high, wages are rising and inflation is burning hot at 3.3%.

The RBNZ have indicated that the economic conditions for a rise in interest rates have been met.

But they held off from raising interest rates in August owing to the unfortunate timing of the policy decision meeting which fell just a day after the imposition of a nationwide lockdown.

Subsequent communications from the RBNZ affirm a desire to raise rates and the promise of higher yields in New Zealand will act as a magnet for international investor capital, thereby creating a demand for the domestic currency to extend.

"It was less about Covid stopping us doing it and it was more about the timing of communicating our policy move - was the 18th of August the right day as the country went into lockdown," said Assistant Governor of the RBNZ Christian Hawkesby on September 01.