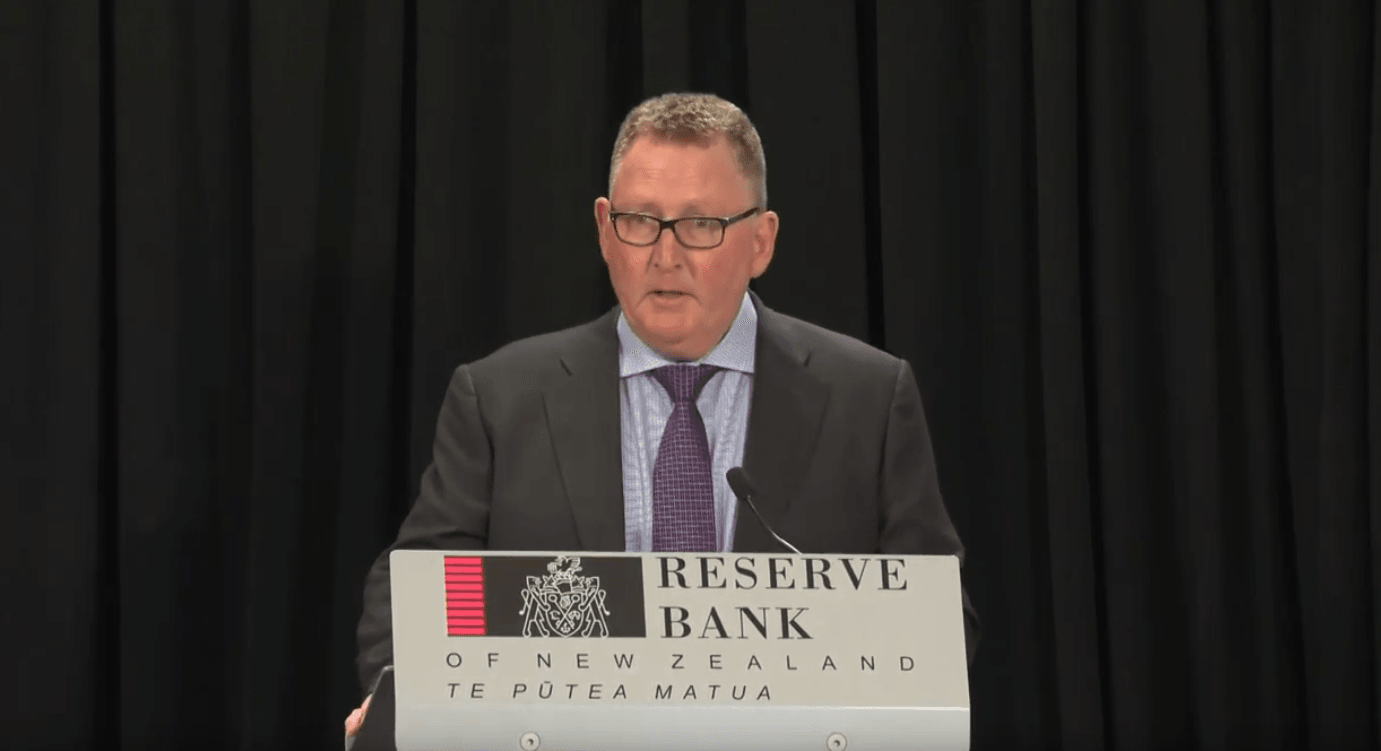 The New Zealand Dollar tore higher against the Pound, Euro, Dollar and the majority of the world's freely-traded currencies following an unexpected decision by the Reserve Bank of New Zealand.

The Reserve Bank of New Zealand (RBNZ) announced at their July 14 policy update that they would immediately end their quantitative easing programme.

In a statement the RBNZ said it will halt additional asset purchases under the Large Scale Asset Purchase (LSAP) programme by 23 July 2021 but will keep the Official Cash Rate (OCR) at 0.25 percent and the Funding for Lending Programme unchanged.

The market had been expecting the RBNZ to merely reduce the scale of this programme.

"The market was looking for confirmation that the RBNZ plans a rate hike later this year, but got a bit more than expected as the RBNZ indicated it will halt all QE purchases almost immediately," says Steen Jakobsen, Saxo Bank Chief Investment Officer.

The surprise suggests the RBNZ is eager to exit their existing policy of providing ultra-cheap money to an economy that is clearly not in need of it.

They view ultra-low interest rates and quantitative easing as liable to stoke an asset bubble in the future.

The decision to halt quantitative easing signals a rate hike in November is almost certainly likely, provided the Covid-19 pandemic does not throw up any surprises.

The RBNZ is therefore well ahead of the pack when it comes to raising interest rates and this puts the New Zealand Dollar in appreciation mode against others.

"In response to the MPR, interest rates at both the short and long end rose, as did the NZD," says Imre Speizer, Head of NZ Strategy at Westpac. 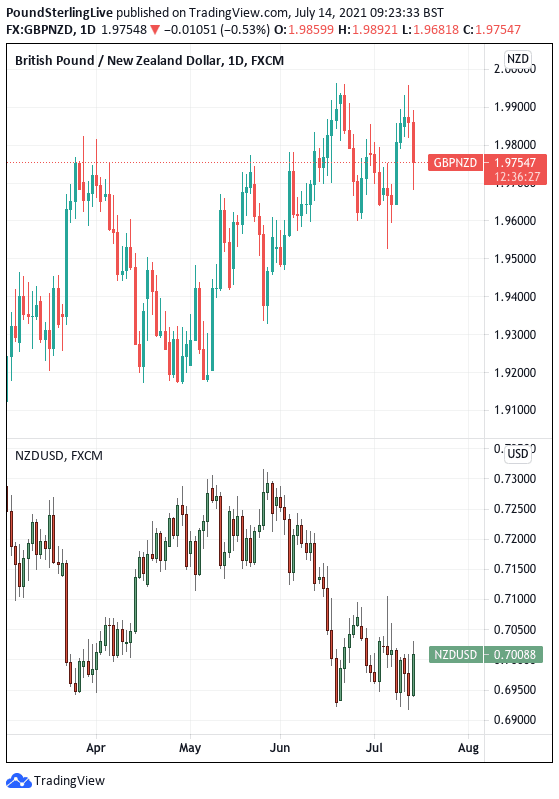 The Pound-to-New Zealand Dollar exchange rate slumped three quarters of a percent in the wake of the decision to quote at 1.9744 and the scale of the decline takes some of the wind out of the pair's uptrend.

The New Zealand Dollar-U.S. Dollar exchange rate rose a percent to quote at 0.7013, ensuring a defence of the ~0.6950 support line is maintained.

The RBNZ said the decision to end its quantitative easing programme comes in the wake of recent data indicating the New Zealand economy remains robust despite the ongoing impact from international border restrictions.

Aggregate economic activity was seen to be above its pre-COVID-19 level.

Household spending and construction activity are meanwhile observed at high levels and continue to grow.

Business investment is now responding to capacity pressures and labour shortages, and measures of economic confidence continue to improve, said the RBNZ.

The RBNZ's statement removed any reference to the need for considerable time and patience to achieve inflation and employment goals.

"Today’s Monetary Policy Review (MPR) saw the RBNZ shift in a hawkish direction, as we had expected and the markets had priced. But the magnitude of shift was larger than expected," says Speizer.

He adds that a shift in stance at the RBNZ was clearly required, given the positive economic developments since the May MPS: GDP, inflation, and house prices have all been stronger than the RBNZ forecast in May, and the NZD has been weaker.