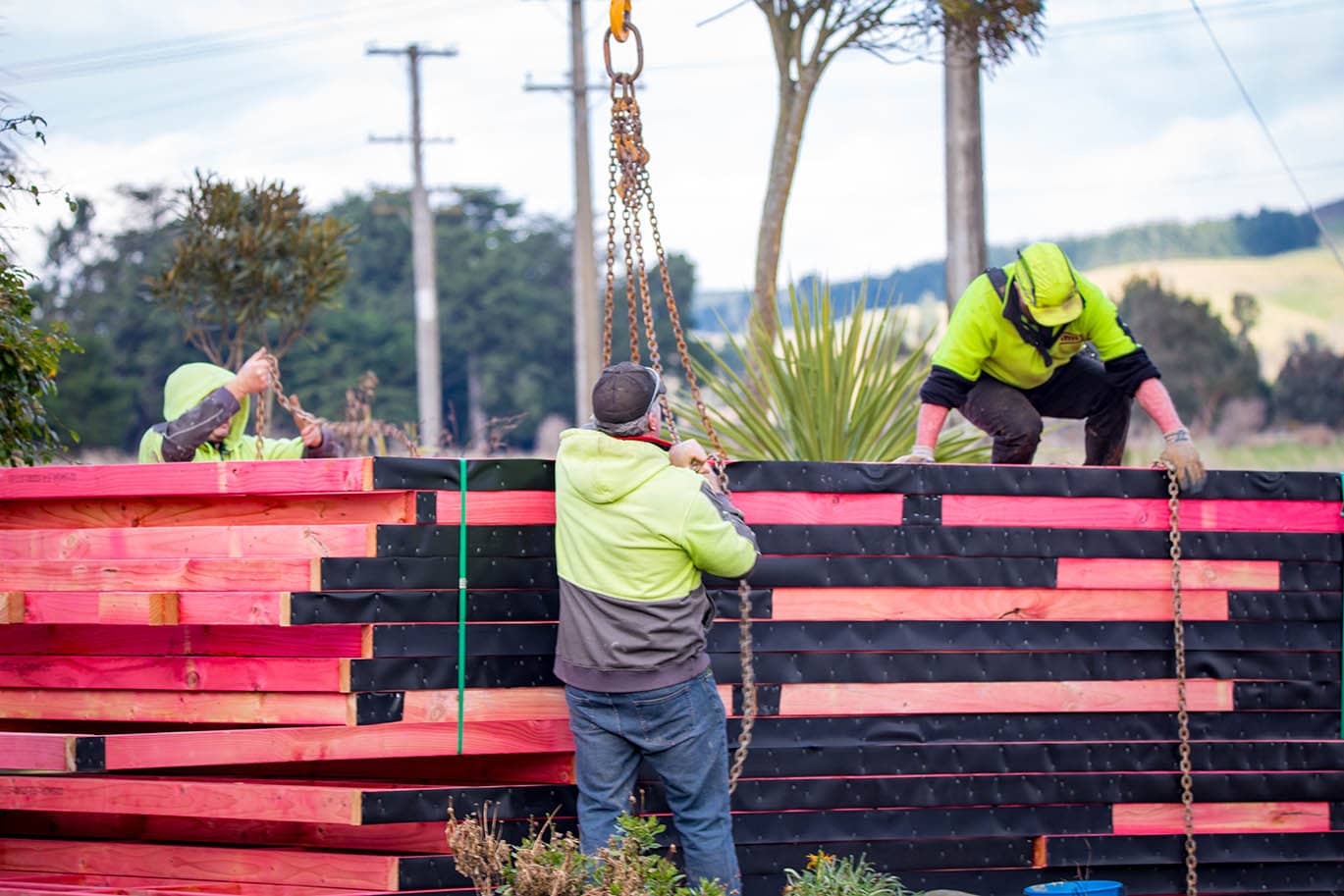 The New Zealand Dollar dropped against all its peers on March 23 after the government announced a series of measures to cool the housing market, meaning the pressure on the Reserve Bank of New Zealand (RBNZ) to raise rates has diminished.

New Zealand's hot housing market meant the market was of a view that the RBNZ might have to intervene to raise rates or tighten monetary conditions via  other measures, which would help cool activity in the sector.

But a side effect of higher interest rates in New Zealand relative to those in other nations is a potentially stronger New Zealand Dollar.

Therefore, the market is betting that the new aggressive moves by the government to cool the sector gives the RBNZ a pass at raising rates, effectively meaning it can sit on a lower-for-longer rates policy, which in turn takes some support away from the NZ Dollar.

The impact on the currency is clear as it is now the worst performing major currency of the past day, week and month. 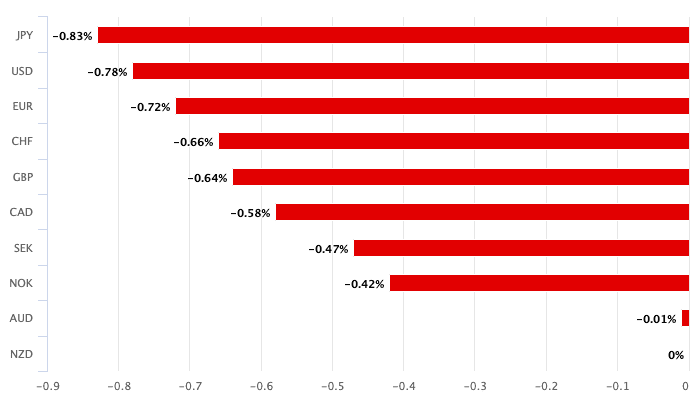 Above: NZD performance on March 23.

The Pound-to-New Zealand Dollar exchange rate (GBP/NZD) shot up higher by a percent to quote at 1.9567, presenting the best exchange rate for Kiwi buyers since Nov. 04.

"NZD has now broken below its 100‑day moving average of 0.7154, and can move lower in the near term, particularly with New Zealand 2 year interest rates reversing the big lift in late February‑early March," says Capurso.

"NZDUSD fell sharply overnight, removing key supports at .7104/7094 and triggering the large "head and shoulders" top that we have been warning of. Hence, we look for further weakness," says David Sneddon, a technical analyst at Credit Suisse.

The government said property investors will no longer be able to deduct interest costs, for new investments this will be introduced 1 October 2021 but applied retrospectively from 27 March.

For existing properties, this will be phased in over four years.

The bright-line property rule will be increased from five years to ten years. However, the family home remains exempt, and it will remain at five for newly-built investment properties. (What is the bright-line rule? If you sell a residential property you have owned for less than 5 years you may have to pay income tax, this tax break is threfore now eliminated for a huge portion of investors.)

"The most meaningful announcement is investors no longer being able to deduct interest costs. That’s at the bolder end of spectrum and was not anticipated," says Sharon Zollner, Chief Economist at ANZ.

Zollner says the new measures will likely have a bearing on how the RBNZ moves on interest rates in the future, particularly given that the new measures are likely to trigger a housing market slowdown.

"The Reserve Bank will certainly add a sharp housing slowdown to its “negative risks” basket, and likely revise down its house price forecasts. This will add caution around OCR hikes via less-than-otherwise housing-induced domestic momentum. But perhaps more importantly, the policy change will increase the sensitivity of landlords to higher interest rates, thereby increasing the potency of higher interest rates," she says.

The New Zealand Dollar was already on the backfoot heading into the housing market announcements, thanks in large to a set of unexpectedly poor economic growth data announced last week.

David Croy, Senior Strategist at ANZ says the "local vibe" has deteriorated somewhat given an unexpectedly sizeable decline in New Zealand economic activity towards the end of 2020.

Sentiment towards the New Zealand economy took a knock last week when Stats NZ reported GDP for the final quarter of 2020 fell by 1.0%, which was more severe than the market had been expecting.

"The unexpected fall in Q4 GDP suggests the NZ economy has not fared as well as previously believed through the COVID-19 pandemic," says Jane Turner, Senior Economist at ASB in Aukland.

The data has prompted the market to reappraise a bullish stance on the New Zealand Dollar built on rising expectations for interest rates to be hiked at some point in 2021.

"Market expectations for RBNZ hikes were already too aggressive," says ANZ's Croy. "This is likely to see more rate hike risk priced out in the near term, which will in turn anchor the short end, steepen the curve, and weigh on the NZD."