The Pound-New Zealand Dollar rate was on course for a third consecutive loss Wednesday and could have further to fall as the exchange rate remains roadblocked on the charts and economic fortunes between the UK and New Zealand appear to diverge.

Pound Sterling was back at the bottom of the major currency bucket on Wednesday in a session where stock, bond and commodity prices were mixed and investors appeared focused on individual national themes. Losses came amid speculation suggesting the government could soon withdraw some of its emergency support for the labour market, and that 'lockdown' might only begin to be lifted from month-end, while the New Zealand Dollar celebrated better-than-expected job figures for the first quarter.

The Kiwi job market saw employment grow 0.7% in the first quarter, Statistics New Zealand said Wednesday when markets had been looking for a -0.2% contraction, while the unemployment rate rose only 0.2% to 4.2% when markets were looking for an increase to 4.4%. Both numbers paint a picture of a job market that proved more resilient in the opening quarter than many had anticipated, and especially so relative to the picture in the UK.

"Only a fraction of the late March deterioration in the labour market was picked up in today’s figures," says Nick Tuffley, chief economist at ASB Bank, citing Stats NZ methodology. "We expect the unemployment rate to rise sharply in the second quarter, but the peak will likely come in Q3 (we have 9.4% in our forecasts). This is when firms will be adjusting to life without the government wage subsidy, which is set to expire in June...take-up has been huge." 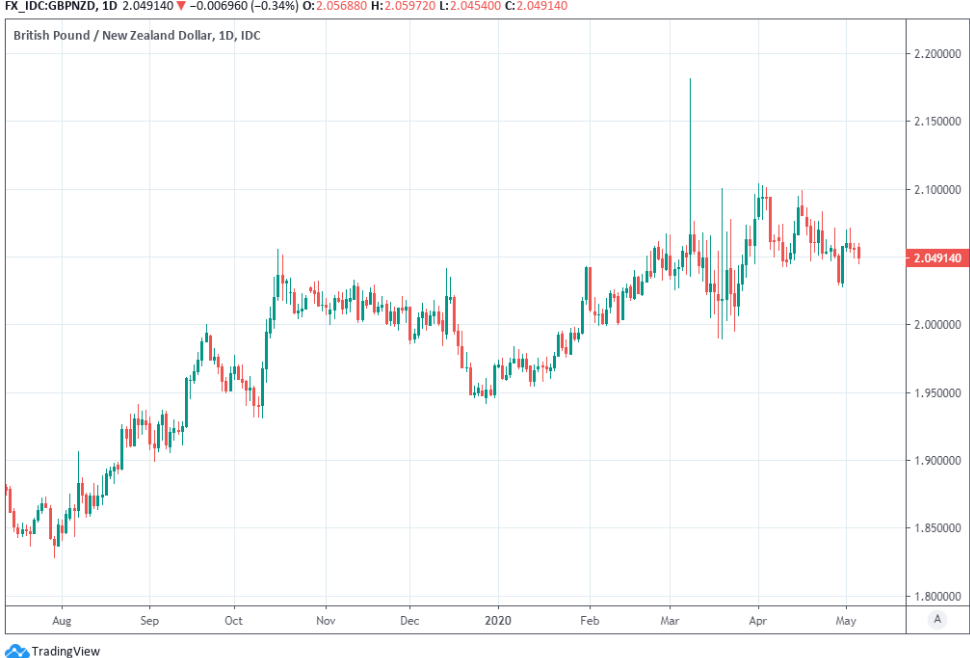 New Zealand's labour market fortune is more the result of early measurement on the part of Stats NZ than it is underlying strength in job market, and unemployment is still likely to approach the double-digits over the coming months, with ASB forecasting the jobless figure will top out at 9.4% around September. The rub for the Pound-New Zealand Dollar rate however, is that the UK's unemployment figure may already have risen to that level in April.

Department for Work and Pensions Secretary Theresa Coffey told parliament on May 01 there had been 1.8 mn new welfare claims between the date when 'lockdown' was imposed and the end of April, which is enough to put the UK jobless rate at 9.2% if labour force participation is assumed to hold steady. There were 34.39 people in the labour force in February with 1.33 million of them unemployed and helping to make for a 4% unemployment rate.

The UK has not had a 9.2% unemployment rate since the early 1990's when the economy was coming out of the European Exchange Rate Mechanism-induced recession although if job-losses continue to rise after the 'lockdown' has ended there's no telling where it will end up. And that's just one facet of the divergence that might trouble the the Pound-New Zealand Dollar rate in the months ahead.

"Another three weeks of lockdown, or close to that, is likely to be confirmed by PM Johnson on Sunday, underlining again the fact that the UK is behind the rest of Europe in this crisis. We continue to see downside risks for the pound given the severity of the COVID impact looks to be greater in the UK than elsewhere," says Derek Halpenny, head of research, global markets EMEA and international securities at MUFG. "Deaths in the UK yesterday surpassed Italy." 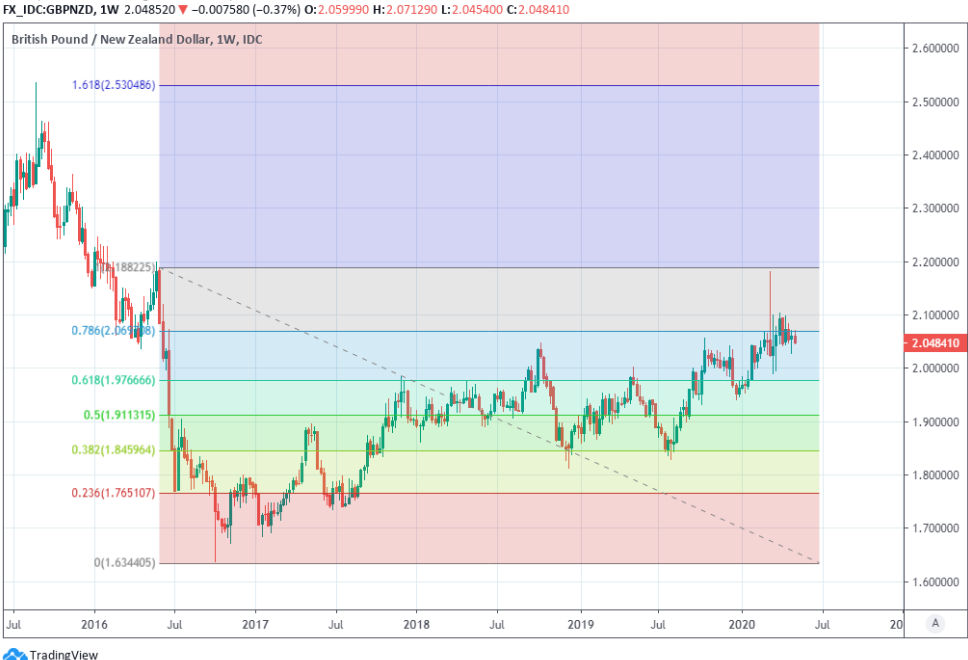 Above: Pound-New Zealand Dollar rate at weekly intervals, fails to sustain break of 78.6% retracement of 2016 downtrend.

The UK had reported 194k coronavirus infections as of May 05, with an additional 4.3k declared on that day and 692 new deaths. It has the fourth highest global total and a number of deaths that's nearly half the 71k seen in the U.S. despite the world's largest economy being five times larger in population terms. This compares to just 1.4k infections in New Zealand, with just one new case on May 04 and only 20 deaths in total.

New Zealand has also begun to take tentative steps toward exiting its 'lockdown' already, which comes as other economies also look to reopen and with investors trading a commodity favourable global economic recovery narrative. The Kiwi Dollar would always be among the most notable beneficiaries of such market conditions, although this is made more salient still by the UK's lagged position. The Reserve Bank of New Zealand, which has typically frowned upon bouts of Kiwi strength, is increasingly attuned to the risk of it being lumbered with a disinflationary and competitiveness-stifling increase in Kiwi exchange rates.

Meanwhile, it could be up to three weeks before the UK even begins to formally exit its own lockdown, which risks amplifying the economic costs for the UK and weighing on Sterling at a point when Brexit is also expected to reassert itself on the British unit in the weeks ahead.

This divergent fundamental picture is coming together at a point when the Pound-New Zealand Dollar rate has been decisively roadblocked for weeks by the 78.6% Fibonacci retracement of the January 2016 downtrend on the charts.

In other words the post-referendum highs seen in late February might have been about as good as things are likely to get for the Pound-New Zealand Dollar rate and Wednesday's early May levels might even be something like the best that are available for the foreseeable future.