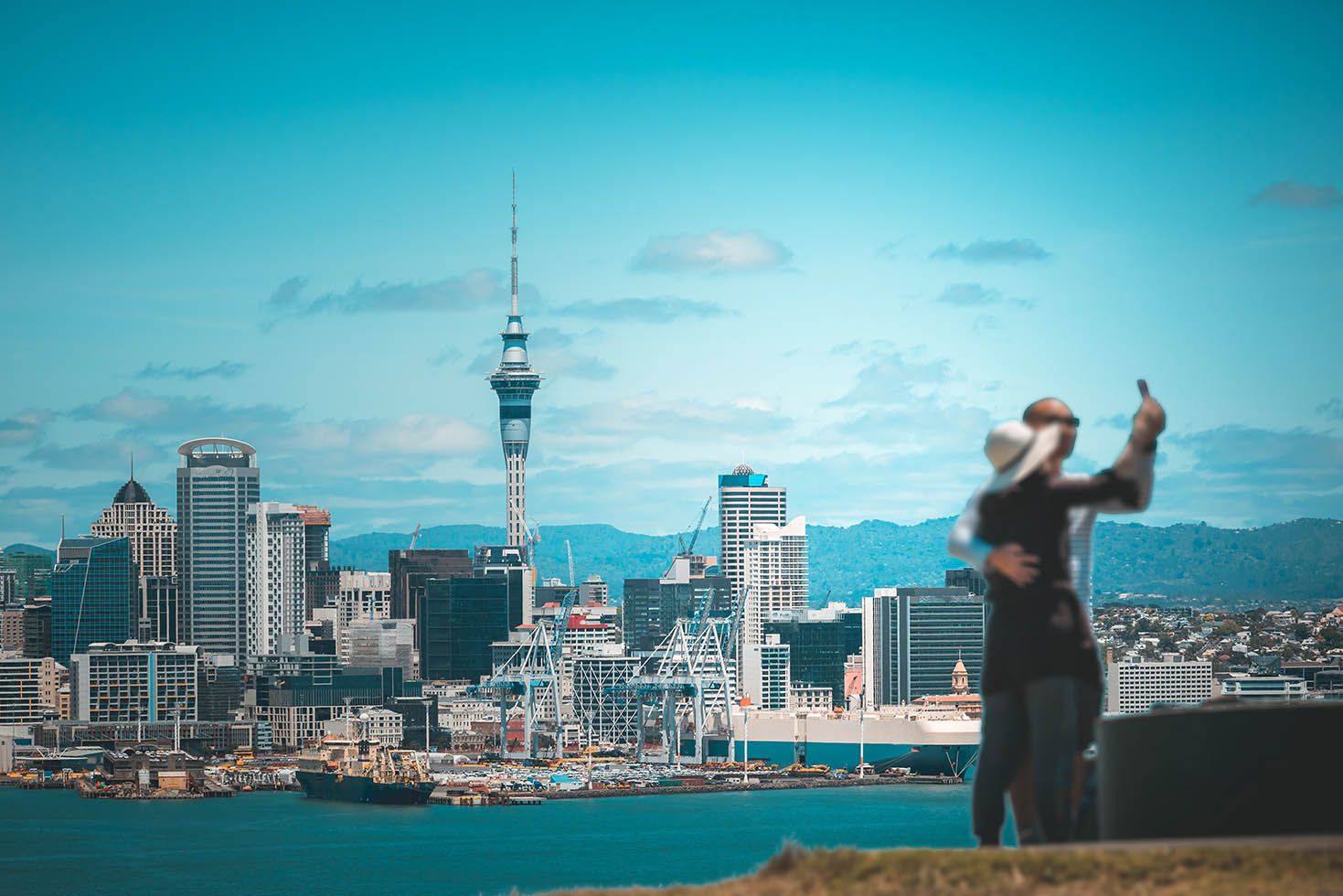 The Pound-to-New Zealand Dollar exchange rate is softer at the start of the new week but damage remains limited and the pair continues to respect a well-defined range although one study suggests ultimately Sterling should trend higher.

Of all the major currency pairs GBP/NZD appears to be one of the more stable; since late-January the pair has maintained a range between 2.10 and 2.00, meaning today's rate of 2.0600 puts it close towards the middle of the range.

However, technical analysis says the Pound remains favoured over its New Zealand counterpart as the longer-term trend is one of appreciation, "as long as 2.0110 is support look for 2.1844," says the latest technical guidance from Trading Central.

While recent weeks have seen a broadly sideways orientated move, it must be noted that since mid-2019 the pair has been gradually appreciating.

Therefore, should the Pound-to-New Zealand Dollar exchange rate remain above 2.0110 it is the view of Trading Central that eventually further gains are likely in line with the longer-term impulse. 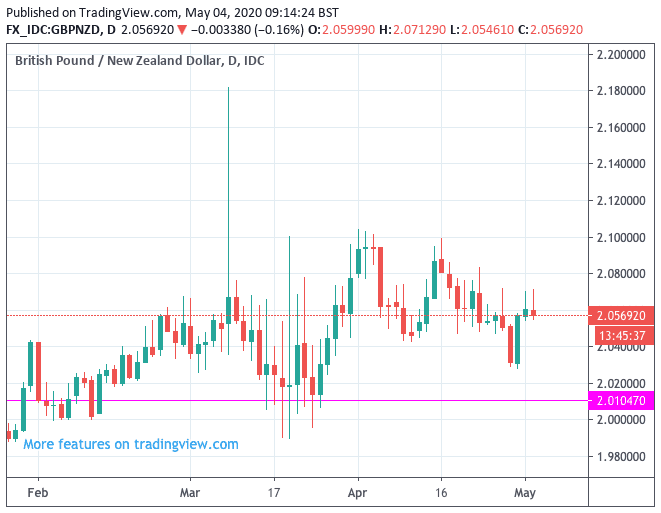 It is worth noting that this is a slow-moving currency pair and we see the likelihood of any fireworks transpiring this week as being unlikely, rather this is a slow burn and we look for a break out of the established range on a multi-week timeframe.

Turning to the fundamentals for the New Zealand Dollar this week, we would expect the broader trend in global markets to underwrite direction and we would expect any stock market weakness to be reflected in softer NZD valuations.

Weighing on investor sentiment is a persistent anxiety that the global economic meltdown is being under-represented in stock market valuations, while the prospect of a new geopolitical flare up between China and the U.S. has aided an air of caution.

"President Trump, in his infinite wisdom, has seen it as a good time to start talking about reprisals for China’s role in the global pandemic. The prospect of renewed trade tensions between the world’s two biggest economic superpowers is not really the ideal scenario for risk as economies look to re-open from their lockdown measures," says Richard Perry, an analyst at HAntec Markets.

The negative news saw the U.S. Dollar and Yen outperform their rivals as would typically be expected in a 'risk off' market, sitting at the other end of the spectrum are the New Zealand and Australian Dollars which are typically expected to underperform in such an environment.

The NZ Dollar remains primarily beholden to the moves in global sentiment, but the domestic picture does nevertheless offer some downside protection for the currency.

"The positive outlook reflects our view that New Zealand's strong fundamentals would allow its fiscal profile to strengthen after the Covid-19 outbreak subsides, leading to a rating upgrade in the next one to two years," said S&P Global.

Despite the positive ratings news, one institutional analyst does nevertheless expect to see the NZ Dollar shed some value this week.

"NZD/USD eased below 0.6020 and was not impacted by S&P reaffirming New Zealand’s AA+ credit rating with a positive outlook. A stronger USD and another 4% fall in global dairy prices at Tuesday’s auction will bear down on NZD this week," says Kim Mundy, a foreign exchange strategist at Commonwealth Bank of Australia.

On the domestic data front, Global Dairy Prices are due out on Tuesday, and are tentatively pencilled in for release at 16:20 BST.

Watch New Zealand employment statistics due out on Wednesday night at 23:45 BST, market consensus is looking for employment to decline 0.3%, on a quarter-by-quarter basis in the first quarter.

Out on Thursday at 4:00 BST is the Reserve Bank of New Zealand's quarterly survey where we should receive data and forecasts that should give a steer as to how the RBNZ intend to proceed with monetary policy over coming months.