The Pound-to-New Zealand Dollar rate opens the new week at 2.0194 after rising 0.30% in the week before.

Studies of the charts show the pair is range-trading after hitting a key chart level but that the dominant trend remains bullish and so there is a bias towards more upside.

The 4 hour chart - used to determine the short-term outlook, which includes the coming week - shows how the pair is trading sideways after peaking on October 16 at 2.0559. 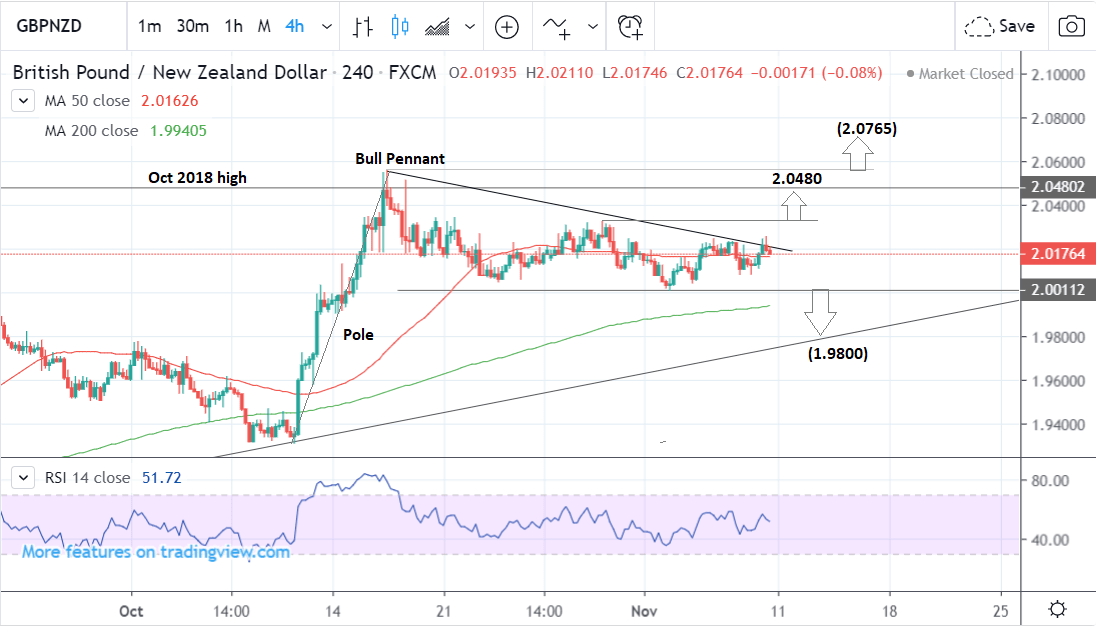 The pair could break out of the consolidation either higher or lower. If it breaks above the 2.0325 highs it will probably rally back up to the October 2018 high at 2.0480.

Alternatively, if it breaks below 1.9975 it might signal a bearish reversal lower which would probably reach the trendline at 1.9800.

The bullish scenario is marginally more likely given the previous bullish trend.

Another possible interpretation is that the sideways range could be part of a bull pennant pattern.

Pennants get their name from the triangular flags which used to fly from medieval castles - they are very bullish.

The triangular pennant shape is preceded by a steep rally called the ‘pole’ - like a flag pole. It is used as a measurement guide for establishing a target.

In the example above the conservative target for the pattern lies at 2.0765.

The daily chart shows the bull pennant with its final target drawn on at 2.1230, the equivalent to the pole extrapolated by 100% higher. 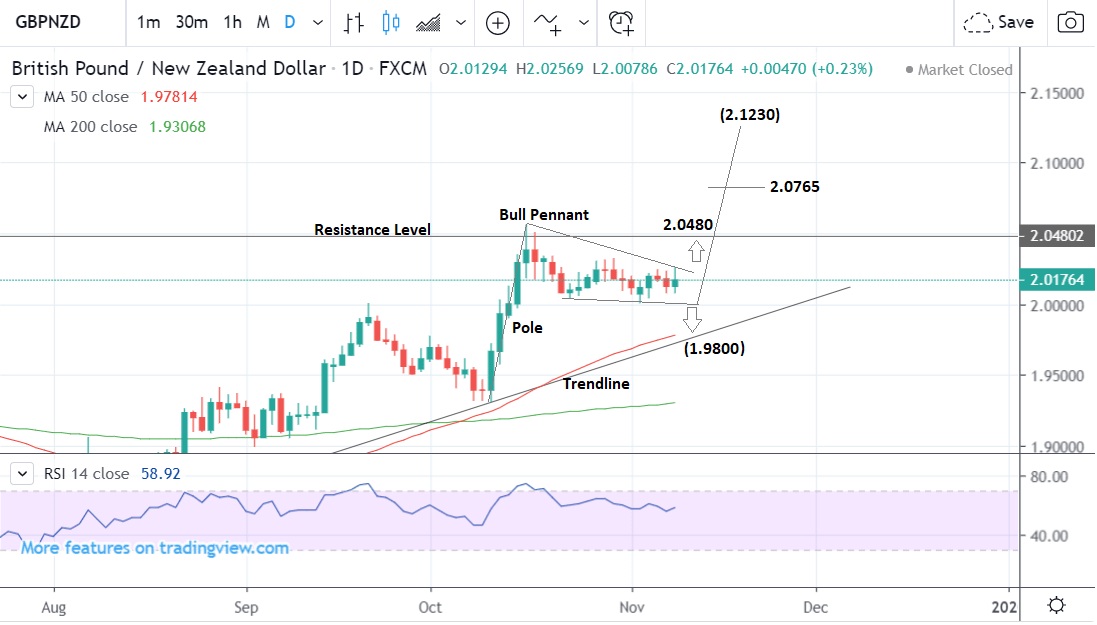 This target might be reachable over the medium-term, defined as the next month, which the daily chart is used to analyse.

The weekly chart shows the key October 2018 highs and the bigger picture. 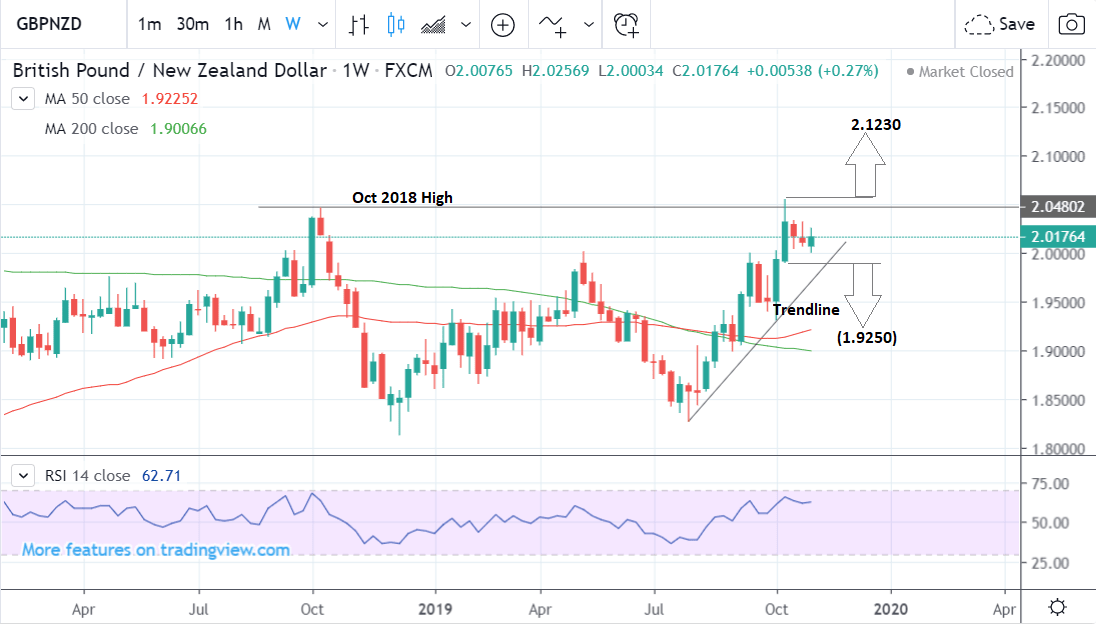 The longer-term trend actually appears to be sideways according to the chart and there is a risk of the exchange rate falling back down into the range.

For confirmation of a bearish reversal, however, the price would ideally have to break below the trendline and 1.9900 level. Such a move would then probably open the way for a move down to a target at 1.9250 and the major moving averages.

A breakout higher - above the September highs - would see a move up to the target from the pennant at 2.1230, after which there would be an increased risk of a pullback and consolidation as many traders took profit on their trades.