- Selling GBP/NZD rate is TD Securities' trade of the week.

- After NZD is punished in sell-off last week and GBP is lifted.

- UK politics seen as catalyst for correction as election looms.

The Pound advanced against the New Zealand Dollar Monday after the UK's exit from the EU was delayed for a third time although strategists at TD Securities have made selling Sterling relative to the Kiwi their 'trade of the week', and are tipping the exchange rate for losses ahead.

Prime Minister Boris Johnson has signed a letter formally agreeing to request a third delay to the UK's exit from the EU after his efforts to pass the latest incarnation of the EU withdrawal agreement were scuppered last week and markets are now waiting for the EU27's formal acceptance. An official extension will mean a 'no deal' Brexit off the table until at least January 31, 2020 although an election is now expected before year-end, with unknowable consequences.

European Council President Donald Tusk said Monday the EU 27 has agreed to the UK's request for an Article 50 extension and that a formal notice will follow. He made no mention of any conditions being attached. Prime Minister Boris Johnson is now said to have the numbers to force an early election after Scottish National Party and Liberal Democrat MPs agreed to support his bid for a ballot, which could see a date set before the close of business on Tuesday.

"Against this backdrop, we see a strong potential for a classic "sell the fact" reaction in GBP. With the EU signing off on the extension, the confirmation that we are heading into an election cycle introduces a whole new set of uncertainties into the picture. There, we think markets will focus on the Conservatives commanding lead in the polls, which is likely to translate into a harder edge to the next phase of the Brexit negotiations," says Ned Rumpeltin, European head of FX strategy at TD Securities. 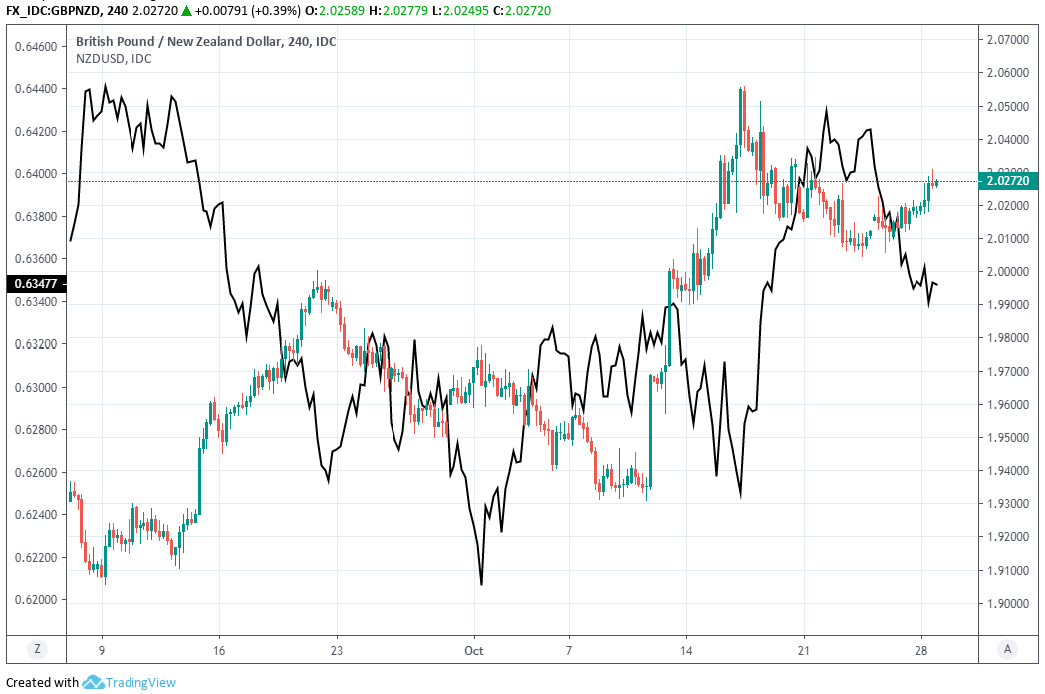 PM Johnson is wrangling to hold an election on December 12 although opposition MPs are jockeying for it to be held on December 09. Regardless of the date that's eventually agreed, the vote will be third election within the last five years and the fourth time voters have been asked to make a major decision at the ballot box. Pollsters say the governing Conservatives are in first place following the Johnson's appointment as Prime Minister but they've been wrongfooted repeatedly in recent years.

The Conservative Party is expected to pitch Boris Johnson's withdrawal agreement to the electorate up and down the country while the newly-founded Brexit Party is likely to run on a 'no deal' Brexit, or 'clean break Brexit, ticket. The Liberal Democrats have for while now made their main cause in politics the overturning of the 2016 referendum while the opposition Labour Party's position is less clear. It says it "respects the referendum result" but has sought at every step of the way to scupper all kinds of EU exit.

"We think the move higher by more than 10% in GBPNZD since end-July looks a little excessive. At the same time, we note the daily Relative Strength Index is exhibiting bearish divergence after reaching 'overbought' levels once again this month. All else equal, this suggests the risk/reward now favors the downside. Accordingly, we are entering a GBPNZD short as our trade of the week," Rumpeltin writes, in a note to clients. 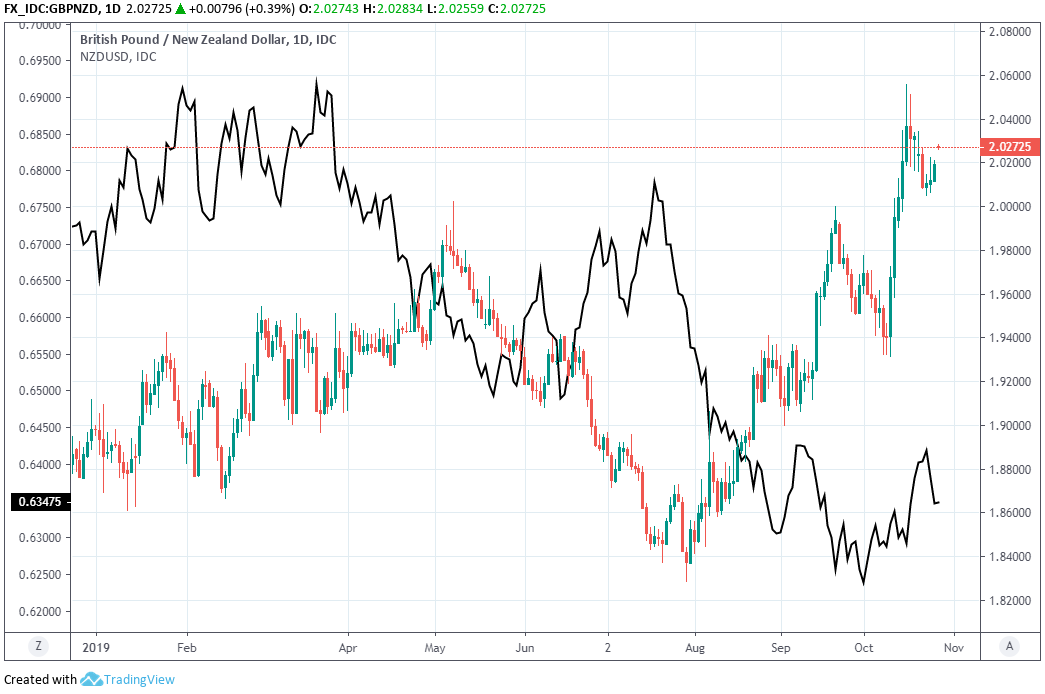 The Pound has risen to the top of the league table of major currencies for October in recent weeks, with much of the increase coming since Boris Johnson emerged from the European Council chamber in Brussels proclaiming a new Brexit deal. The prospect of a negotiated exit all but eliminates the Pound-punishing threat of a 'no deal' Brexit, which explains Sterling's recent rally.

However, with Sterling up more than 10% against the Kiwi over the last three months and the New Zealand Dollar down against most rivals over that timeframe, the Pound-to-New-Zealand-Dollar rate is thought of at TD Securities as being overstretched. And elections are almost never welcomed by currencies but the forthcoming general election will almost certainly throw up a number of new as well as familiar risks.

"A few G10 currencies are starting to look rather stretched against their shorter-term fundamentals. This week's density of drivers could see that correct," Rumpeltin says. "GBP looks about 1.5 standard deviations too rich right now after recent gains while NZD stands more than 2.5 standard deviations too cheap. In terms of potential catalysts for an unwind in recent GBPNZD gains, the NZD calendar is fairly quiet right now. The opposite is the case, however, for GBP. Here, politics are again centre-stage."

TD Securities sold the Pound-to-New-Zealand-Dollar rate at 2.0222 Monday and is targeting a move down to the 1.9545 level over the coming weeks.