- NZD gets no help from solid Q1 retail report given RBNZ outlook.

The New Zealand Dollar hit a new low against most major currencies Wednesday after the first-quarter retail sales report was unable to arrest the decline in the currency but, with one eye on rising milk prices, local analysts are turning bullish in their outlook for the Antipodean unit.

Kiwi declines offered the Pound-to-New-Zealand Dollar exchange rate temporary support overnight, but that looked to be fading in the morning session as market concerns over the state of the Brexit process escalated and added downward pressure on Sterling.

New Zealand retail sales rose 0.7% during the first quarter, down from a 1.7% expansion in the final three months of 2018 but above the consensus for growth of 0.6%. Core retail sales, which exclude cars and gasoline, were also up 0.7% although analysts had been looking for growth of 0.9%.

"We expect to see continued moderate gains in spending over the remainder of 2019 and in 2020. Disposable incomes have been boosted by increases in government spending, including the Government’s Families Package. The labour market is in good shape and wages are gradually rising," says Satish Ranchhod, an economist at Westpac. "Recent falls in fixed mortgage rates and the related firming in the housing market will support spending appetites through the back half of the year."

Markets care about retails sales data because it provides insight into the likely pace of growth in a given period and momentum within an economy is an important determinant of inflation.

It's below-target inflation that prompted the Reserve Bank of New Zealand (RBNZ) to cut its interest rate to a fresh record low of 1.5% in May. The bank hopes to lift inflation by aiding increased spending among households and companies.

The RBNZ's change of interest rates may well encourage faster economic growth but for the New Zealand Dollar, it's only made an existing headache worse. The Kiwi currency is down -3.2% against the U.S. Dollar for 2019 and nearly -3% against Pound Sterling.

And markets are still betting on a further reduction of the cash rate before the year is out. That could explain why the New Zealand Dollar drew no support from the retail sales numbers Wednesday, as they're unlikely to do anything positive for the interest rate outlook. 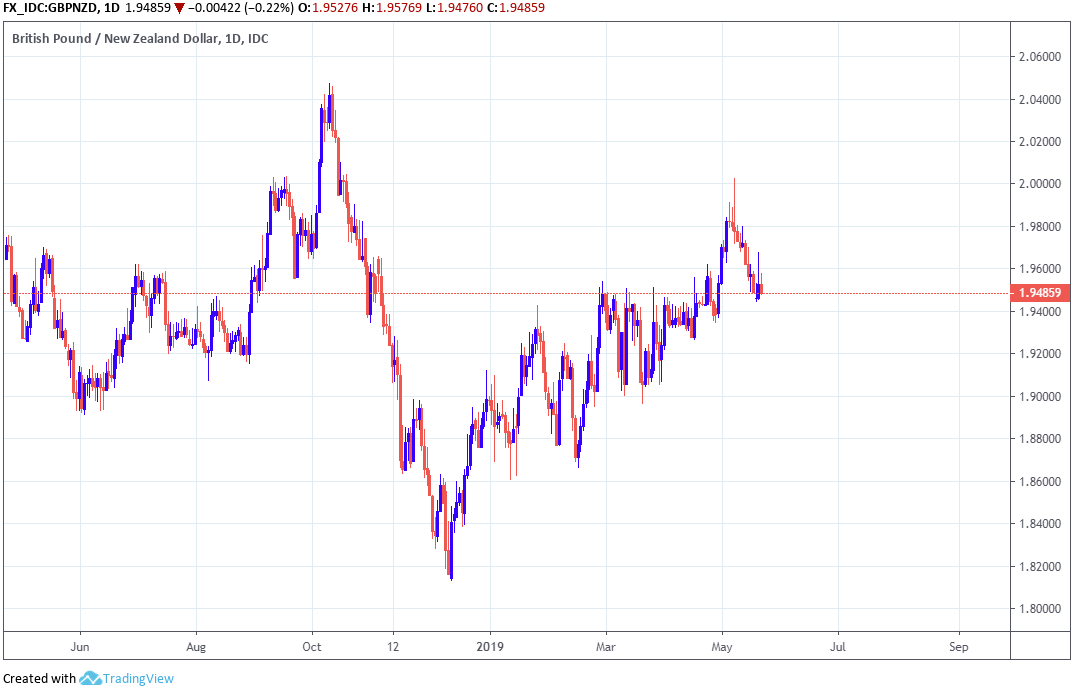 "The stronger than expected Q1 2019 New Zealand retail sales data did little to halt the recent slide in NZD. However, we do not expect the fall in NZD to be sustained," says Kim Mundy, a strategist at Commonwealth Bank of Australia. "Fonterra is likely to lift the 2018/19 forecast towards the upper end of its current forecast range, judging from the recent lift in dairy prices. Our ASB colleagues also expect Fonterra to announce a 2019/20 opening forecast of NZ$7.00/kg or above. This is NZD supportive."

Fonterra, the national agricultural co-operative, is expected to announce its latest milk price forecasts on Wednesday and given recent auction results for whole milk powder analysts are anticipating some upgrades.

The New Zealand Dollar is partly underwritten by a commodity trade with the rest of the world and whole milk powder exports make up a substantial portion of that trade, so any increase in prices would lift the 'fundamental' value of the Kiwi.

Westpac also cites a favourable outlook for milk and other agricultural commodity prices as one reason for thinking the New Zealand Dollar sell-off is over and that it should now stabilise.

The Westpac team also say that a disease which has significantly reduced the supply of pork in China will be a boon for the Kiwi meat trade because consumers from the world's second largest economy may now turn to New Zealand lamb as an alternative. 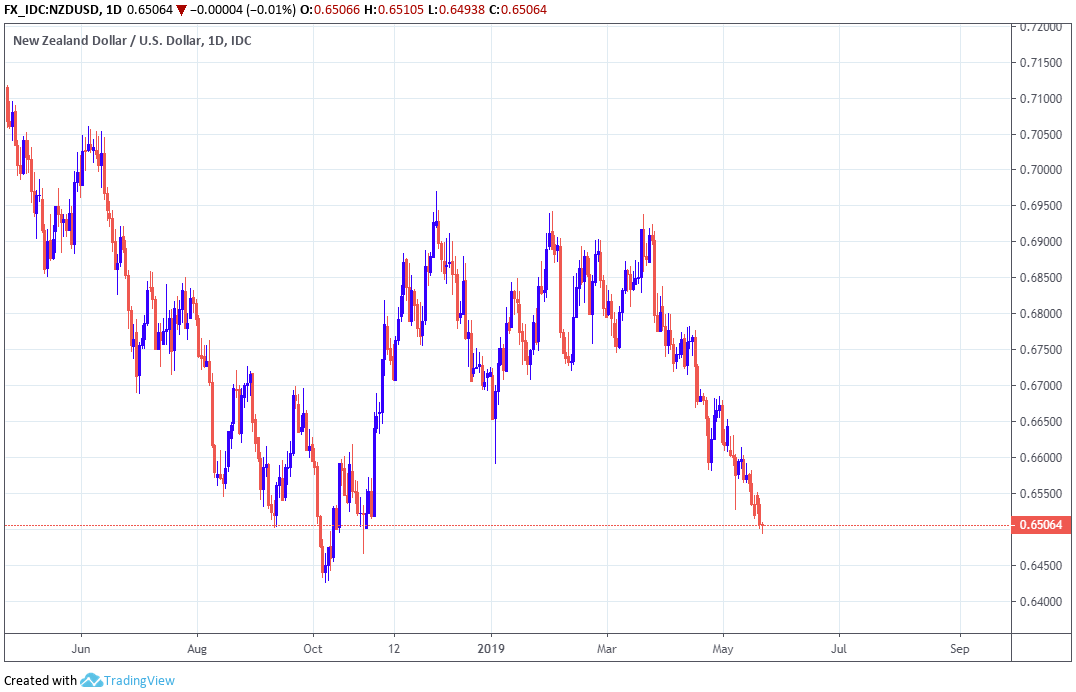 "With the NZD/USD now having fallen considerably, there is only a little further for this story to run. Starting late this year we expect the NZ dollar to start drifting higher, supported by a firm terms of trade, improving sentiment around the outlook for global growth and eventually a gradual normalisation of monetary policy," says Dominic Stephens, chief NZ economist at Westpac.

However, before those forecasts are realised, Pound Sterling could be adversely impacted over the coming months by market fears over the increasingly uncertain trajectory of the Brexit process.

Most analysts still forecast an 'orderly Brexit' and solid recovery of the British currency before year-end but are increasingly cognizant of growing risks to this view.