The GBP/NZD exchange rate is trading at 1.9499 at the time of writing, considerably lower than the 1.97s it was trading at at the beginning of the previous week.

From a technical perspective, the pair is now in a concerted downtrend which started after the pair peaked at the beginning of May. Given the old adage that the ‘trend is your friend’ this downtrend is biased to continue rather than reverse. 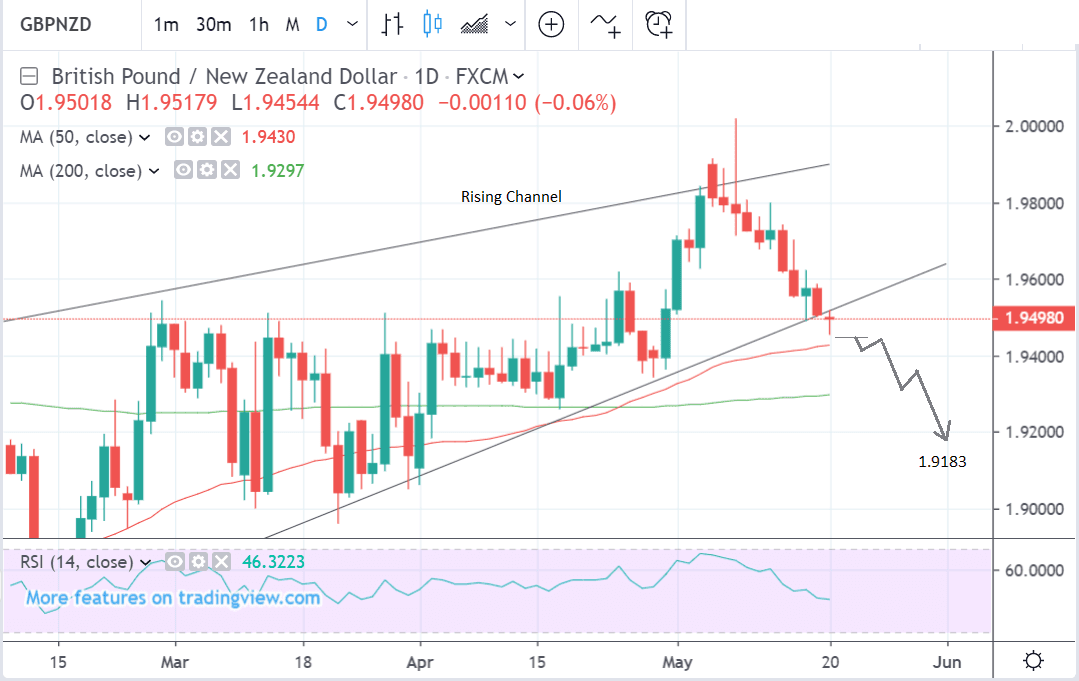 The pair has also now broken below the lower borderline of the multi-month trend channel which is another bearish sign. This suggests a probable decline of at least 61.8% of the height of the channel extrapolated lower, which in this case would indicate a target at 1.9183.

The picture is however complicated by the formidable hard floor of support which lies just below the current market level, starting with the 50-day moving average (MA) at 1.9430 and then followed by the 200-day at 1.9297, and these could prove difficult to break through.

Therefore, we could expect some element of respite in this region.

Ultimately though, the stronger signal is the channel breakout and should it hold we would expect it to lead to further weakness.

If the pair can sustain the breakout and follow-through lower - which would be signalled by a break below 1.9450, followed by 1.9400 - it is quite possible it will continue all the way down to the aforesaid target at 1.9183.

With the large MA’s providing support along the way, however, it could be a bumpy ride lower, with possible stalls and minor pull-backs from touches of the MAs.