- NZD rebound could continue as doubts about RBNZ cuts creep in.

The Pound-to-New-Zealand-Dollar rate was on the back foot Friday, despite gains elsewhere for Sterling, after the Antipodean currencies were lifted by a series of Chinese economic figures that surprised on the upside.

New Zealand's Dollar was on its front foot during the final session of the week after People's Bank of China (PBOC) data later showed loan issuance by domestic lenders almost doubling during March, after having fallen sharply in February, while the trade surplus also rebounded from depressed levels too.

Chinese loans to consumers and businesses totalled CNY 1.69 trillion during March, up from 886 bn in February and far ahead of the consensus for a loan book of 1.22 trillion. The trade surplus rose from $34 bn to $221 bn in March.

Given widespread concerns about a continued slowdown in Chinese growth hurting the global economy, Friday's economic numbers gave markets a lift and helped China-sensitive Kiwi back onto its front foot and some analysts are questioning whether it could remain on the offensive for a while yet.

"As badly as I want to be short NZD into the RBNZ, I am taking off the NZD view because I think it’s too crowded. You could argue this is a lame move given the price action is encouraging, but Orr’s speech exposed more uncertainty than I would have expected," Brent Donnelly, a HSBC trader, writes to clients Friday.

The Kiwi has fallen sharply during the last month after the Reserve Bank of New Zealand (RBNZ) said the next move in its cash rate is likely to be a cut to a fresh record low, which saw markets begin betting the will act as soon as its next meeting in May. 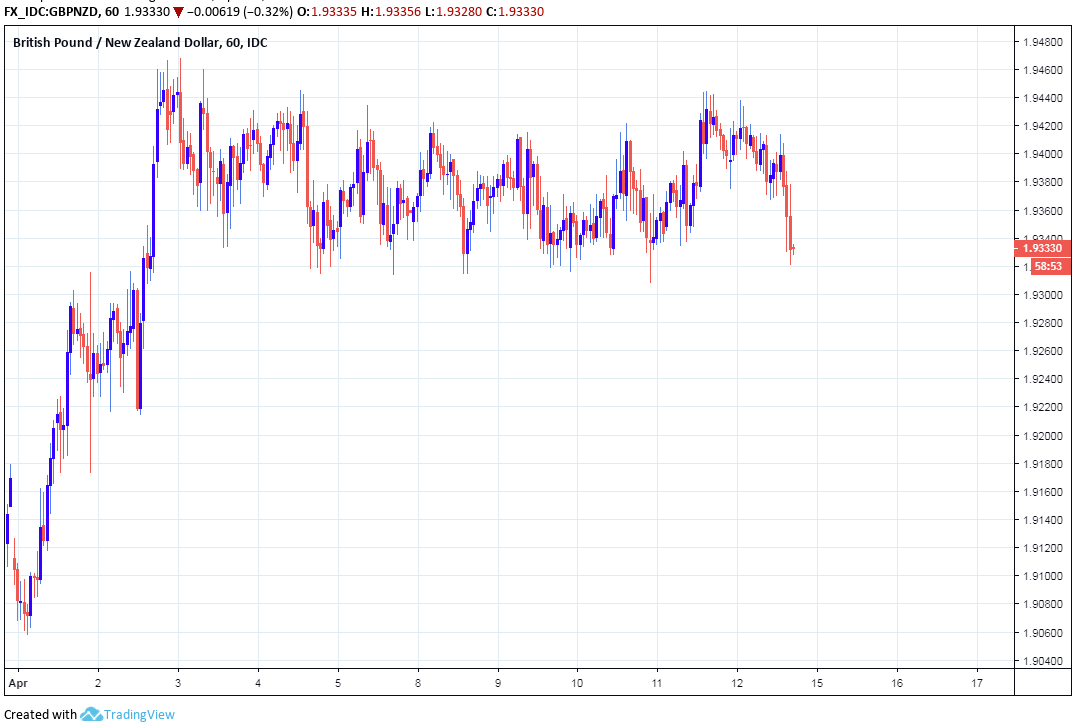 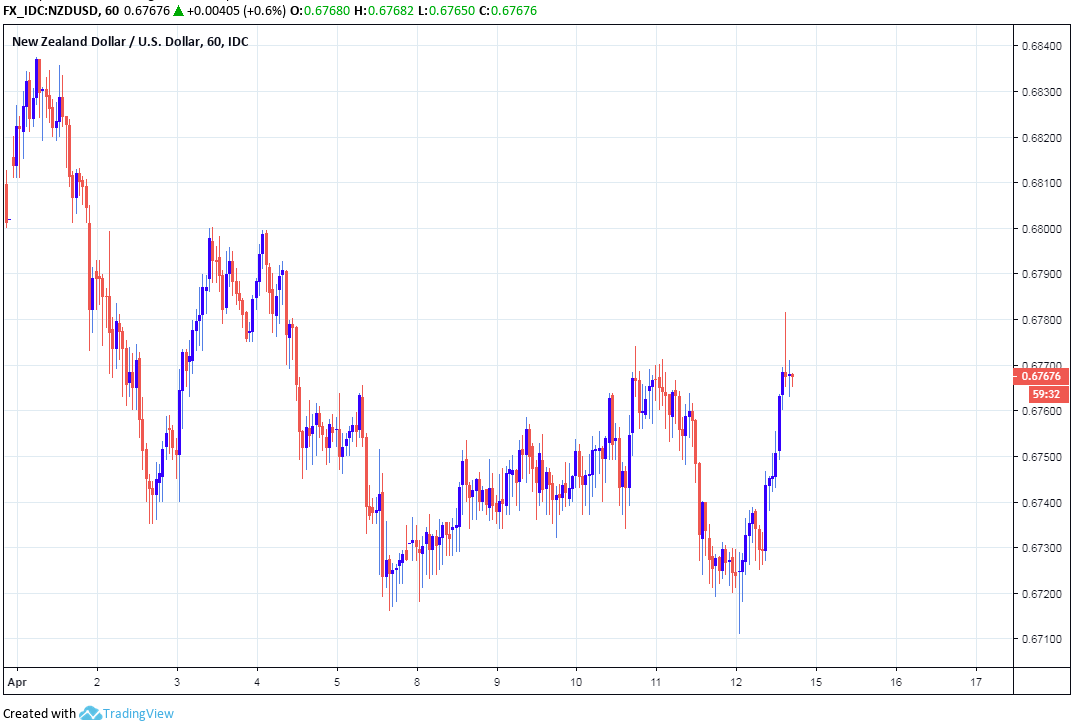 "40/60 market pricing for a May rate cut from the RBNZ suddenly looks reasonable to me whereas my prior, pre-Orr, was more like 70/30. I specifically thought the RBNZ was not data dependent and Wednesday Orr insisted they are data dependent. My confident view that a May rate cut was a done deal is now wobbly," Donnelly writes.

Reserve Bank of New Zealand governor Adrian Orr told Bloomberg News Wednesday the bank is "data dependent", which means looming monetary policy decisions will be made according to the message given off by recent economic data.

Speculative bets and hedging activity caused the market to move that far and the implications of those views for the interest rate outlook have weighed on the New Zealand Dollar during the last month but HSBC's Donnelly is beginning to doubt the market consensus.

"Many analysts are expecting a rate cut next month as they perceive that the Governor 'wants to deliver one', despite the fact that the RBNZ has formalized a MPC process to now make that decision by consensus," says Annette Beacher, chief Asia Pacific strategist at TD Securities.

Friday's Chinese economic figures are a boon for New Zealand because of the close agricultural trading relationship that exists between the two countries, but recent domestic data have been mixed.

Third quarter growth was its weakest for four years and unemployment rose by nearly 9% during the final quarter of 2018. Furthermore, and although GDP growth did rise from 0.3% to 0.6% in the final three months of the year, that number was still below the RBNZ forecast of 0.8%.

The domestic data suggests the RBNZ might feel compelled to cut interest rates, especially because slower growth will reduce inflation pressures in the economy and the consumer price index has already been below the midpoint of the 1%-to-3% target band for seven years now.

But if the RBNZ does not cut rates in May, perhaps because that will be the first decision taken by the new monetary policy committee rather than the governor alone, then the New Zealand Dollar could be in for a treat because the currency market is positioned for a rate cut.

"The OIS strip is pricing a 25bp rate cut by August, and closer to two rate cuts by mid-2020. However, now is not the time to fade this pricing as the RBNZ keeps rate cuts as a live option, preferring to be the most bearish of the dollar bloc," says TD's Beacher.