Analysts say we should expect the Euro to continue outperforming Pound Sterling owing to surplus flows and a dynamic economic outlook for the Eurozone.

The British Pound is tipped to steadily weaken versus the Euro over the remainder of 2018 say analysts at Deutsche Bank and HSBC who in early March have updated clients on where they see the major currencies going.

HSBC focus on the political concerns weighing on Sterling while Deutsche Bank look at structural imbalances related to the UK's trade position with the rest of the world and the ongoing outperformance of the Eurozone economy.

Deutsche Bank, one of the world's largest currency dealers, believe a decline in the Pound-to-Euro exchange rate can be expected as the Pound is unable to shake off the albatross slung around its neck that is the country's current account deficit of 5.0% of GDP.

The current account is a measure of the UK's balance of payments with the rest of the world and so helps provide a snapshot of flows and currency demand. The deficit arises as the UK imports more in terms of goods and services than it exports. 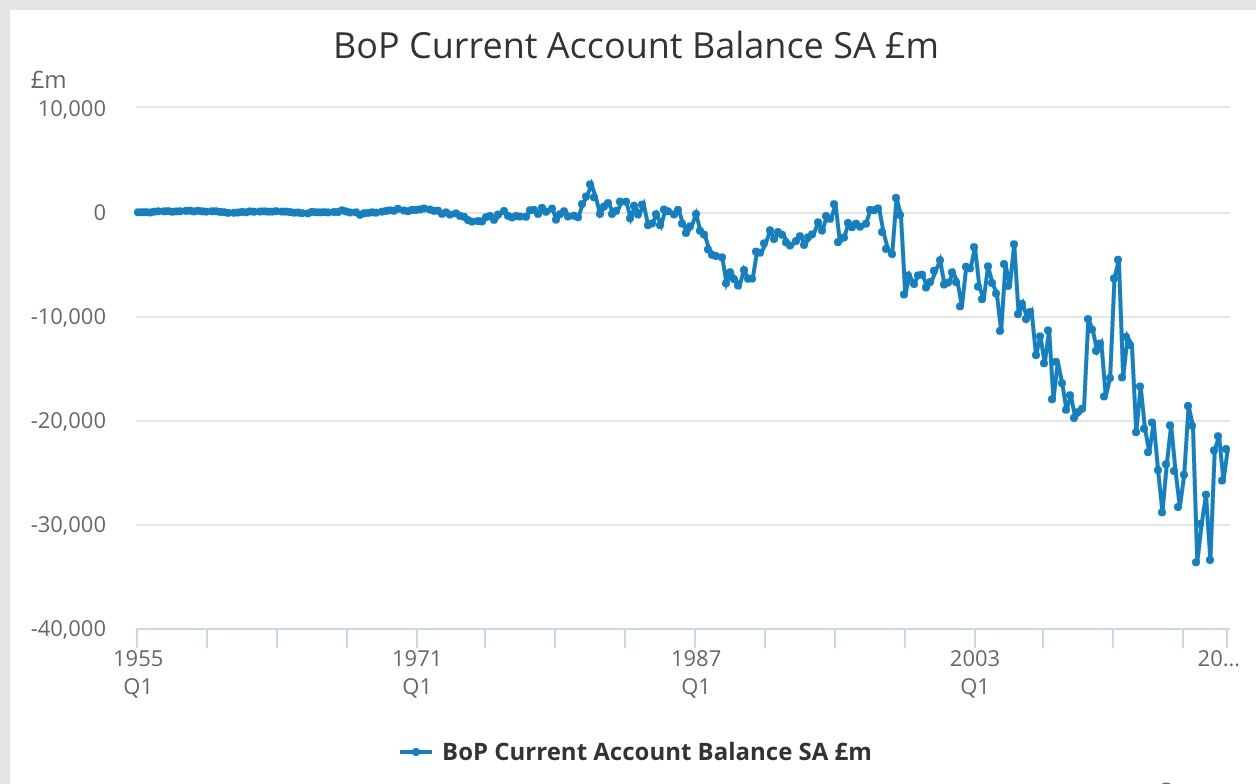 Uncertainty over Brexit could yet threaten investor confidence and sap foreign investor demand, adding downside to the weighing up exercise for the Pound say Deutsche Bank.

A 'hawkish' Bank of England is however one factor that could support Sterling and limits potential downside damage.

Investors now expect the BoE to raise interest rates one and a half times (in 0.25% tranches) in 2018, which would be positive for the Pound as higher interest rates attract greater inflows of foreign capital.

So while one tranche of foreign investors might be put off by Brexit uncertainty, another will be looking at the UK's improving interest rate scenario which should offer better returns.

Deutsche Bank strategist George Saravelos is however sceptical as he sees headwinds to the Bank of England's interest raising agenda from slow data.

"With the market now pricing one and a half rate hikes from the BoE before year end and recent data disappointing expectations, we think it will be diﬃcult for monetary policy to provide much more support from here," says Saravelos.

The Euro is meanwhile tipped by Deutsche Bank to rise as a combination of strong regional growth and repatriation flows provide support.

Eurozone investors are 'heavyweight' foreign assets owing to the lack of return available in the Eurozone where interest rates have been exceptionally low for years, but Saravelos expects steadily increasing backflows to benefit the Euro as the European Central Bank (ECB) starts to hike interest rates in the region.

"On the European side the ﬂow picture is far more supportive with European investors still holding exceptionally large overweights in foreign ﬁxed income assets that are likely to start adjusting as the ECB prepares for a shift away from negative rates," says Saravelos.

The Eurozone has the "largest current account surplus in the world" according to Saravelos and, in addition, he sees political risks easing, although his Italian election call was more benign than the reality in which a large 'populist' share of the vote remains a threat, albeit small, to the European 'project'.

Given the aforementioned asymmetrical analysis, it is not surprising Deutsche's forecast is for the Pound-to-Euro exchange rate to fall to 1.0750 by the end of the Q3 and the end of the year.

This represents the 2016 low plumbed by Sterling back in September, and equates to the technical target we have recently reported analyst Lucy Lillicrap at AFEX to be targeting. 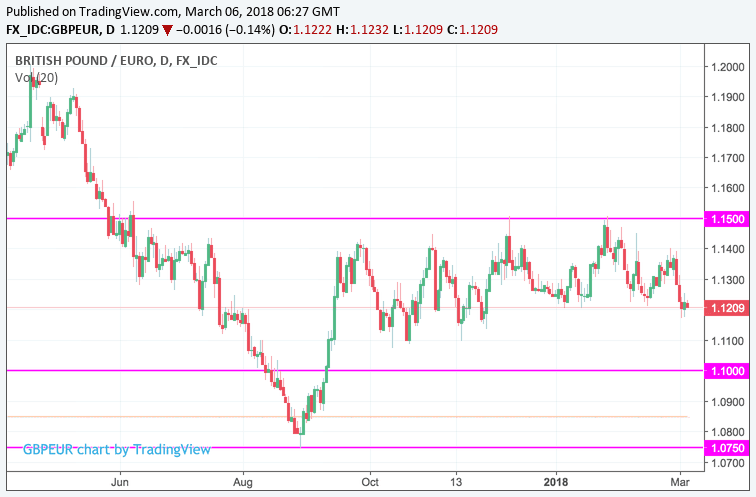 Analyst Dominic Bunning at HSBC meanwhile warns that UK political pressures are simply not going to ease enough to allow Sterling a fresh shot at making a sustainable recovery against the Euro.

"GBP is facing renewed political pressure and it is difficult to see how this pressure eases," says Bunning, a strategist at HSBC's London headquarters.

Concerning ongoing Brexit negotiations Bunning notes "there still appears to be a wide divergence of views between the various players involved" and the UK must provide real detail "to make policy workable and enforceable and to give businesses time to plan their strategies."

The EU Council President Donald Tusk is due to reveal the bloc's latest stance on Brexit negotiations on March 7 in Luxembourg and markets are expecting the EU to stick stubbornly to their negotiating red lines while blaming the UK's own red lines for any failures on progress.

Meeting with PM @theresa_may in London before I next week will present draft EU27 guidelines for our future relationship. #Brexit pic.twitter.com/hhEkFVpiko

Eyeing the potential for deadlock between the UK and EU, HSBC believe there appears to be little reason to be constructive on GBP from a political angle.

The Euro-to-Pound exchange rate is forecast to rise to 0.93 this year, which gives us a Pound-to-Euro exchange rate target at 1.0750; in line with the forecasts established by peers at Deutsche Bank.