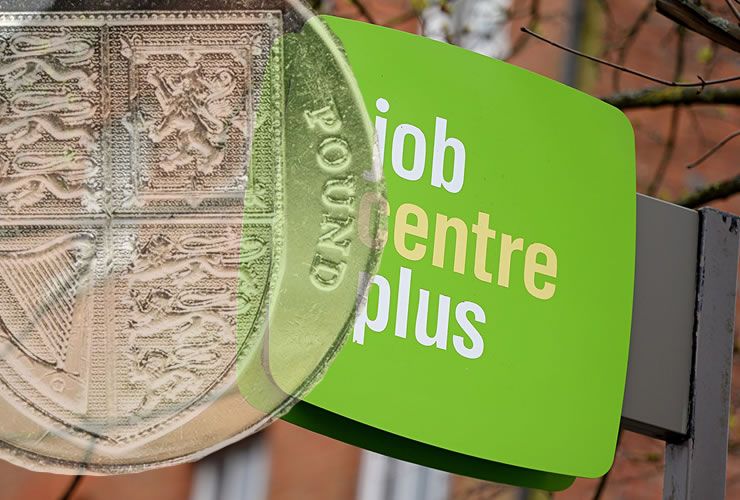 The Pound started the day under pressure against both the Euro and Dollar following a news report that Bank of England Deputy Governor Ben Broadbent believed it is too soon to raise interest rates.

However, sentiment soon shifted in Sterling's favour in mid-morning with the release of employment statistics for May from the ONS.

The data beat analyst expectations in line with our suggestions made over recent days that markets had become too pessimistic regarding the economy and there were growing risks that a series of positive surprises were now likely.

“Today's labour market numbers have been taken by markets as somewhat hawkish. Sterling rallied on the back of the release, and the market-implied probability of a rate rise in August inched up from 8% to 11%,” says Elizabeth Martins, Economist at HSBC Bank plc.

Pound climbs for the first time this week - but it's been a rollercoaster kind of day https://t.co/CgFyqmp31Z pic.twitter.com/9ngryjK6NM

A big caveat though - gains are likely to be limited as negativity regarding the currency, economy and political environment remains pervasive and at best, we would expect the currency to trade back in the ranges seen of late.

Get up to 5% more foreign exchange by using a specialist provider. Get closer to the real market rate and avoid the massive spreads charged by your bank for international payments. Learn more here.

Mixed Data, but Expectations Were so Low

The ONS reports the UK claimant count also rose by less-than-expected amount at +6K, economists had forecast a reading of 10K.

Unemployment fell 64k in the three months to May and the unemployment rate fell 0.1pp to 4.5% (the latter is at its lowest level since April-June 1975).

Average earnings, without bonuses included, for May rose to 2.0%, ahead of expectations for growth of 1.9%.

However, earnings are still well below inflation which does not bode well for the outlook.

Because real earnings are now falling a knock-on effect on retail spending and general economic activity could be felt.

“With operating costs now at their highest in four years, small business employees are absorbing inflationary pressure by paying themselves less. Many will also be responding with further price increases, leaving all concerned with weakened discretionary spending power. Our consumer-facing members say they’re really starting to feel the impacts of decreasing demand," says Mike Cherry, National Chairman at the Federation of Small Business.

Headline inflation should peak around 3% and fall back as much of the rises are seen as being one-off owing to the deline in Sterling following the EU referendum.

If inflation starts to fall back towards the 2% or so level implied by wage growth (core inflation) then the conditions to raise interest rates at the Bank of England could said to be in place.

This view could support Sterling in the current environment.

But it depends on who you listen to.

"Given the emphasis that some members of the Monetary Policy Committee (including Governor Carney) have put on wanting to see a clear “firming” in wage growth before they join others in voting to hike interest rates, we still think it is more likely than not that the MPC will hold off for a while longer, rather than raise interest rates imminently," says Paul Hollingsworth, UK Economist at Capital Economics.

This should keep any strength in the Pound in check.

Reports from the frontline are however optimistic. Lee Biggins, founder and managing director of CV-Library says he is seeing an appetite amongst businesses to invest in staff by improved pay levels:

“We also found that salaries rose by an extremely promising 1.9% in Q2 2017, when compared with Q2 2016. Given the events that took place last summer following the EU Referendum, and the fact that the Brexit backlash was yet to hit, it’s extremely positive to witness this jump in pay and suggests that businesses across the UK are remaining confident and still looking to invest in their workforce.”

The employment release comes amidst an atmosphere of renewed pressure on Sterling with the GBP/EUR exchange rate breaking to fresh eight-month lows over recent hours.

A combination of technical factors and disappointment that the Bank of England's Ben Broadbent didn't mention the need to raise interest rates in a recent speech are behind the renewed selling pressure.

Sentiment towards the UK currency remains negative amongst the potent cocktail of domestic political uncertainty, slowing economic momentum and ongoing concerns regarding Brexit.