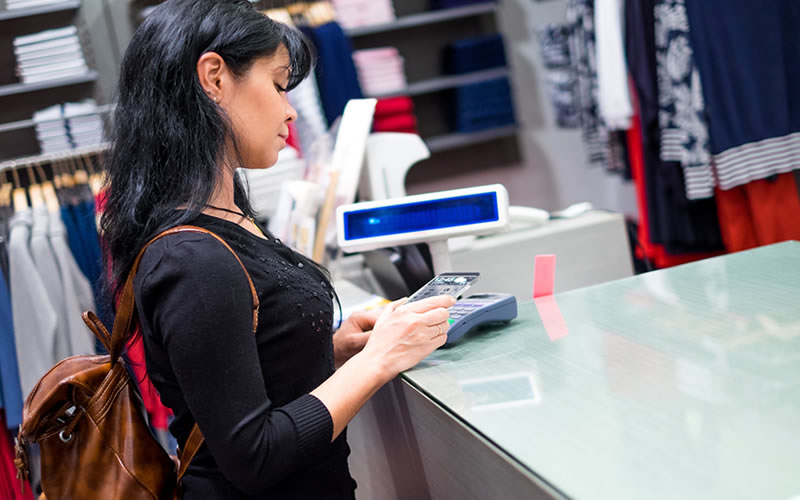 The UK consumer is back, and the British Pound likes it.

The ONS has reported on Thursday, March 23 that UK retail sales grew 1.4% in February in what amounts to an impressive recovery on the 1.3% contraction witnessed in January.

The result easily beats expectations for a rise of just 0.4% expected by markets.

Because economists - and by extension markets - underestimated the outcome the Pound has had to correct higher.

"The latest UK retail sales figures will provide some reassurance that higher inflation has not brought growth in consumer spending to a halt,” says Paul Hollingsworth, UK Economist with Capital Economics in London. “Markets reacted favourably, with the Pound rising strongly after the release. However, given that sales volumes had fallen for three successive months, some rebound had looked quite likely.” 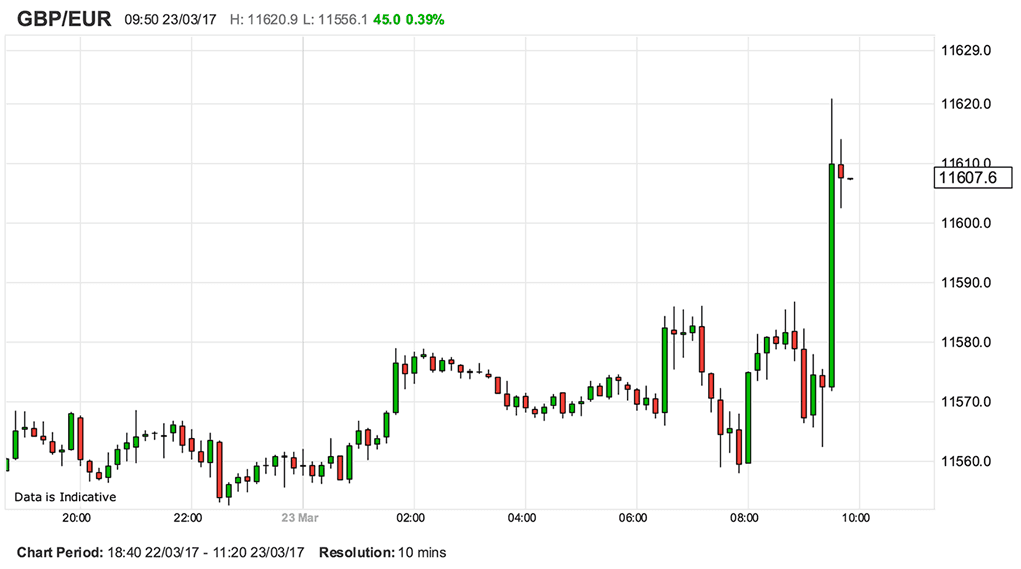 Above: A notable spike in the GBP/EUR pair is seen following the release.

"The GBP has been trading well recently, boosted by much stronger inflation earlier in the week. As such, a significant upside surprise in retail sales should see GBPUSD extend to its range highs," says analyst Robin Wilkin at Lloyds Bank's Commercial Banking division. 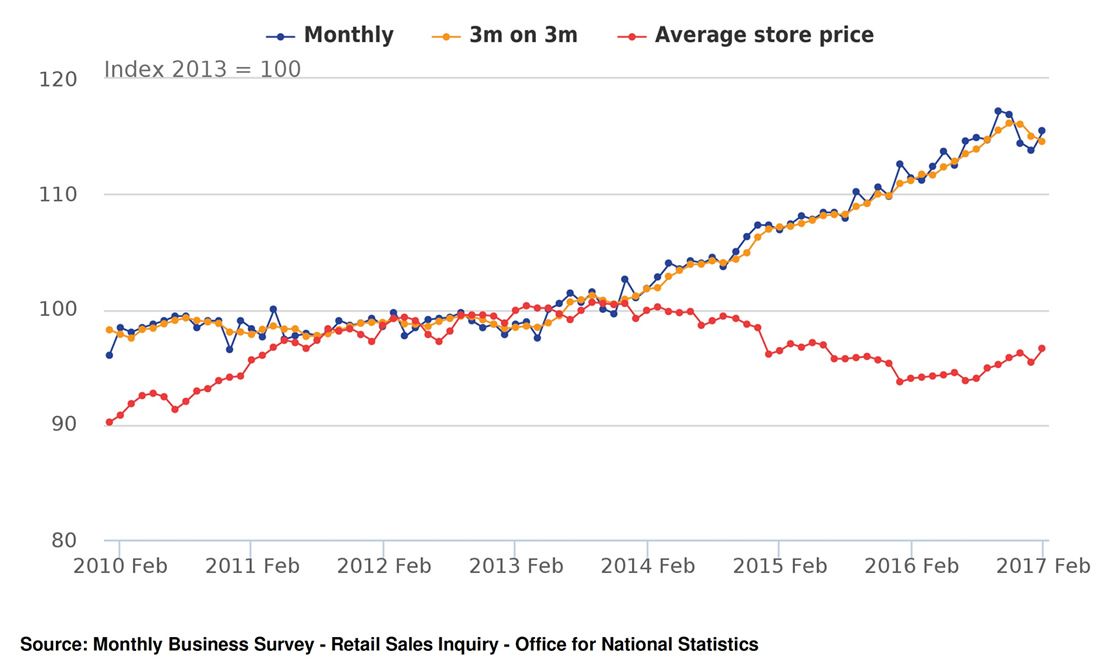 Of interest, online sales increased year-on-year by 20.7% and by 3.3% on the month, accounting for approximately 15.3% of all retail spending.

"The monthly growth in February is seen across all store types. The underlying trend suggests that rising petrol prices in particular have had a negative effect on the overall quantity of goods bought over the last three months,” says Kate Davies, Senior Statistician at the ONS.

With annual growth in the retail sales deflator picking up from 1.9% in January to 2.8% in February, the fastest rate of inflation since March 2012, Capital Economics say it is unlikely that we will return to the strong rates of sales volumes growth seen in the second half of last year any time soon.

However, it is worth noting that retail sales only account for around a third of household spending, and the early evidence on other areas of spending has been more encouraging.

For example, the Bank of England’s Agents’ Score of consumer services turnover has held steady at a fairly high level.

"As a result, with credit conditions remaining supportive, and consumers’ confidence in the outlook for their own finances still quite strong, we expect overall household spending to slow this year, rather than collapse outright," says Hollingsworth.

Markets Were Pessimistic Ahead of the Release

Ahead of the release markets were expecting the recent trend of fading consumer confidence to be reflected in today's data release.

2017 has seen a slowing of retail sales growth after a stellar 2016 and most economists agree that for economic growth to hold up in 2017 retail sales must remain robust.

There were concerns that the number might be missed owing to the rapid increase in UK inflation we have observed over recent months which is set to dampen the appetite amongst consumers to spend.

“Data from the U.K. has been good and investors are looking to the retail sales report to confirm the improvements.  But a good number is not a given as wage growth slowed and while the British Retail Consortium reported a smaller decline in shop prices and spending, both figures remained negative,” says Kathy Lien, Director at BK Asset Management in New York.

“If retail sales miss, it would be the perfect catalyst for a reversal in GBP/USD,” says Lien.