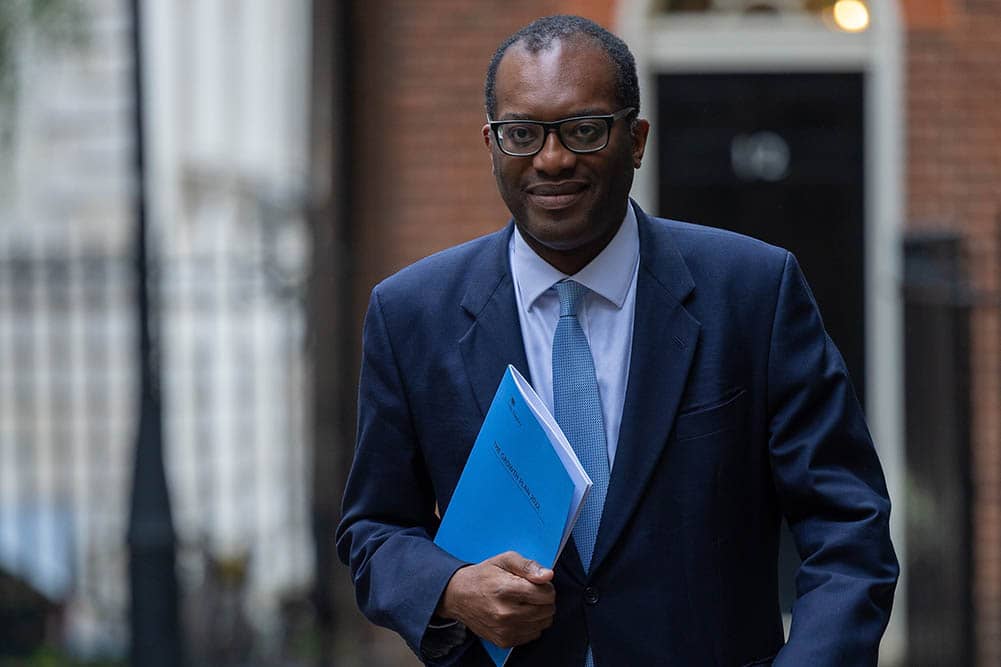 The British Pound rose at the start of a new week after it became clear the UK government would ditch a proposal to remove the 45p rate of income tax.

"We get it, and we have listened," says Kwarteng in a statement issued Monday morning, announcing the 45p tax cut would be abandoned.

"It is clear that the abolition of the 45p tax rate has become a distraction from our overriding mission to tackle the challenges facing our country.

"As a result, I'm announce gee are not proceeding with the abolition of the 45p tax rate. We get, and we have listened.

"This will allow us to focus on delivering the major parts of our growth package.

The Pound to Dollar exchange rate rose a percent to 1.1250 as the news came through, paring gains to 1.12 by the time of writing, taking bank payment rates to around 1.0980 and rates at payment specialists to around 1.1170.

The Pound to Euro exchange rate rose two-thirds of a percent to 1.1430, taking bank payment rates to around 1.12 and those at payment specialists to around 1.1400. 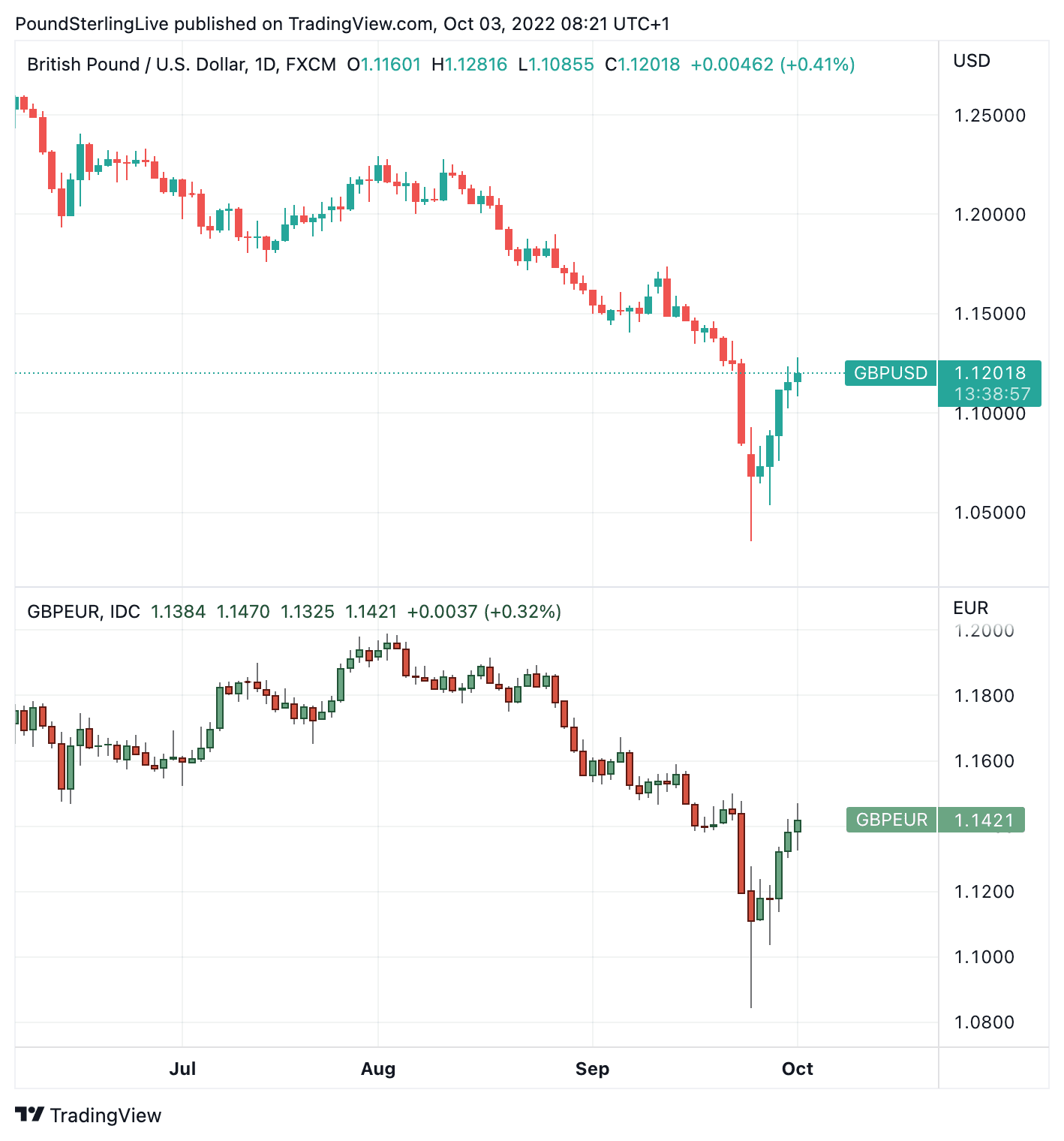 "My estimates suggest $GBPUSD should be trading around 1.13-1.14 if the entire 'Kami-Kwasi budget' risk premium is unwound. Seems reasonable we get there in the next few sessions... 45p tax cut was the nail in the coffin for the pound last week. Taking this out is a big deal," says Viraj Patel, macro strategist at Vanda Research.

The Pound fell sharply after the government revealed plans to drop the 45p tax band and fund it through more borrowing.

The decision caused markets to query the fiscal discipline of the government of Liz Truss.

This in turn raises the cost of finance through the economy, including in mortgage finance and derivatives.

Therefore, reversing the decision does go some way in restoring the UK's fiscal credibility.

Over recent days it became clear to the government that there was significant opposition to the 45p tax cut growing within the Conservative party.

It was reported that fears were growing the 45p tax cut wouldn't get through parliament owing to the scale of internal opposition.

"The pound has reversed back to pre 'fiscal event' levels on news of a policy U-turn," says Chris Turner, Global Head of Markets and Regional Head of Research for UK & CEE.

ING's economics team says the move is symbolic, being less about the amount of money it will save (low billions) and more about the poor signal it had delivered of ideological (unfunded) tax cuts.

What does this mean for Sterling's outlook?

"We will not be churlish here and say this will not affect the pound. Yet cable has today returned to levels seen just before Chancellor Kwasi Kwarteng delivered the infamous 'fiscal event' and it would now be hard to argue that cable should be trading much higher than that," says. Turner.

He adds the u-turn alleviates the risk of Pound-Dollar trading to parity in that it shows Downing Street will show greater respect to financial markets when considering policy options.

Turner says there is the potential for a new trading range in Pound-Dollar of between 1.1000 and 1.1350.