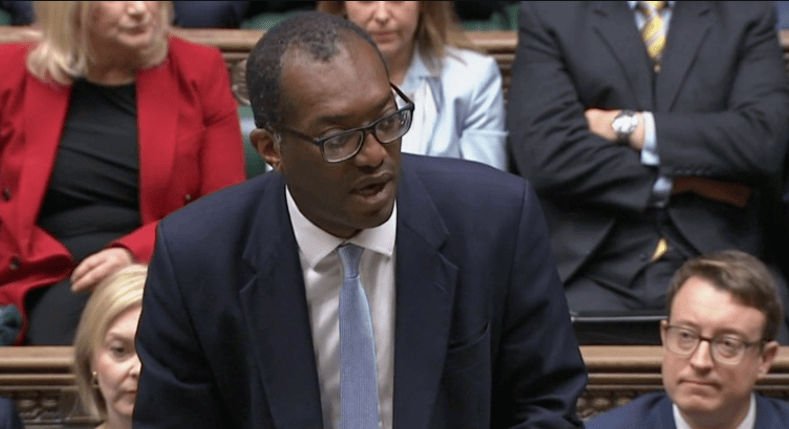 Above: Chancellor Kwarteng delivers a statement on fiscal changes to the House of Commons.

This is a bold statement of intent by the government of Liz Truss, her mission statement is clear and it remains to be seen whether it works. If it does, the Pound faces a brighter future, if it doesn't surely record lows beckon.

Kwarteng announced in his Growth Plan 2022 significant cuts to the UK's tax burden in an effort to boost UK economic growth.

The moves amount to the biggest tax cut programme since 1972.

The surge in UK government borrowing costs and the fall in the Pound confirms the market is unsure how the new cuts - as well as the billions spent on capping energy bills - will be funded. 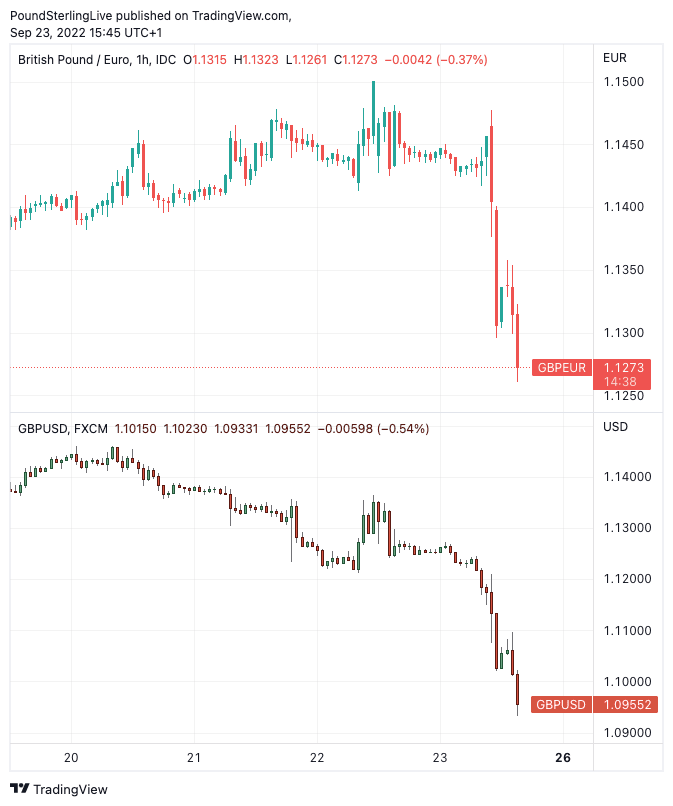 "Marked GBP weakness suggests that any cyclical support for the currency from the fiscal impulse is being out-weighed by concerns over the sizeable burden these plans will put on government finances," says Daragh Maher, head of FX Strategy, US, at HSBC plc.

Maher says with the UK’s external balance already falling sharply (the core balance is running at close to 8% of GDP), the 'twin deficits' structural bearish case for Sterling is growing in prominence.

Money market pricing shows traders now see a 50% chance of a 100 basis point hike at the Bank of England in November.

This suggests the market believes the measures taken by the Government will stimulate growth, but crucially, growth that would stimulate longer-term inflation.

Yields paid on five-year UK government bonds shot higher by 50 basis points, which puts it on course for its biggest rise on record.

Looking at key Sterling rates at the time of this article's update, the Pound to Euro exchange rate is 1.45% lower on the day at 1.1280, taking bank transfer rates to 1.1055 and rates offered at independent payment providers to 1.1257.

The Pound to Dollar exchange rate is a staggering 2.86% lower on the day at 1.0940. Bank transfer rates on dollar payments are seen at 1.0721 and independent payment provider rates were seen at 1.0970.

The government drove through the biggest tax cut programme since 1972, greater even than those made by Margret Thatcher's chancellor Nigel Lawson.

Headline announcements include the cutting of the basic rate of Income Tax from 20p to 19p, from April 2023.

The top rate of income tax was cut from 45p to 40p, in order "to attract global talent and incentivise enterprise," said the government.

The developments amount to a significant increase in the UK's tax burden and government bonds fell in response. 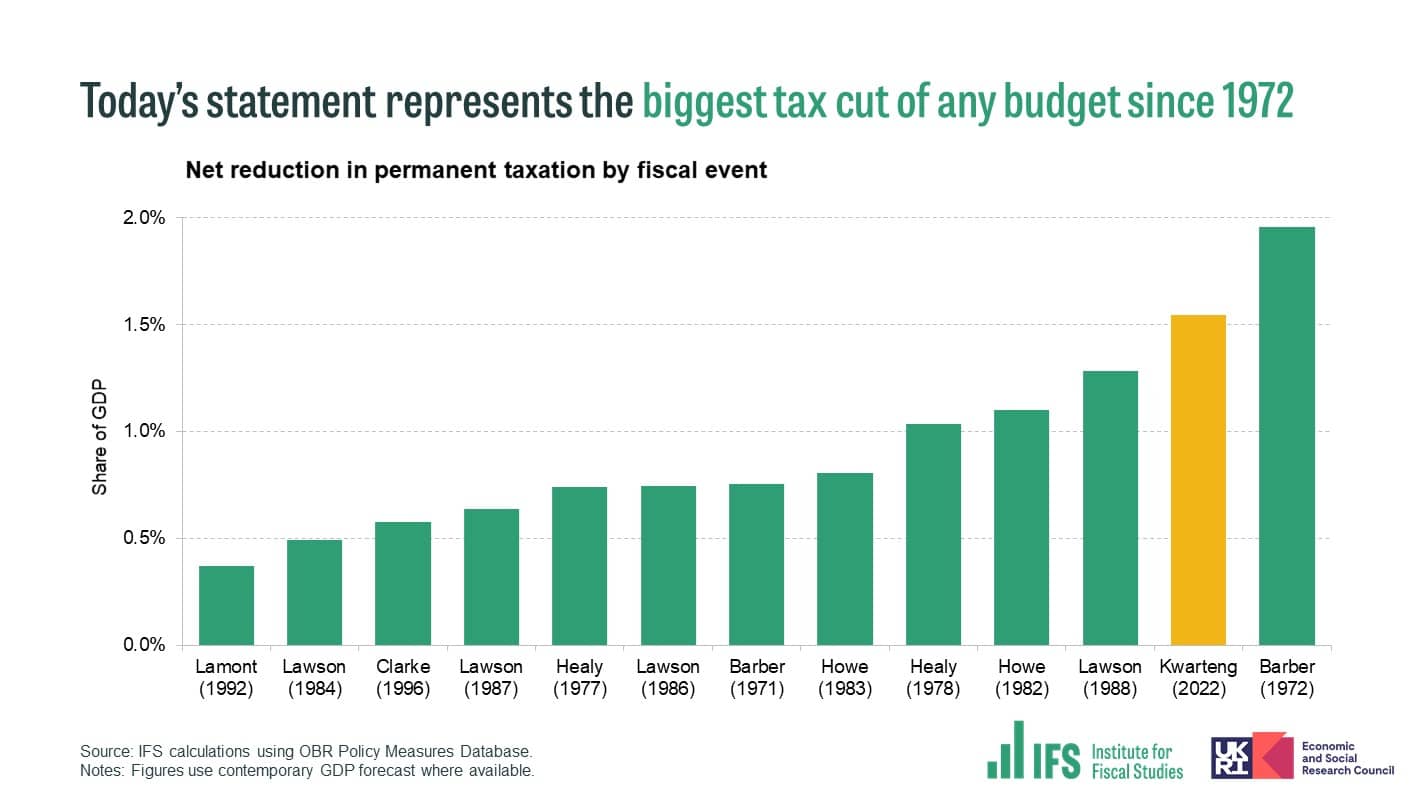 The government also released a tentative costing of their new measures.

The cost of the tax cuts alone will come to £45BN in a few years.

Other measures include the cutting of Stamp Duty Land Tax: first-time buyers will now only pay duty on homes over £425K, up from £300K.

First-time buyer's relief is available on properties up to £625K, up from £500k. The nil-rate band will be doubled for all buyers to £250k.

From 6th November the government is cutting National Insurance by 1.25 percentage points and cancelling the Health & Social Care Levy.

Alcohol duty will be frozen from February 2023, a move the Kwarteng believes will help the hospitality industry bounce back.

To support businesses to invest and grow, Kwarteng says the Annual Investment Allowance will be permanently set at its highest ever level of £1 million from 1 April 2023.

This will give 100% tax relief to businesses on their plant and machinery investments up to the level of £1 million.

The planned Corporation Tax increase to 25% has been cancelled, ensuring the rate will stay at 19%, the lowest in the G20.

The government has meanwhile agreed in principle with 38 areas to establish tax-cutting Investment Zones which will drive growth & unlock housing development.

New legislation to reform planning permission for major infrastructure projects would also be introduced over the coming weeks.

This is a bold statement of intent by the government of Liz Truss, her mission statement is clear and it remains to be seen whether it works. If it does, the Pound faces a brighter future, if it doesn't surely record lows beckon.