The British Pound was supported near recent levels against both the Euro and Dollar on Friday following the release of some better than expected UK GDP data that suggests the economy approaches a tough winter period in better shape than feared.

The Pound saw some volatility around the release but was unwilling to make any directional moves in either direction.

The Pound to Dollar exchange rate was at 1.22, with bank accounts offering around 1.1950 for dollar payments and independent specialists at around 1.2160.

"In part, the outperformance of the economy relative to expectations can be attributed to the drag from the extra bank holiday on some sub-sectors of output being smaller than anticipated. But more broadly, the relative resilience of the economy reflected the fact that, for now, consumer-facing services held up relatively well," he adds.

And, there were more 'beats' on the data dashboard:

The data markets the highlight of the Pound's week from a domestic perspective and that it came in better than expected will likely limit any downside risks.

"The economy contracted by less than the Bank of England expected in the second quarter, providing a glimmer of hope that the central bank’s forecasts for a prolonged recession next year might have been too apocalyptic. Sterling barely reacted though, reaffirming that monetary policy developments are secondary to any shifts in the global risk tone, as funding the UK’s twin deficits overrides other factors," says Marios Hadjikyriacos, Senior Investment Analyst at XM.com.

Much has been made about the impact of the Queen's Jubilee on the recent GDP data, but the ONS said it had a no real effect on the Q2 readings, instead it was the June GDP figures (-0.6%) that took a hit owing to an extra holiday.

The major impact on the Q2 figures came from the retirement of the government's major Covid testing and vaccination programmes.

"There was a 5.4% fall in human health and social work activities, reflecting a large reduction in coronavirus activities," said the ONS. 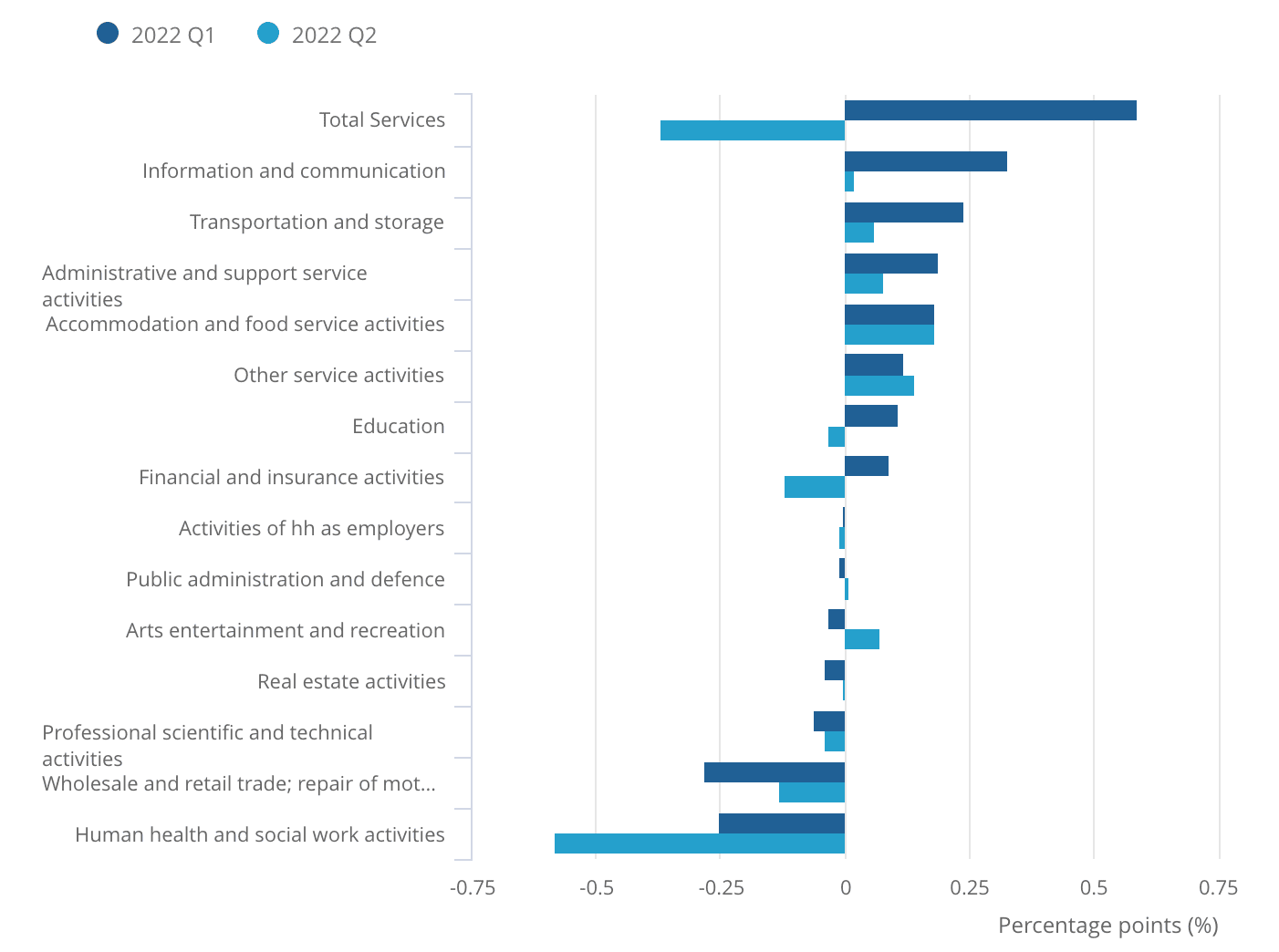 Above: "Human health and social work activities was the main contributor to the fall in services in Quarter 2 (Apr to June) 2022" - ONS.

Samuel Tombs, Chief UK Economist at Pantheon Macroeconomics, says the hit to June's data from the Jubilee appears to have been smaller than had been expected.

"June's 0.6% month-to-month dip, however, is considerably smaller than June 2002’s 2.2% decline and June 2012’s 1.7% drop—when the pattern of public holidays was identical to this year—though at this stage, it’s impossible to tell whether this reflects a smaller than usual hit from the Jubilee, or evidence that the economy has considerable underlying momentum," says Tombs.

Looking Ahead: Flatlining, No Recession or a Mild Recession?

Tombs says GDP likely snapped back in July and might even have exceeded its trend level modestly.

He says the latest business surveys suggest that the recovery has slowed and probably will stall over the next couple of months.

He cites the S&P Global/CIPS composite PMI was consistent in July with quarter-on-quarter growth in GDP of about 0.3%, while the plunge of the orders-to-inventory ratio in the manufacturing sector, together with the low level of the backlogs of work balance in the services sector, indicates to Tombs that this growth rate won’t be sustained through the quarter.

Nevertheless, Pantheon Macroeconomics looks for a 0.3% quarter-on-quarter rise in GDP in Q4, with the increase partly attributable to the rebound from the Jubilee-induced dip.

"A winter recession can’t be ruled out, given that the rise in Ofgem’s energy price cap in October will boost CPI inflation—and hence reduce real incomes—by nearly four percentage points. But with fiscal support likely to be scaled up considerably by the next PM and high income households still possessing substantial savings, we think that GDP will flatline through the winter, rather than fall," says Tombs.

If correct - and this is possible given Tombs' impressive record in forecasting UK economic activity - the UK is set to outperform the dire expectations set out by the Bank of England on August 04.

The Bank attracted headlines when forecasting a multi-quarter recession would start in the fourth quarter as higher interest rates combined with surging gas prices to hammer the economy.

Investec's Horsfield says the challenges consumers and businesses will face in the coming months stand to intensify, given the prospect of sharply higher energy bills and the mounting impact of rising interest rates.

Investec says, notwithstanding resilience reported today, the economy is likely to tip into a mild recession over Q4/Q1.

This, she adds, might push the Bank of England into a partial reversal of its current tightening cycle during the course of 2023.

The market agrees, pricing in rate cuts from around mid-2023. 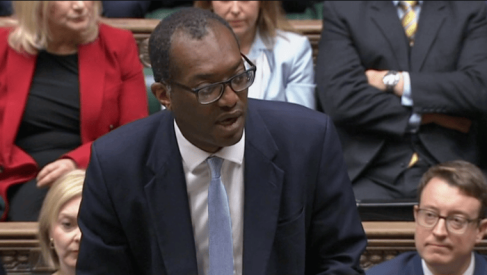 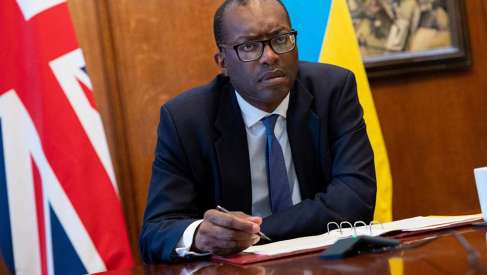