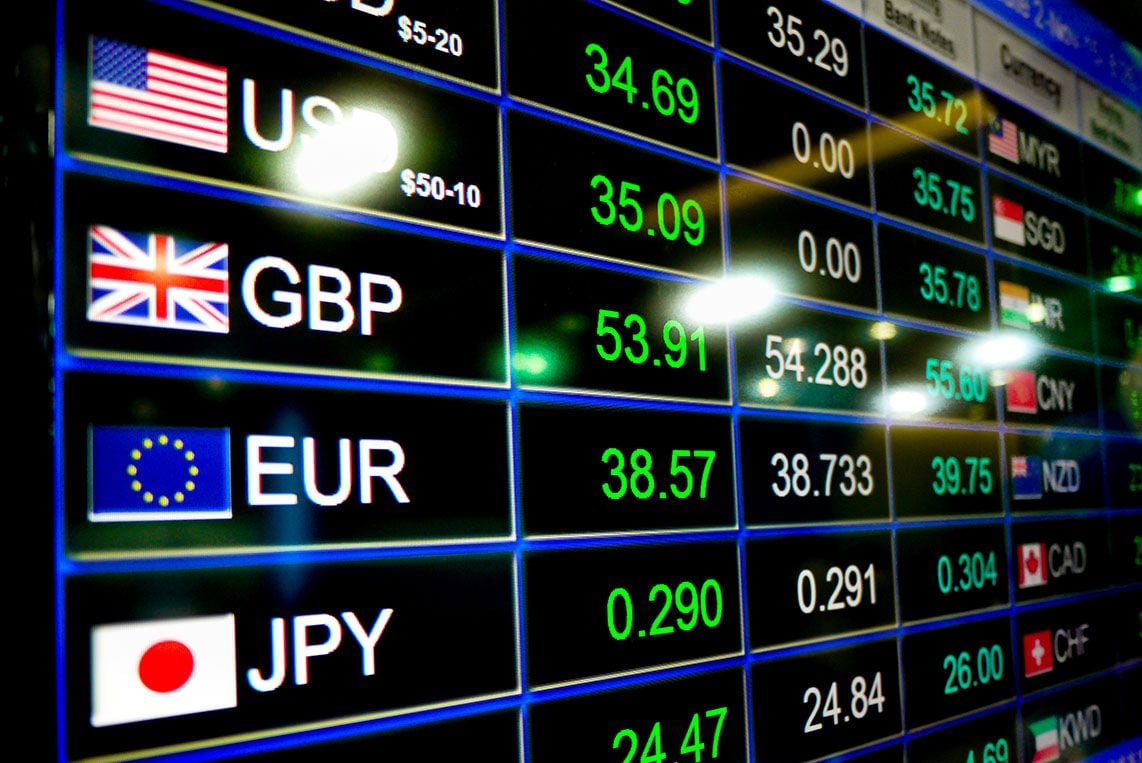 The British Pound returned to 1.20 against the Dollar and added a third of a percent against the Euro amidst a positive start to the new week for global markets.

The Dollar was sold and commodities and stocks bought amidst an improved global backdrop that is being attributed to two developments: one regarding China and the other concerning the U.S. Federal Reserve.

"Global risk sentiment has improved slightly this morning, helping Asian stocks and US and European equity futures rise. The improved mood is a result of scaled back bets on how aggressively the Federal Reserve will hike interest rates and China’s pledge to support economic growth," says analyst George Vessey at Western Union Business Solutions.

People's Bank of China Governor Yi Gang was reported to have said the central bank will step up with stronger support for China's struggling economy, a development that should cushion against investor fears of further Covid lockdowns in the country.

"The relief risk rally this morning is a result of China’s central bank stating it will provide more stimulus to support the struggling economy in the face of rising Covid cases forcing more lockdowns," says Vessey.

"Equities across China have risen in response to PBoC Governor Yi’s comments that the central bank will step up monetary policy support to the economy, following the weaker-than-expected Q2 GDP report," says Nikesh Sawjani, economist at Lloyds Bank.

This matters for the British Pound which is a pro-cyclical currency, meaning it tends to come under stress when markets are falling and investor sentiment weak but recover when confidence returns.

"We don't think it's a coincidence that the high-beta GBP is outperforming in G10 on a day when riskier 'growth assets' are looking perkier," says Stephen Gallo, European Head of FX Strategy, BMO Capital. 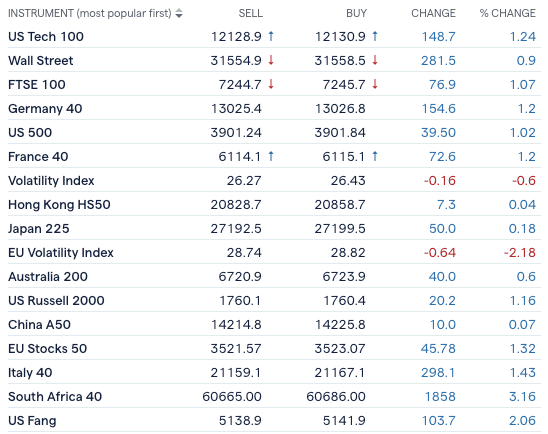 Above: A positive start for markets on July 18 was supporting Pound exchange rates.

Perhaps the biggest boost to investor confidence at the start of the week comes from fading U.S. Federal Reserve rate hike expectations.

"The US dollar, supported by safe haven flows and its interest rate and terms of trade advantage hit a record high last week according to the Bloomberg Dollar Spot Index, a measure of the dollar's strength against a basket of currencies," says Vessey.

"The prospect of aggressive monetary policy tightening by the world’s major central banks continues to be a dominant feature for global financial markets," says Sawjani. 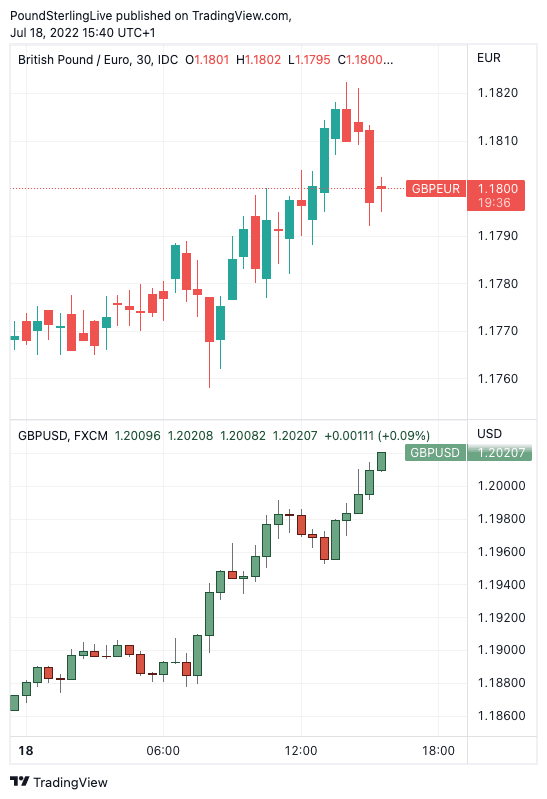 Above: GBP/EUR (top) and GBP/USD (bottom) at 30 minute intervals.

But pushback from members of the Fed on Friday meant this pricing soon retreated.

Investors reversed bets on a 100 basis point move in July after Atlanta Fed President Raphael Bostic and St. Louis’s James Bullard said they would rather opt for 75 basis point moves.

"The real side looks to be softening. You don’t want to really overdo the rate hikes," Fed Governor Christopher Waller said.

Rate hike expectations were further lowered after the release of U.S. consumer long-term inflation expectations, which declined in early July by more than forecast to 2.8%, versus 3.1% the month before.

Any further improvements in sentiment can aid the Pound higher and hinder the Dollar, although the broader trend still favours the latter.

"We believe that the Fed is far from done with hiking while global growth momentum is clearly deteriorating," says Paul Mackel, Head of Foreign Exchange Research at HSBC.

HSBC last week updated their forecasts to reflect expectations for further U.S. Dollar outperformance, "we believe it has more room to run and we have upgraded our USD forecasts further," says Mackel.