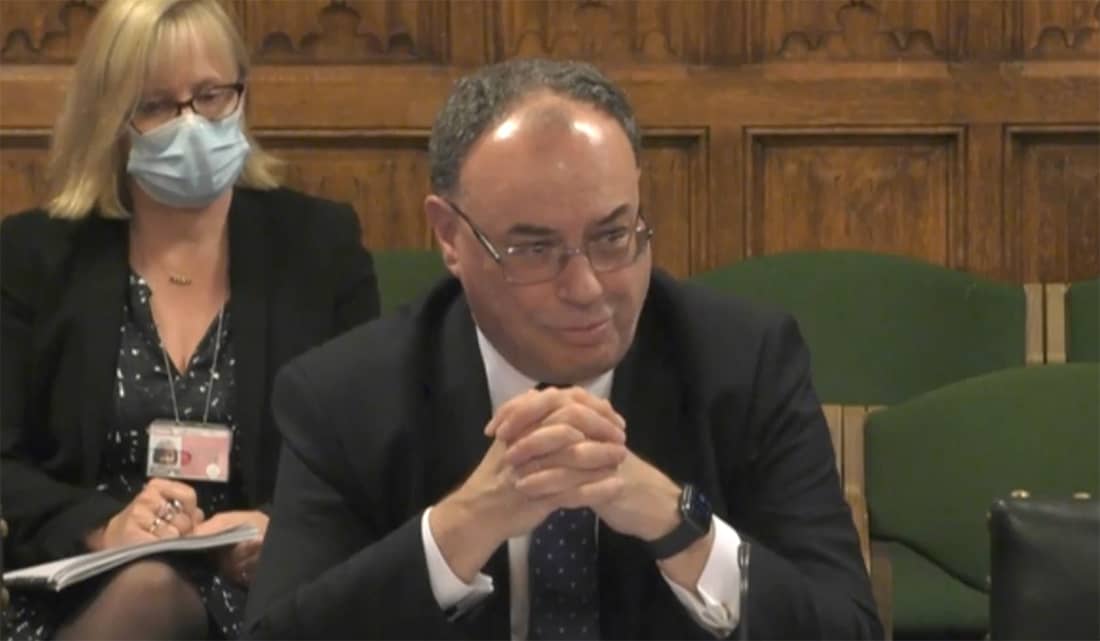 Above: File image of Governor Andrew Bailey at a previous appearance before the Treasury Select Committee.

Pound Sterling remained a 2022 outperformer of major currencies at the midweek milestone but could struggle to extend its various uptrends much further in the months ahead owing to pitfalls in market pricing of the Bank of England (BoE) interest rate outlook.

Sterling was still carrying 2022 gains over all in the G10 segment of major currencies on Wednesday but had slipped almost across the board on an intraday basis as financial markets digested parliamentary testimonies from Bank of England (BoE) Governor Andrew Bailey and colleagues.

“I was just going to repeat the words that we used in the monetary policy statement, which is that further modest tightening is likely to be appropriate in the coming months. That’s the position,” Governor Bailey said when asked about the outlook for interest rates.

“I think I said in the press conference when we issued the report, and I would just repeat those words. You know, it is a message to markets not to get carried away and I mean, it’s the same message that Dave Ramsden gave in his speech yesterday,” the Governor added.

Governor Bailey and colleagues made clear to parliament’s Treasury Select Committee that inflation risks remain on the upside because “second round effects” like rising wage packets could bolster price pressures further.

They also warned that the uplift in energy prices resulting from the threat of conflict in and around Ukraine could also lift inflation further in the months ahead, but said nothing to validate recent market speculation about a step up in the size of the BoE’s interest rate rises during the months ahead.

“The early part of the Treasury Select Committee hearing focussed on near-term upside inflation risks, allied to potential second-round effects via higher wages. However, the early spike in implied rates unwound as Governor Bailey repeated the MPR statement regarding further ‘modest tightening’ being required in coming months,” says Jeremy Stretch, head of FX strategy at CIBC Capital Markets, who has a bearish outlook for Sterling.

A large minority on the nine seat Monetary Policy Committee voted to lift the Bank Rate by a larger-than-usual increment of 0.50% at the February meeting, although the majority ultimately favoured a smaller increase that took the benchmark back to exactly 0.50%. 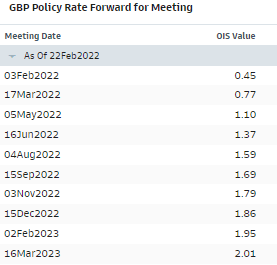 That minority inclination toward a larger rate step, recent inflation developments and the BoE’s forecast that the benchmark could rise as far as 1.5% over the next year or so have each variously been cited by some analysts as reasons to anticipate a 0.5% increase in Bank Rate at the March meeting.

Wednesday’s remarks from Governor Andrew Bailey and colleagues suggested that such large steps are unlikely to be taken, however, which may be an indication that market expectations have become excessive and at least suggests that the outlook for Bank Rate has been fully priced-in.

“Investors were focused today on a potential steer from MPC member Haskel given his vote for a 50bp hike at the last BoE meeting. In line with yesterday’s speech by Deputy Governor Ramsden, Haskel noted that his vote in February was “a very finely balanced decision,” says Steffan Ball, chief UK economist at Goldman Sachs, in a Wednesday research briefing.

“Recent BoE commentary has seemed to steer market expectations away from a potential 50bp hike at the March meeting. As such, we continue to expect the BoE to hike 25bp in back-to-back meetings through August, taking Bank Rate to 1.5%; after the August meeting, we look for the BoE to slow the hiking cycle, with Bank Rate reaching 1.75% in November 2022 and then 2% in 2023Q2,” Ball and colleagues also said. 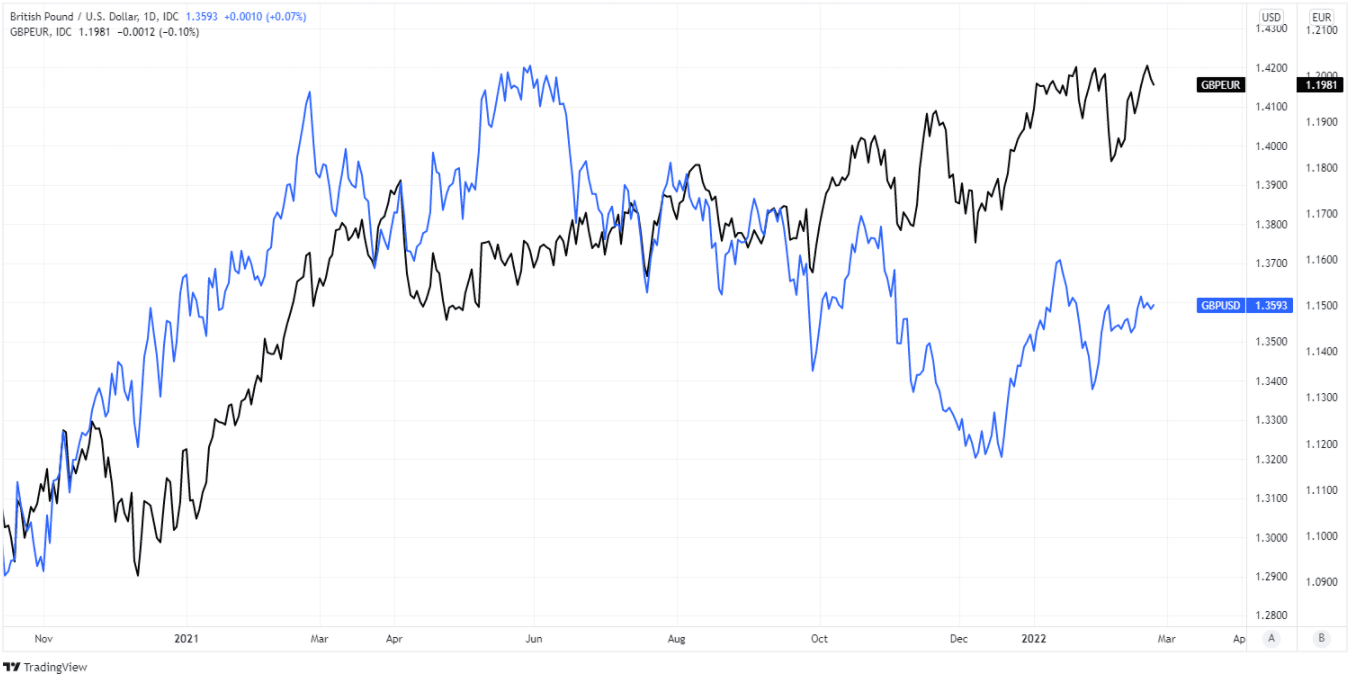 Sterling has benefited significantly in recent months from the pricing-in of the BoE “tightening cycle” now underway, which is still in its very early stages and could continue to provide support to the Pound; especially relative to currencies with central banks that are unlikely to lift their interest rates.

But with Governor Bailey and other members of the Monetary Policy Committee warning markets again on Wednesday not to get carried away with their expectations for UK interest rates it could be the case that Sterling struggles to rise much further against many currencies in weeks and months ahead.

“We expect the MPC to keep their feet fixed on the tightening pedal until we start to see some signs of easing price or labour market pressures,” says Sanjay Raja, an economist at Deutsche Bank.

“Importantly, as well, we still anticipate rate hikes to come in 25bps increments over the coming months, with the MPC attempting to engineer a softer landing in GDP growth than markets anticipate. Bigger surprises on inflation could, however, force the MPC towards a harder reset on inflation, by pushing the Bank to hike more and for longer, raising the risk of a recession further out,” Raja warned in a Wednesday research note.