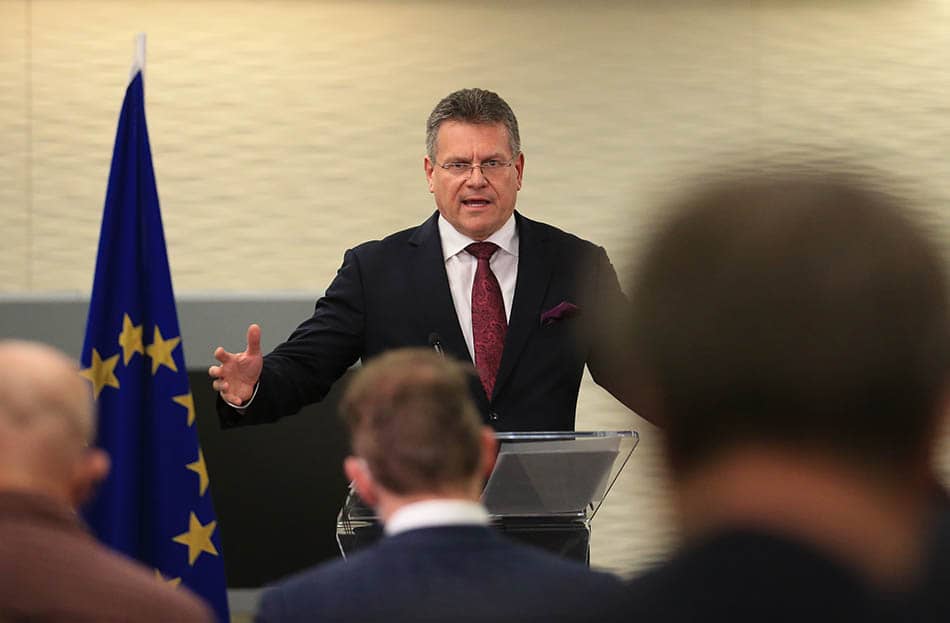 Pound Sterling was supported against the Euro, Dollar and other currencies at the mid-point of November with foreign exchange analysts saying rising Brexit tensions relating to the Northern Ireland protocol are yet to materially impact the UK currency.

"Political noise over the potential triggering of Article 16 seems to have receded with media reporting that both sides are willing to offer concessions in order to avoid this risk," says Marek Raczko, a foreign exchange analyst at Barclays.

Raczko reads news that the EU and UK were closing in on an agreement on medicines passing from Britain to Northern Ireland as being a signifier of progress in avoiding a major confrontation between the EU and UK.

Maroš Šefčovič - the EU's lead negotiator - said on Friday a deal could be agreed as early as this week.

"I welcome the change of tone in discussion," Sefcovic said in a press conference following a meeting in London on Friday.

He said both sides would focus like "a laser beam" of getting a breakthrough on medicines. After that, other trade issues such as SPS checks can follow, with problems being solved issues "one by one".

The developments come as the Pound to Euro exchange rate traded at 1.1725, helping it rebuild losses experienced in the wake of the Bank of England's decision to keep interest rates unchanged earlier in the month.

The Pound to Dollar exchange rate however remains more reactive to the strength exerted by the Dollar side of the equation, although supportive UK-related developments can help limit downside damage. 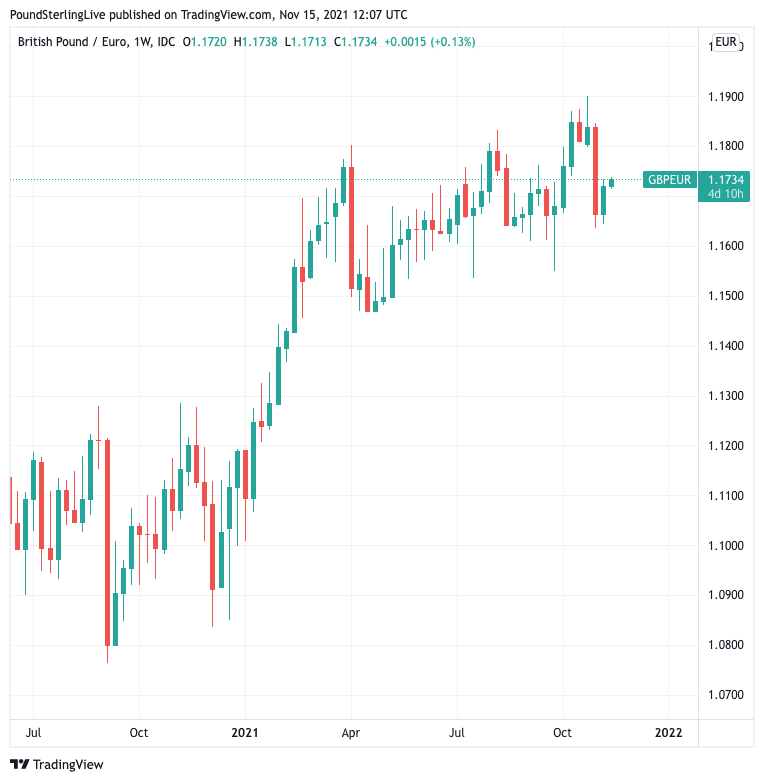 Resilience by Sterling suggests the market is not overly concerned by fears the EU and UK could slip into a trade war footing, a possibility raised by some if the UK opts to suspend part of the Northern Ireland protocol.

"Sterling may suffer if the European Union wields a big stick against Britain in the event that London escalates a dispute over trading arrangements for Northern Ireland by triggering an article that would suspend part of its Brexit deal," says Robert Howard, a market analyst at Reuters.

But some analysts have said the market appears more sanguine to Brexit tensions, with James Smith at ING saying the free trade deal agreed last year was "only one notch up from not having a deal at all", therefore the economic impact of further escalation is more limited.

Fabrice Montagné, economist at Barclays says "all things considered, we think risks of no-deal are overdone."

The UK said they see conditions have been met that should allow them to trigger Article 16 of the protocol which is a legal mechanism allowing for the suspension of parts of the protocol.

The EU have however warned of retaliatory action to such a move.

"In return, the EU is considering retaliatory measures, including a worst-case scenario whereby it would suspend the Trade and Cooperation Agreement in its entirety," says Montagné.

Barclays find outcomes range from a low-grade trade war to outright 'no deal' Brexit: "however, because of notice periods and possible domestic legal challenges, they would be slow to materialise".

Barclays finds an escalation between the UK and the EU would overall be a net drag on the economy, but they would not expect this to deter the Bank of England from increasing rates at its December MPC.

And this is the crux for Pound exchange rates: it is most likely the Bank of England's policy stance that matters for Sterling.

The Bank has in the past reacted to deteriorating sentiment regarding Brexit by lowering interest rates (most notable after the June 2016 vote outcome), or simply by keeping them lower for longer.

If the Bank is less responsive to Brexit noise, the impact on Sterling becomes more limited.

"We believe a worst-case no-deal outcome would be a material negative shock, highly non-linear and even more so in the context of COVID-19. In our view, it remains a tail risk only," says Montagné.

The UK has said it does not intend to remove the Northern Ireland protocol in its entirety, which would in turn limit a drastic EU response.

A soft option, finds Barclays could involve discrete and targeted measures aimed at facilitating the flow of goods from Britain to Northern Ireland.

"Our central case is one of increased Brexit risks and a moderate escalation towards a "trade war" situation. The economic costs of this would not be material at first but compound over time," says Montagné.

Barclays assumes Brexit represents a drag on GDP of about 0.5pp per year and ~5% over the long run. The costs include increased frictions and shortages, as well as reduced trade and productivity.

Demographics and changes in immigration patterns are also contributors to lower post-Brexit trend growth, they find.

"We would not, however, expect the BoE to delay a rate hike that we expect to happen in December. The main reason for that would be that we do not expect trade conditions to effectively change before the end of the year, if they do at all," says Montagné.