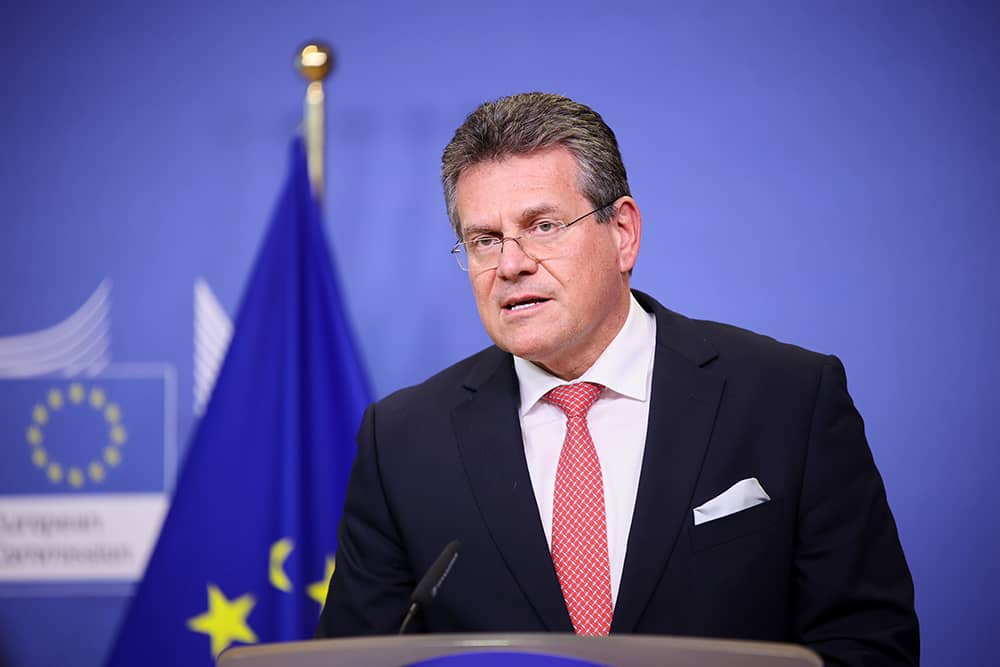 The EU and UK are heading for another Brexit showdown and this will likely limit the rebound potential of a battered British Pound.

Following the completion of a third meeting between the EU and UK over Northern Ireland it was confirmed no further progress had been made.

News reports suggest the UK is growing increasingly frustrated and is readying to trigger Article 16 of the Northern Ireland protocol with a view to override elements of the protocol it sees as problematic.

Noting talk of such a move EU Commission Vice President Maroš Šefčovič said in Brussels there would be "serious consequences" to the triggering of Article 16.

The exact consequences are not clear and would depend on the scope of the UK's move (specifically which parts of the protocol it intends to override), but some media report EU officials as saying a full-blown trade war could result.

Pound Sterling Live has been following the issue closely for a number of days now, noting it has been of little concern to markets but that it could now grow in importance for markets.

The worst case scenario for Sterling exchange rates would be the cancellation of the EU-UK trade deal.

Such a reaction is unlikely as it would require the UK to effectively bin the entire protocol, which it has repeatedly said it won't do.

The most likely responses would involve legal action and targeted tariffs.

The EU and UK are trying to find a solution to problems arising from the protocol that have impacted trade between Northern Ireland and Great Britain, which together make up the UK.

The dislocation in the relationship between the countries has been a particular source of contention for the Unionist community.

In response the EU have offered to ease controls on goods flowing between Britain and Northern Ireland, saying their plans would result in a reduction of 80% of Sanitary and phytosanitary (SPS) checks.

But for the UK the issue is also a question of sovereignty as they say there is no place for the European Court of Justice - an EU institution - to oversee the protocol.

Ahead of the meeting Frost said the gap between the two sides "is still quite significant, but let’s see where we can get to".

"We’re not going to trigger Article 16 today, but A16 is very much on the table and has been since July. Time is running out on these talks if we are to make progress, we need to make progress soon and our preference is to make progress and see if we can reach an agreement," he told media.

The British Pound rose sharply at the start of the year following the signing of the the EU-UK trade deal which was seen to have put the issue of Brexit to bed.

However, the ongoing issue of Northern Ireland serves as a reminder the deal was imperfect and could mean a Brexit premium starts worming its way into the Pound again.

This would come at a time of increased investor sensitivity towards the UK currency which suffered losses following the Nov. 04 Bank of England policy event where interest rates were left unchanged, in a move that proved a shock to an expectant market.

This readjustment comes just as the Northern Ireland issue grows in seriousness and suggests a challenged outlook for the Pound in the near-term.

Šefčovič travels to London on November 12 and given the EU and UK tend to negotiate until the very end (there is no hard deadline in this case) it is hard to see much progress being made.