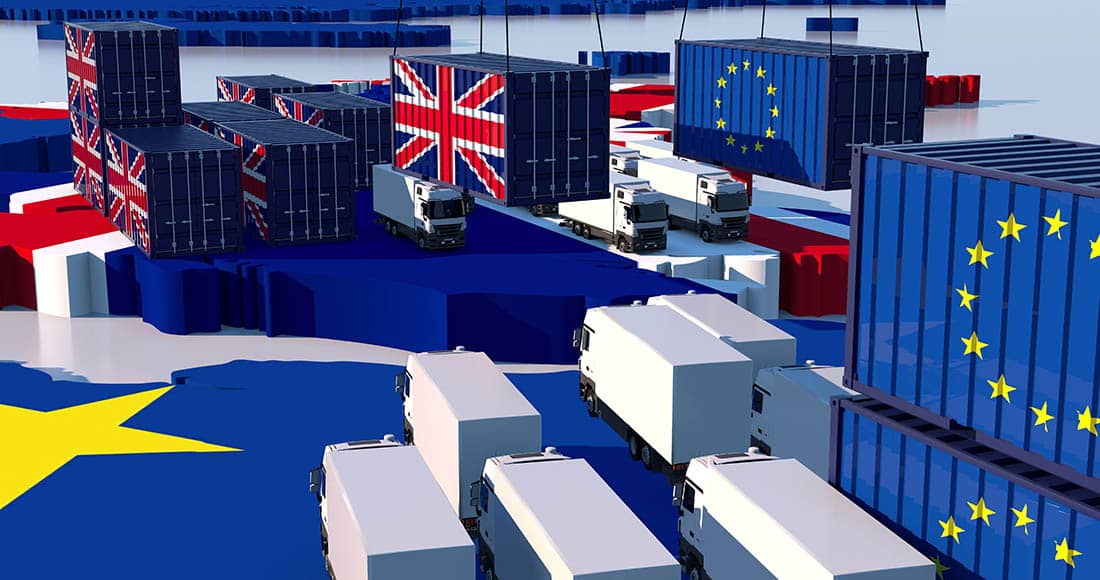 The British Pound rose in the mid-week session with market analysts saying a decent portion of then gains can be attributed to headlines showing tensions between the EU and UK over the Northern Ireland protocol were easing.

"British and European officials are increasingly optimistic they will avert a post-Brexit trade war, believing the two sides will strike a truce in the dispute over checks on goods moving into Northern Ireland," says a Bloomberg report.

The Pound-to-Euro exchange rate rallied to an eleven week high when it reached 1.1722, the Pound-to-Dollar exchange rate rose to 1.3980 as it continues to claw back the sizeable losses suffered through the course of the previous week.

In fact a glance at Pound Sterling Live's performance dashboard shows that the currency is in fact higher against all the G10 rivals on the day: 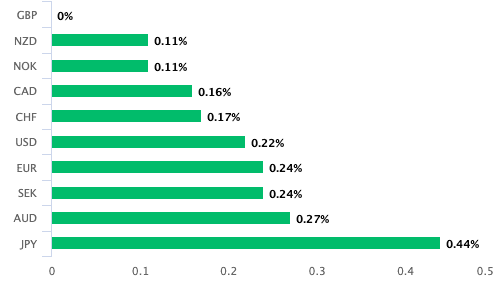 Tensions between the UK and EU have risen during the course of June as both sides appeared to be deadlocked over the matter of the flow of food from the rest of the UK to Northern Ireland.

The EU wanted the UK to enforce strict controls over the movement while the UK said the EU was being heavy handed in their approach and potentially threatening food supplies to the nation.

The UK had said they would unilaterally extend an existing grace period on controls in July if a solution to the matter was not reached, to which the EU responded by threatening trade tariffs on UK goods.

The spectre of a trade war was cited by numerous foreign exchange analysts as a potential political risk to the Pound's valuation.

"The wildcard for GBP in the next six months is the possibility of a mini-trade war with the EU should the current impasse over the implementation of the NI protocol not be resolved," says Paul Meggyesi, Head of FX Research at JP Morgan.

A meeting is set to take place between the UK and EU on Wednesday where it is hoped confirmation of an extension to the grace period will be announced.

"Avoiding an escalation of a trade conflict next week will be a relief for the market and mean we will avoid the risk of near-term GBP selling on risks of EU trade tariffs being adopted," says Derek Halpenny, Head of Research, Global Markets EMEA & International Securities at MUFG.