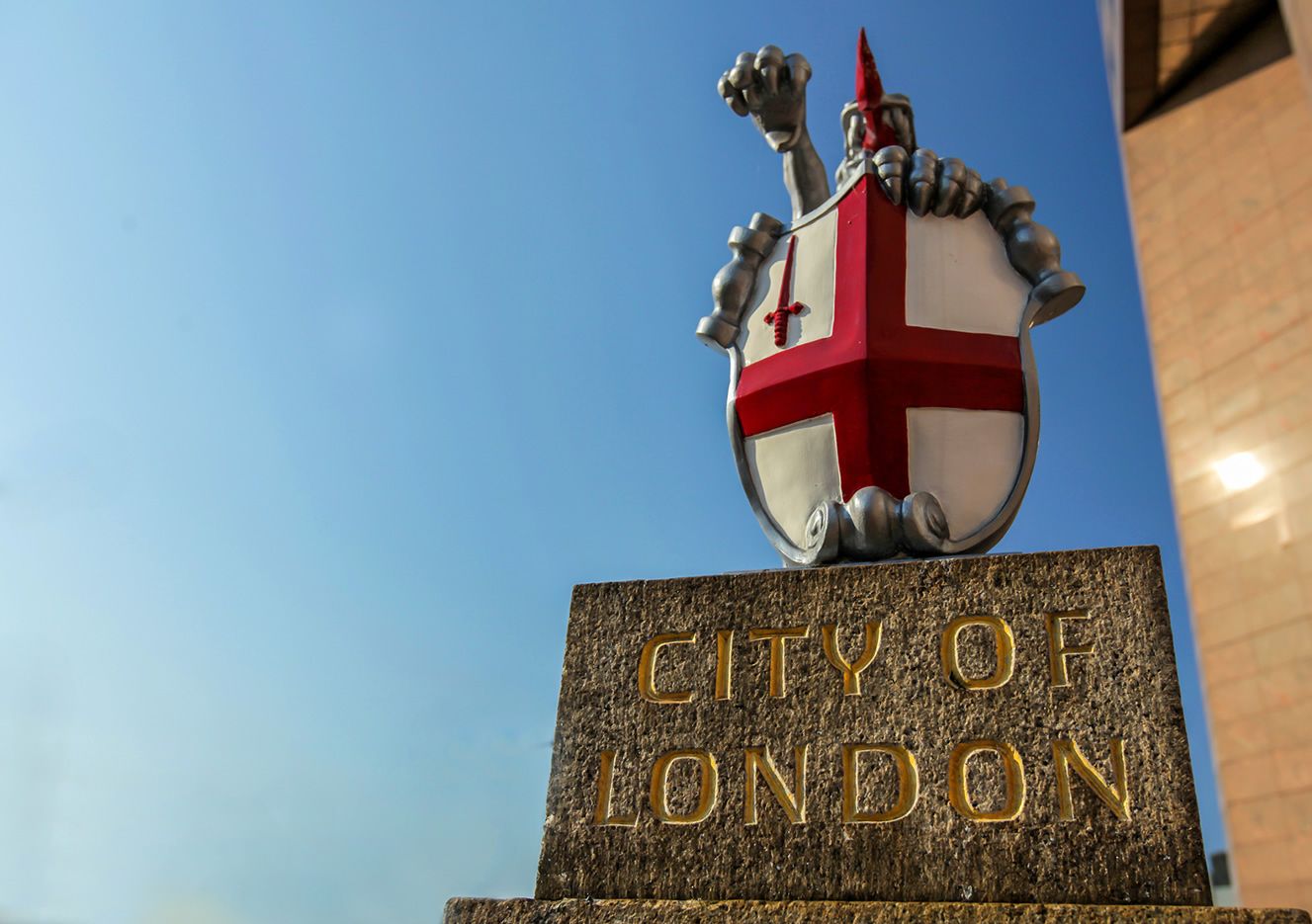 The British Pound will be looking to cement a monthly gain against the Euro and Dollar on the final day of May, aided in part by increasingly hawkish mood music out of the Bank of England.

The final day of the month will be characterised by low liquidity owing to holidays in the UK and U.S. markets.

"The GBP remains close to recent highs of late and more recently one of the big supports for the pound have been the surprisingly hawkish comments by the MPC member and hitherto arch-dove Gertjan Vlieghe," says Valentin Marinov, Head of G10 FX Strategy at Crédit Agricole.

The Pound-to-Euro exchange rate (GBP/EUR) has advanced 1.25% already this month, having endured a 2.22% decline in April.

The Pound-to-Dollar exchange rate (GBP/USD) has meanwhile advanced a more substantial 2.65% as it adds to a more modest 0.30% gain in April.

Despite the gains in Sterling, month-end could yet prove tricky for the bulls as confidence over the country's exit from Covid-19 restrictions is tested and some recent excitement concerning the Bank of England (BoE) is calmed.

Looking ahead, how the Pound trades in June could well depend on how these twin issues play out.

BoE Monetary Policy Committee (MPC) member Gertjan Vlieghe's speech to the University of Bath on Thursday May 27 injected some enthusiasm into Sterling exchange rates owing to the more upbeat message on the UK economy outlook.

In particular, Vlieghe said the case for a rate rise to occur at some point in mid-2022 would become increasingly valid if the UK labour market bounced back from the Covid-19 crisis faster than the BoE currently expects.

Heading into the speech money market pricing placed a potential interest rate rise at year-end 2022, but this timing has been brought forward by the comments.

It is this readjustment in money market pricing that creates a pull on international capital into the UK, which in turn provides a bid for the Pound.

"GBP has performed well ... on the back of comments by BoE dove, Vlieghe. He laid out three scenarios for the path of the UK economy and the BoE's response - yet the market only reacted to the hawkish scenario," says Chris Turner, Global Head of Markets and Regional Head of Research for UK & CEE at ING Bank.

Turner says currencies belonging to those central banks that are looking to raise rates are currently appreciating in global currency markets; one only has to look at the New Zealand Dollar in the previous week for confirmation.

But Vlieghe did say an earlier-than-expected rate hike depends on whether or not the cessation of the government's furlough scheme brings about a spike in unemployment. 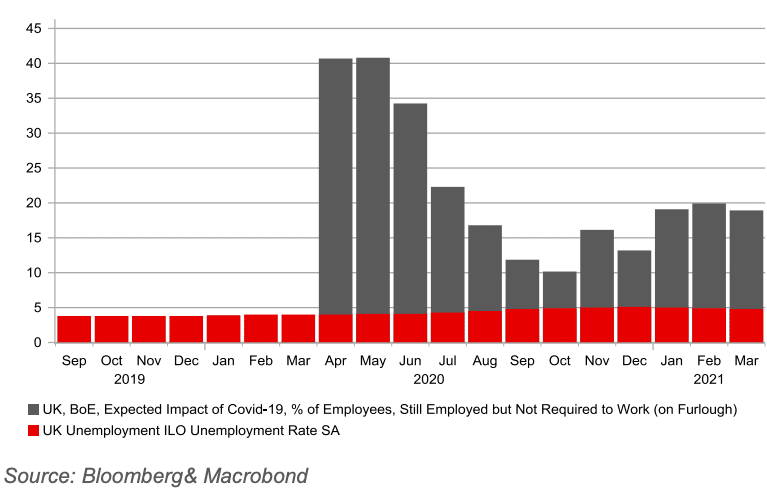 "We are relatively upbeat on the outlook for the UK economy but as you can see in the chart above, a scenario of all those furloughed returning to work smoothly with no impact on the unemployment rate is a stretch and appears a highly unlikely outcome over such a short timescale," says Derek Halpenny, Head of Research, Global Markets EMEA & International Securities at MUFG.

Currently about 8% of the UK workforce is still furloughed, but the ONS says this is the lowest proportion of 2021.

The Lloyds Bank Business Barometer survey also revealed the country's labour market continues to improve with staffing expectations increasing 6 points to 14%, with a third of businesses anticipating an increase to their workforce.

The findings come a day after the ONS said their measure of online advertisements reached pre-pandemic levels and comes a week after the flash PMIs for May showed an increase in hiring intentions at UK firms.

While the labour market is improving a rise in unemployment is still nevertheless likely come September when the scheme ends.

"There are a lot of 'ifs and buts' with this scenario that suggest this bounce in GBP could easily correct," says Halpenny.

Crédit Agricole note that in their May Monetary Policy Report the BoE predicted that the UK inflation could dip below its 2.0% target over medium-term if the current market rate expectations for a rate hike in 2022 were confirmed.

This suggests that Vlieghe’s latest comments are not necessarily reflecting the prevailing views at the MPC.

In their recent appearance before parliamentarians other BoE members like Governor Bailey, Broadbent and Ramsden reiterated the BoE’s cautious medium-term outlook.

"We therefore doubt that the recent comments could represent a game changer for the GBP," says Marinov.

The second issue markets will be considering in relation to the Pound over coming days and weeks is how the pandemic is evolving.

Prime Minister Boris Johnson was cagey about the total lifting of restrictions in England scheduled on 21 June, indicating that this would depend on whether data is impacted by the spread of the new Indian variant.

The UK still has the lowest case rate in Europe which should technically allow the government to lift all remaining restrictions by June 21, however the spread of the Indian variant has brought the move into question.

The strain is now the dominant one across the UK and there are fears it will spread more widely and start putting pressure on health services.

The government will over coming days consider whether the data reflects a notable deterioration in the direction of travel and therefore warrants a delay.

Economists say that a delay could put the brakes on the UK economic rebound, with consumer and business confidence likely to suffer a setback if this is the case.

This could in turn feed back into softer Pound exchange rates.