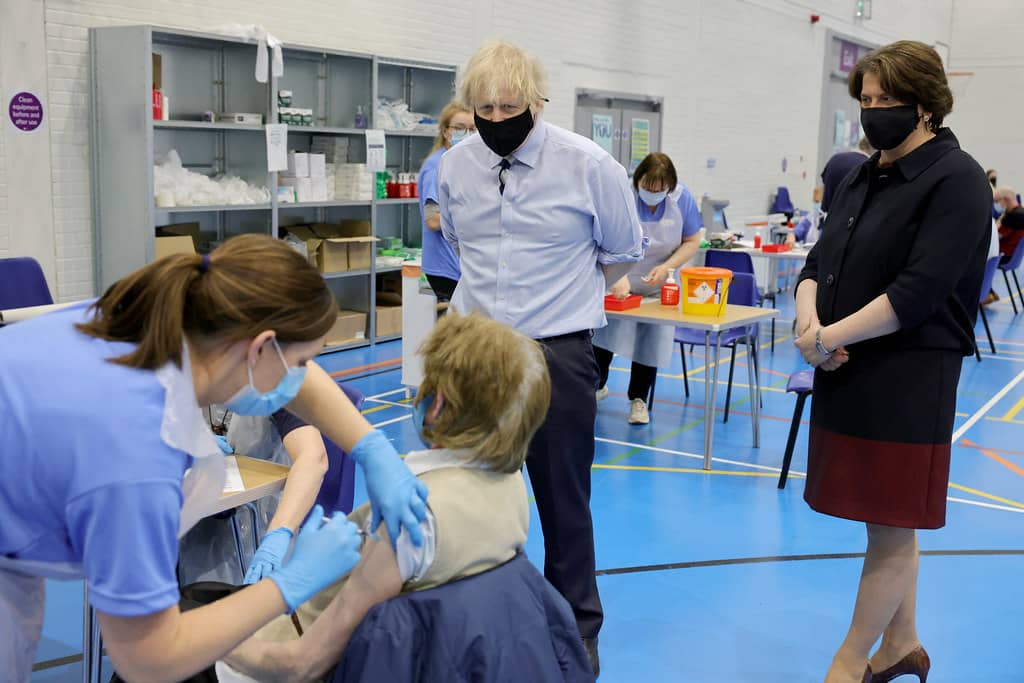 The British Pound should remain well supported over coming months, but gains will be harder to realise than was the case in the first quarter of the year say analysts at a major investment bank.

Research from Bank of America shows the Pound will likely remain supported by the generous global liquidity backdrop, but some longer-term concerns will remain a headwind and a ultimately a major 'reset' lower remains intact.

"Cyclical, portfolio flows have returned to the UK after a Brexit-inspired hiatus," says Kamal Sharma, FX Strategist at Bank of America in London.

"The UK has recorded strong bond and equity flows. Perhaps more reassuringly and a crucial component of our constructive GBP view this year is the return of longer-term, structural flows in the form of cross-border M&A," he adds. 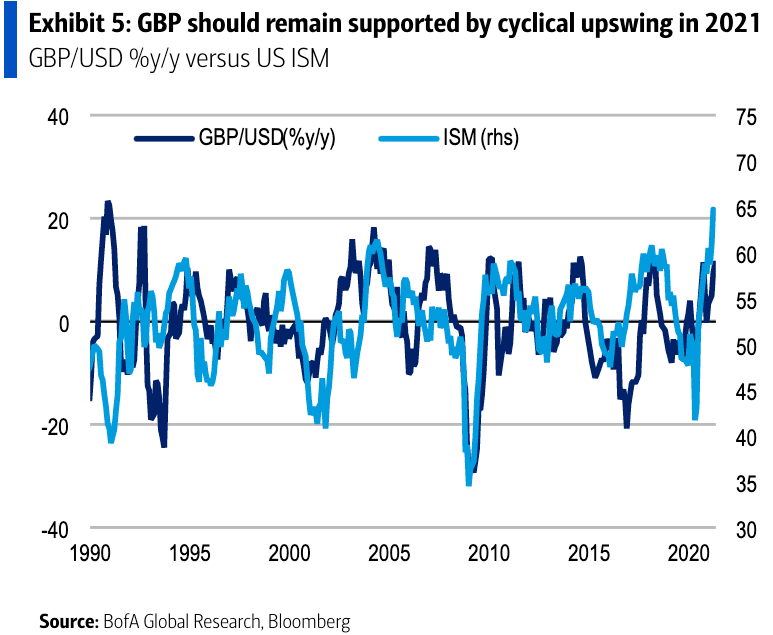 The call comes following a storming start to the new year for the British Pound, which left it standing as the best performing major currency by mid March.

The currency has benefited from fading Brexit tensions in the wake of the trade deal struck between the EU and UK at the end of 2020, say FX analysts.

Also aiding sentiment towards UK assets was the country's rapid vaccination rollout, which lead economists to say the UK would endure a rapid economic rebound during 2021.

However, April has seen this outperformance fade as other nations accelerate their vaccination rollout and investors are left questioning where the next driver of Sterling upside might be found.

At the time of publication the Pound has lost ground against all its major rivals over the course of the past month, save for a solitary 0.87% gain against the U.S. Dollar.

But when screened on performance during 2021 as a whole, the Pound has only lost ground against the currencies of the two G10 oil producers of Norway and Canada.

The 2021 advance against the Euro has nevertheless been whittled down to 2.70% while the gain against the U.S. Dollar stands at 1.60%.

"Both survey and flow evidence suggested that UK assets were underinvested, under-owned and undervalued and through Q1, UK Plc has attracted significant portfolio inflows: foreign buyers of gilts and equities," says Sharma.

Bank of America tells clients in a research briefing out Monday that Sterling will likely remain supported over coming weeks and months as this story can play out further.

The Pound has registered an advance of 6.22% against the Japanese Yen and 5.12% against the Swiss Franc in 2021, and it is against these two currencies that Karma says the Pound stands to make the most notable gains in coming months.

"GBP should remain supported through the rest of the year particularly versus the likes of CHF and JPY," he says.

However, Bank of America tells clients risks to UK assets and Sterling exchange rates are more symmetric for the rest of 2021.

"Compared to the one sided nature of GBP price action in Q1, we believe that the risks to the pound are more symmetric for the rest of the year. Q1 perhaps marked the peak in the decoupling trade and the first mover advantage that the UK enjoyed in vaccine rollout, none more so than EUR/GBP," says Sharma.

Like a number of analysts we follow, Sharma and the Bank of America team say "much of the good news on UK growth outperformance is now in the price".

In addition, there are longer-term concerns that could limit potential upside in the Pound.

"2022 may, however, look different for the pound. The UK growth advantage will have matured and the economy may return to some form of steady state," says Sharma. 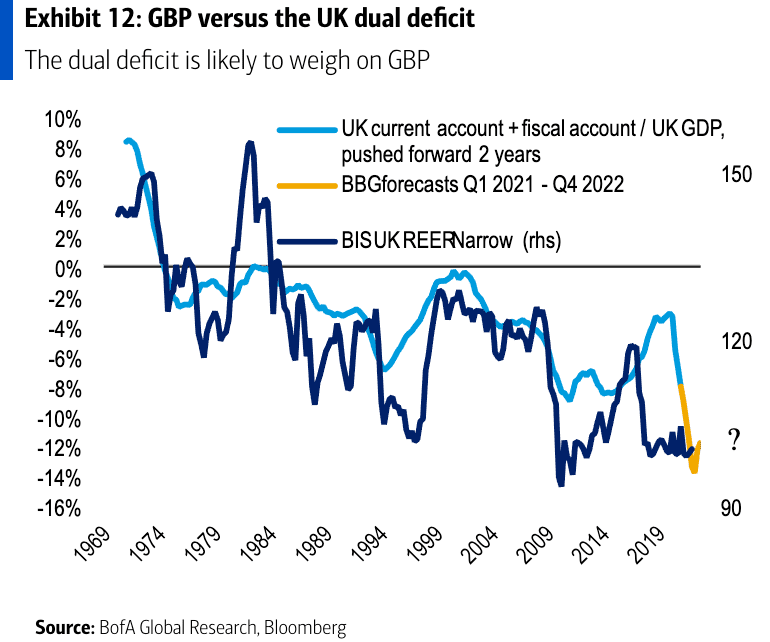 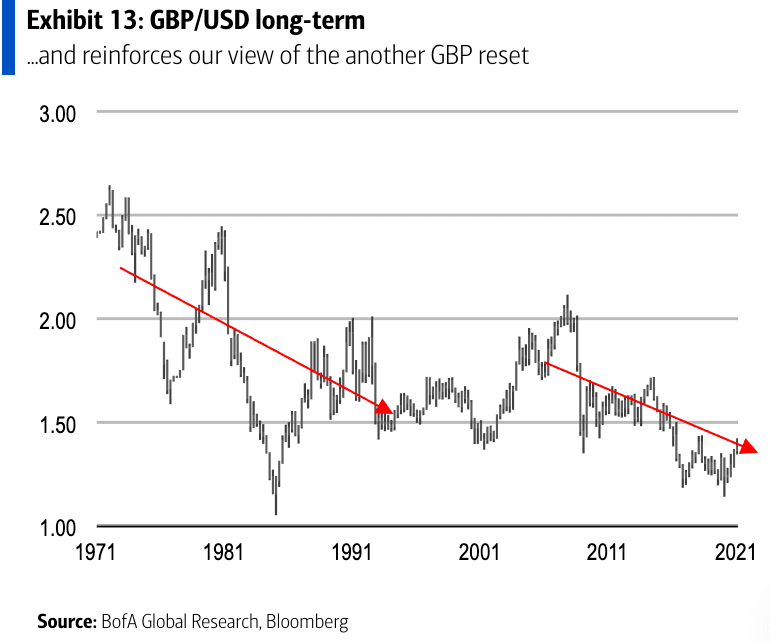 Though investors have put Brexit concerns on the backburner, Bank of America think its impacts will start to affect the economy: lower productivity growth and business investment and a lower level of trend growth.

In addition, the size of the UK dual deficits in the current and fiscal accounts are said to matter for longer-term valuation and supports Karma's thesis that Sterling is undergoing another iteration of "the great GBP reset".