The British Pound starts the new week bid higher against the Euro, Dollar and a host of other major currencies having suffered sizeable declines in the first week of April.

"GBP declines should be short-lived," says Imre Speizer at Westpac in Auckland.

The Pound starts the new week smarting from a bout of hefty selling pressures at the start of April that saw it record declines against all the major currencies:

Reasons for the declines in Sterling include:

1) Repositioning: the Pound had been heavily bought heading into April leaving it vulnerable to a position shake-out.

"Short-EUR/GBP, based on relative vaccine rollout performance, is becoming a crowded trade, adding to downside risks for GBP near term," says Speizer. 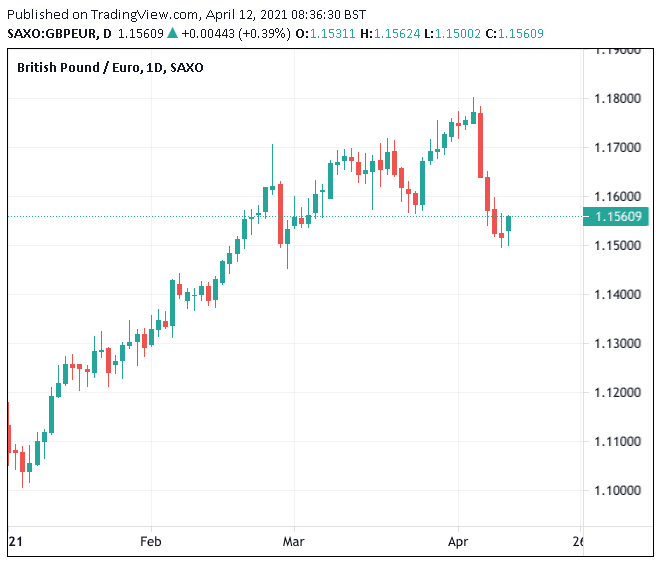 2) Concerns that the UK vaccination programme might be slowing. More on this here.

3) Concerns that Scotland's elections in May will deliver a 'super majority' for independence. More on this here.

"That said, GBP declines should be short-lived, given the positive fundamental backdrop for the UK economy," says Speizer.

The analyst says the UK’s vaccine rollout has been more successful than that of most other countries, while he points to University College London (UCL) modelling which predicts the UK will pass the threshold for herd immunity as early as today, potentially allowing activity restrictions to end earlier.

"In addition, March activity surveys have been strong, signalling a surge in both consumer and investment driven activity into mid-year. The Markit manufacturing PMI rose to a 10-year high, and services PMI rose above 50, signalling expansion," says Speizer.

Meanwhile, Dr Savvas Savouri, Chief Economist at Toscafund Asset Management, has confirmed in a recently published research note that he maintains a long-term bullish forecast for the Pound.

Savouri says it is a case of "when, not if" the Pound begins to move towards its rightful values of c1.3 and c1.7 against the euro and dollar respectively.

"I also confidently – and not unrelatedly – predict a great deal of capital arriving to the UK as income-hungry European pension and insurance funds, which have long stood back awaiting a resolution to Brexit, release their brakes and target UK property assets," says Savouri. 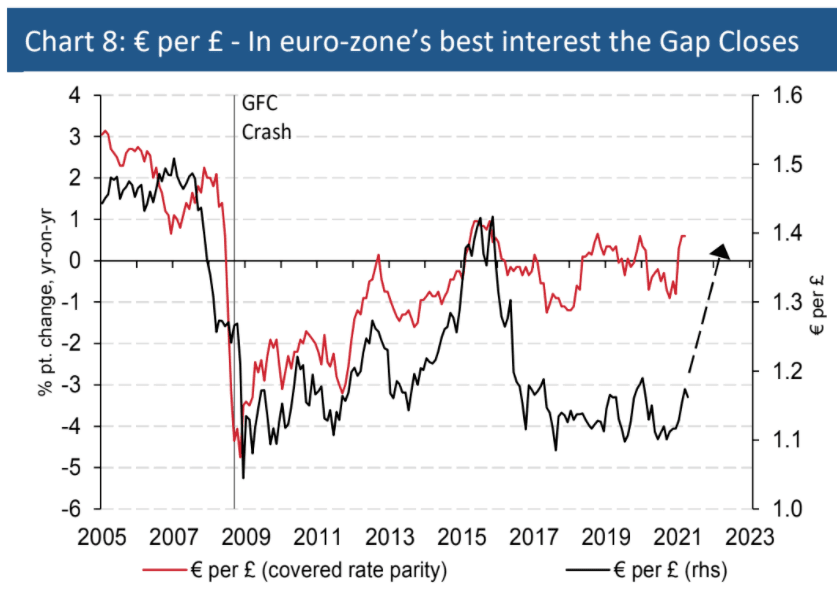 "The pound is soon set to reclaim a great deal of the ground lost against the euro since 2016, and indeed move further up from there," says Savouri.

He tells clients the UK economy is set to be robust in the coming years, returning to growth much sooner than consensual thinking suggests.

"It is in no way contradictory to add that a large part of this positive prognosis for the UK relies upon a strong Chinese economy dispatching an ever greater number keen to invest and work, study and simply sightsee, at the same time as Europeans relocate/evacuate to the UK for economic reasons," says Savouri.