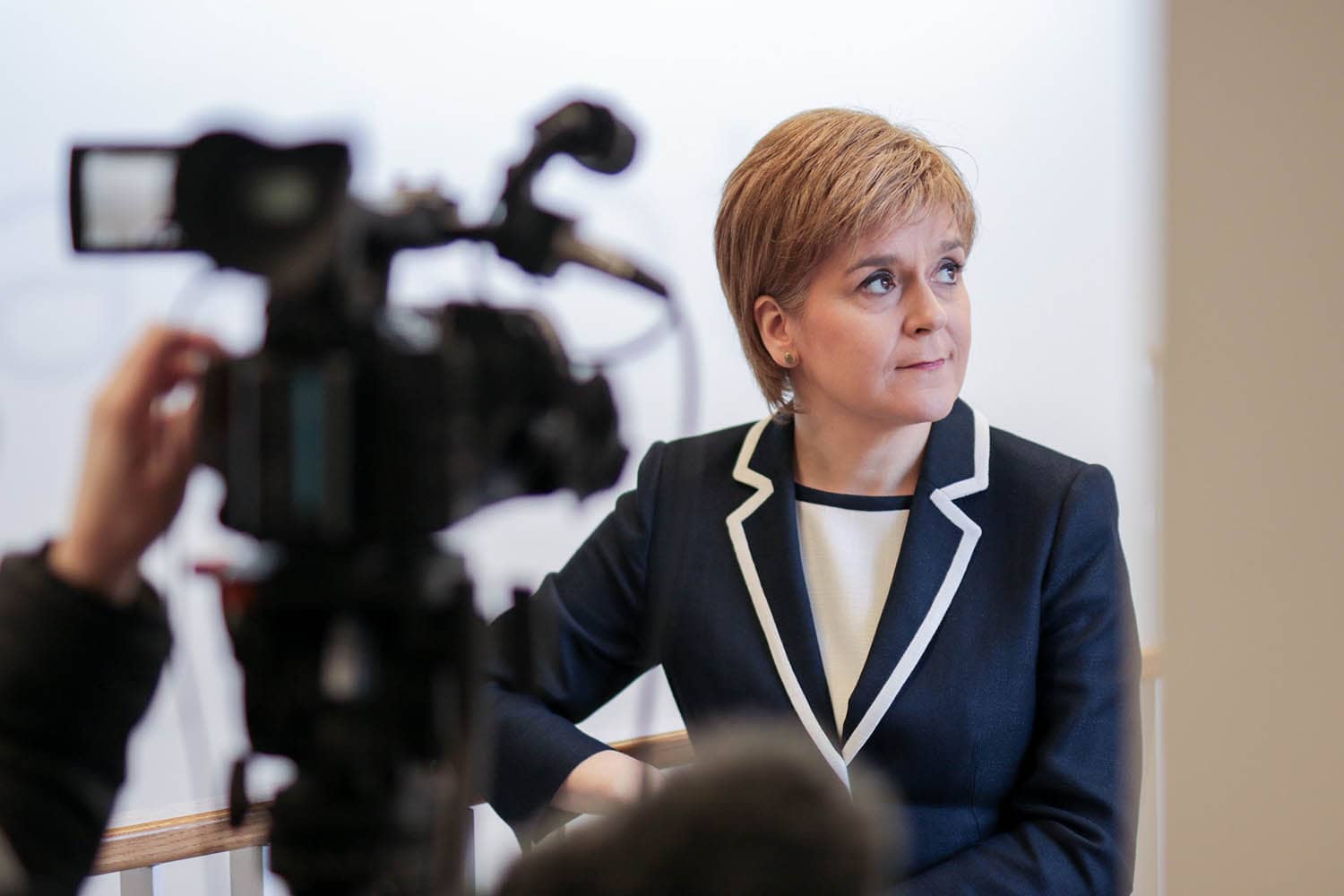 Current polling puts the SNP party of Nicola Sturgeon in line for a majority in Hollyrood, while other pro-independence parties such as the Greens and Alex Salmond's Alba Party could offer further support to a so-called super majority for independence.

The Pound declined as uncertainty concerning the outcome of the 2014 independence plebiscite built, with a sharp rally occurring after it was clear the independence movement lead by Alex Salmond had been defeated.

"According to the latest polls, the upcoming local elections in Scotland could give a supermajority to the pro-independence parties – the SNP, the Greens and the newly-formed Alba party," says Valentin Marinov, Head of G10 FX Strategy at Crédit Agricole.

"There doesn’t seem to be that many positives left for the GBP," he adds.

Sturgeon and the SNP continue to poll well ahead of the May 06 vote, and the latest Opinium poll for Sky News shows the pro-independence party will be likely to gain a majority.

If such an outcome were to be repeated in May the SNP are expected to say they have a mandate to hold a fresh referendum on independence.

"I strongly suspect, based on some of what I hear that is under discussion in the depths of the Tory party and Whitehall at the moment, that they know an independence referendum is coming," Sturgeon told the Scottish Parliamentary Journalists’ Association on Thursday. 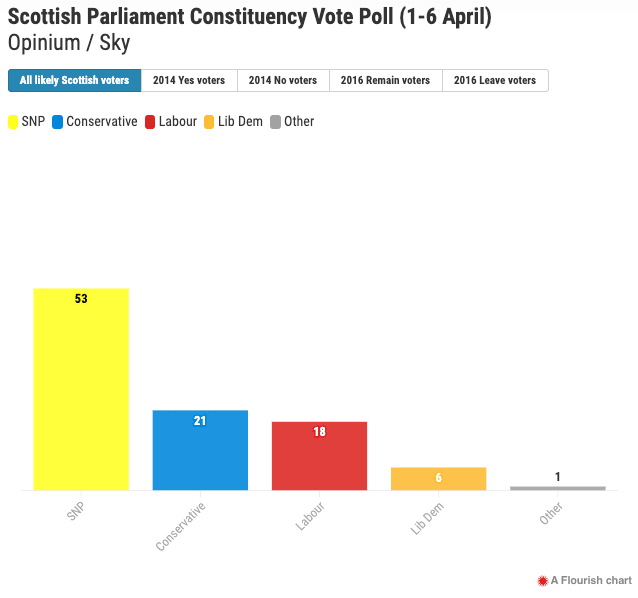 Support for leaving the Union in Scotland is in the lead in the latest round of polling from Ipsos MORI, released this week.

According to the poll, among those likely to vote in an independence referendum, 52% say they would vote Yes while 48% would vote No.

Prime Minister Boris Johnson has repeatedly said he would not agree to a referendum, but Sturgeon told the Scottish Parliamentary Journalists’ Association:

"We would take the legislation through Holyrood and if Boris Johnson wanted to stop that he would presumably have to try to legally challenge that, in which case we would vigorously defend our position. But that would be an absurd position for a prime minister to get himself into in the face of a democratic majority." 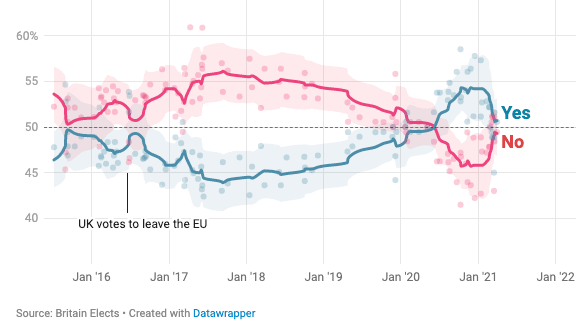 Above: Collation of independence polls shows Scotland would vote for independence if a referendum to be held now. Image courtesy of New Statesman.

"At some point, we think the FX market will take more notice of the Scottish factor, leading to a slower pace of GBP appreciation," says Gallo.

"A vote for the SNP in the May elections is not the same thing as a vote for Scottish independence, but we are convinced there will be a Scottish referendum at some point if the SNP achieves a majority in May. The referendum may not be held until mid-2022 at the earliest, but FX markets will probably trade the size of the pro-independence majority in early-May," he adds.

At the time of writing the Pound-to-Euro exchange rate is quoted at 1.1500 as a multi-day sell-off extends.

The Pound-to-Dollar exchange rate is quoted at 1.3676.