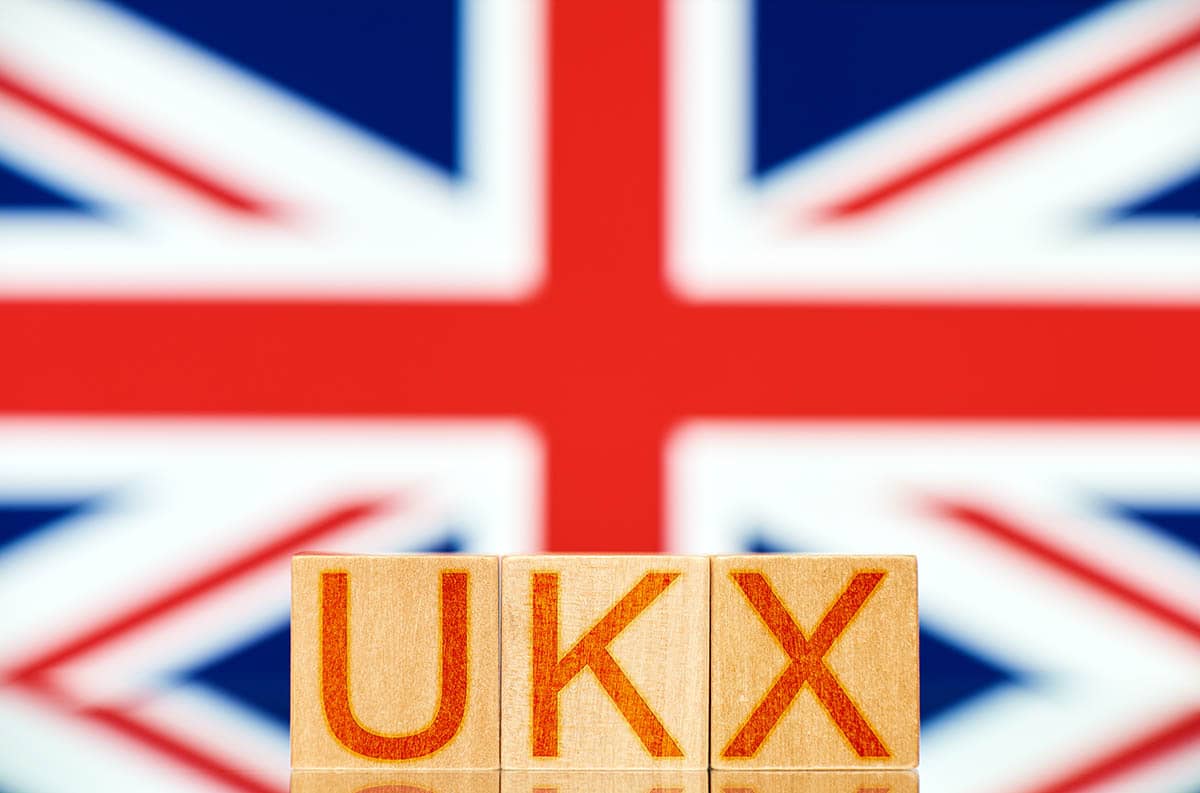 A rapid vaccination rollout and a "great rotation" in stock markets are just two reasons why analysts at a leading investment bank have hiked their forecasts for the British Pound in 2021.

Nomura - the Japan-based global lender and investment bank - have this week released new research showing that they are expecting the current trend of appreciation in Sterling to continue over coming months and they have updated their forecast targets accordingly.

The Euro is meanwhile expected to start outperforming its peers in the summer but the Pound is still expected to remain one of the biggest gainers of 2021.

This has allowed Nomura to inform clients they continue to buy the Pound against the Euro from a strategic perspective. "We upgraded our path of GBP appreciation against EUR," says Jordan Rochester, FX Strategist at Nomura.

There are several reasons why Rochester and his colleagues think Sterling should continue to outperform this year.

One of these reasons is that interest rate dynamics - traditionally a key driver of currencies - are expected to remain supportive of Sterling as the Bank of England shuns any further rate cuts in the face of rising economic growth and inflation.

By cutting and raising interest rates a central bank can either calm or boost inflation and it is likely that policy makers would rather err towards higher interest rates if they believe inflation levels are becoming uncomfortably hot.

A side effect of such a move are increased inflows of foreign capital as investors seek out the improved returns that higher interest rates present them, which in turn increases demand for the Pound.

Analysis from Deutsche Bank released this week shows that the scale of the boost to UK economic growth from the spending of savings could amount to 1.0% of GDP, more than twice that expected by the Bank of England's economists.

An unexpectedly strong economic rebound could in turn drive inflation meaningfully above the Bank of England's 2.0% target and potentially prompt a Sterling-supportive shift in policy (interest rates hikes and/or the abandonment of quantitative easing). 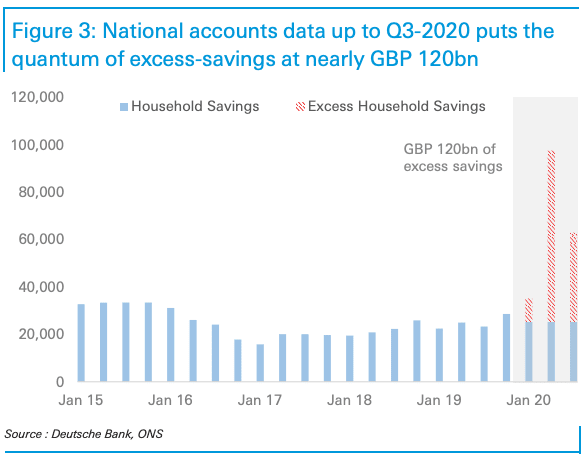 The stock market is also expected to be supportive of the Pound as the current "great rotation" from so-called growth stocks to more traditional stocks gathers pace.

Growth stocks typically belong to companies in the technology sector that benefit from great shifts in consumer behaviour. Lockdowns, the covid crisis and a desire by governments to become more 'green' have created a surge in demand for stocks of electric car makers, work-from-home technology companies and green solution providers.

Traditional stocks meanwhile lost significant value as the covid crisis unfolded and were largely unloved for much of 2020.

But, investors now appear to be rotating out of growth stocks and into value stocks as they anticipate a post-covid rebound and fear the eye-watering valuations now priced on some companies in the growth segment of the market.

This could benefit the UK and Sterling.

"UK equities are heavily exposed to the "back to normal" value sector rotation that may take place this year," says Rochester.

"London’s Tech weighting of less than 2% compared with the S&P 500’s 28% makes the UK equity market very different to that of the US," says Rochester.

"This environment, with a rotation from Tech stocks, is positive for GBP, and we are seeing this via a pick-up in foreign investor ETF inflows," he adds. 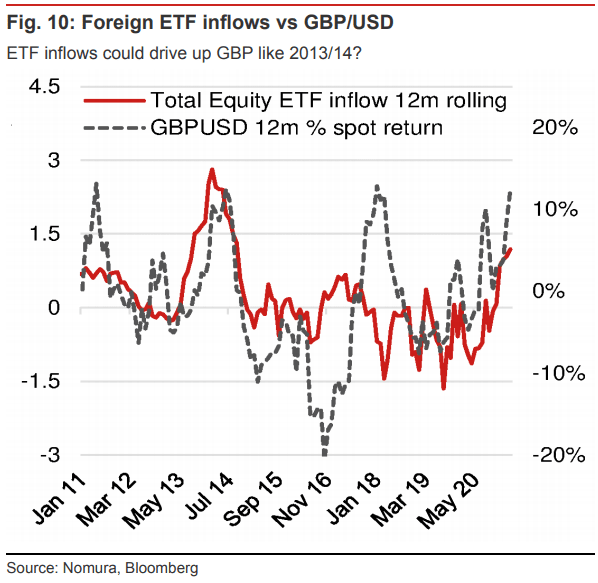 A familiar driver of positive sentiment towards UK assets and Sterling in 2021 has been the country's rapid rollout of vaccines, which suggest a sustainable exit from lockdown beckons.

By contrast, the rollout in other countries has been slower, conferring a potential outperformance advantage on the economy and its currency.

"The rollout of vaccines has allowed a clear roadmap towards some level of normality, removing the uncertainty over the UK government’s plans for this summer," says Rochester.

The analyst by contrast says he struggles to see Euro-positive catalysts, thanks to the slow vaccine rollout delaying the reopening they expected by spring/summer.

"We are optimistic that the vaccine rollout accelerates to a level comparable to peers but, for now, the differences from the US and UK widen by the day," says Rochester.

Nomura expect the U.S. to vaccinate all adults by the end of May, the UK by end-July and the EU by the end of September. We reported on Wednesday that the pace of the UK vaccination programme is however expected to accelerate over coming days, which might mean the government's target is met earlier.

Despite Sterling's rally in 2021 Nomura's research shows the Pound is still undervalued from a Purchasing Power Parity (PPP) perspective, which is a fundamental long-term approach traditionally used by economists to establish currency valuations by comparing the cost of a similar basket of goods in two countries.

The Euro is meanwhile said to be fairly valued on this metric.

The Pound-to-Euro exchange rate is forecast at 1.19 by the end of June 2021, a hefty upgrade from the 1.1236 target held previously by the bank.