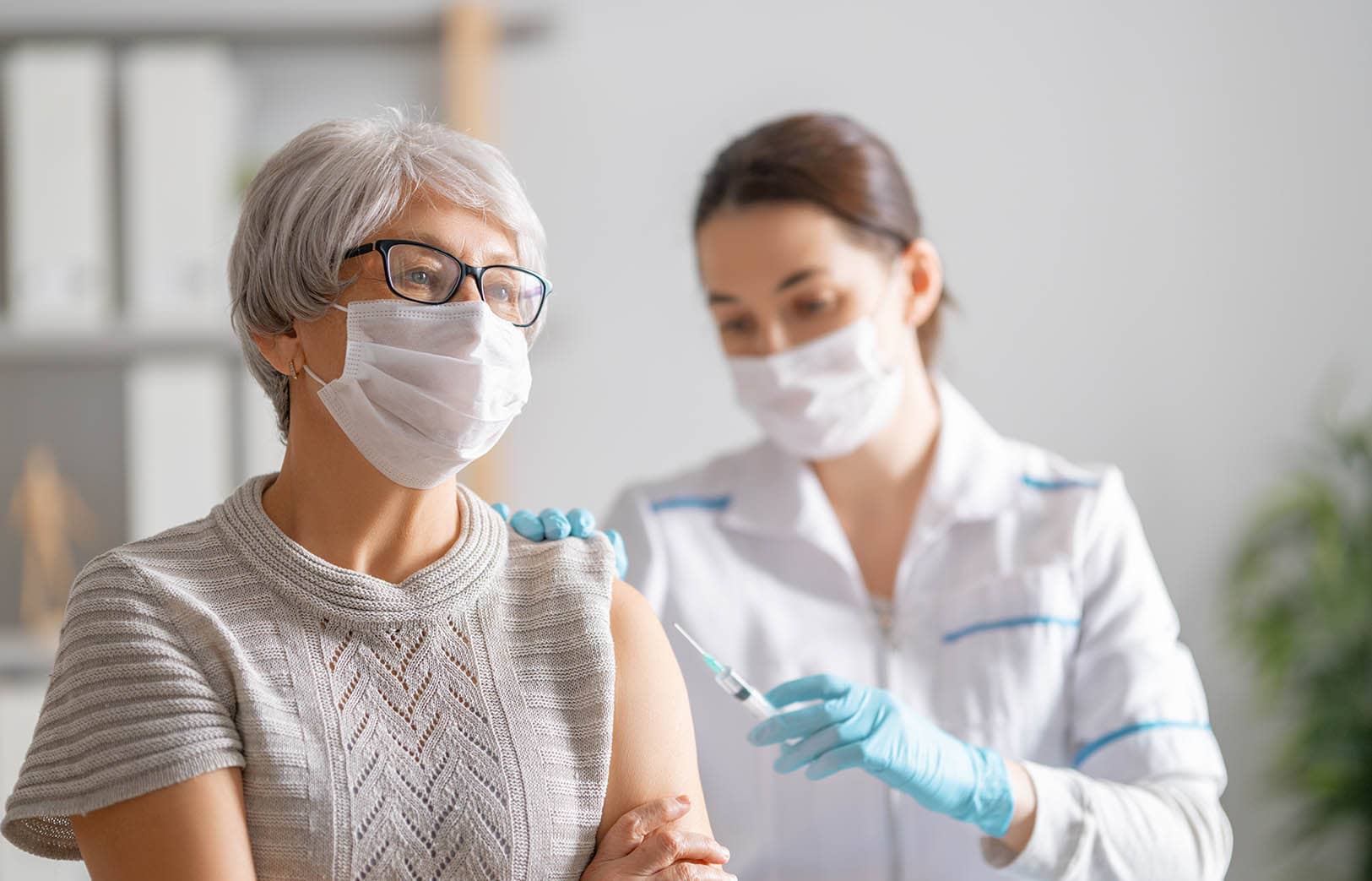 The Pound is back to tracking moves in global stock markets. The currency started the new week higher following a bullish session for Asian equities, but a loss of steam in the London session sees Sterling give back some ground.

The UK currency started the new week marginally firmer, edging higher alongside global stock markets as investors opt to look through some of the near-term concerns regarding the covid-19 pandemic and focus on U.S. stimulus measures.

The moves come as Sterling has started to display a correlation with broader investor sentiment now that Brexit no longer factors as a prime driver, and how the currency trades over coming days could well rest with the macro economic backdrop.

A turn lower in global stock markets that started late on Thursday and ran into Friday betrayed a softening in investor sentiment, which in turn appears to have impacted the Pound and sent it lower too. But, sentiment does appear somewhat firmer as we enter the final week of January and this has aided some Sterling exchange rate gains.

"Market sentiment has started the week on a positive note with most Asian equity markets trading higher this morning. This follows US equity markets reaching new highs last week on expectations that a new Biden administration and Democrat-controlled Congress will lead to significant new fiscal stimulus," says Nikesh Sawjani, an economist at Lloyds Bank.

Despite the firm start to the new week, risks to the outlook remain elevated and holding a strong conviction for further advances in stocks and the British Pound is difficult owing to uncertainties regarding the covid-19 pandemic, and this is being reflected via a pullback in markets as the London session progresses.

"Vaccinations are slower than what we’d expected in virtually all large countries and even in countries where it’s been quicker, eg the U.K., the one dose first strategy means that full protection will be slower to materialise. It also doesn’t seem to be the case that just vaccinating the vulnerable will be enough to lift most restrictions as I’d expected," says Jim Reid, Research Strategist at Deutsche Bank.

"This is partly due to increasing concerns around mutations from various parts of the world," he adds.

The UK is reportedly considering stricter border controls for all travellers this week while U.S. President Joe Biden's administration on Sunday said flights from South Africa would be banned. Meanwhile, France and other European nations are looking to tighten restrictions once more, citing the emergence of the UK covid variant.

Mutations appear to be the primary concern weighing on governments and investors alike.

"Until scientists rule that each will be covered by the current vaccines there will likely be reluctance to lift restrictions. So it now seems we will be constantly worried about mutations until covid has been largely eradicated even if none of them ever evade vaccines. So although I still think there’s going to be a huge surge of economic activity by the summer, there is probably a bit more doubt in my mind now than there was back in November," adds Reid.

On the one hand investors are considering the persistent risks surrounding the covid-19 medical crisis, but on the other hand the prospect of a strong coronavirus support package from the Biden administration which will likely prop up sentiment.

The administration will this week try and push for Biden's proposed $1.9TRN to pass through Congress, however many commentators believe a smaller package will be agreed. A generous package could well provide a backstop to any further deterioration in broader sentiment.

However blame for Sterling's decline seen in the latter part of last week cannot be laid solely at the door of global markets as domestic data disappointed on Friday.

UK retail sales grew 0.3% in December, a rise that was far lower than a 1.2% expected by the markets.

Retail sales were then followed by the release of the arguably more important PMI data which offered a snapshot of January's economic performance.

The figures were not pretty, with the headline Services PMI reading at 38.8, which is down on December's 49.4 and well below expectations for 45.0 and hints that a sharp contraction in UK economic activity is underway.

However, markets are forward looking by nature and expectations that the UK will achieve herd immunity via vaccinations ahead of the rest of Europe and the U.S. will potentially provide a domestically inspired source of optimism towards the currency.

"The pound remained stronger for the week, boosted by Britain’s fairly smooth vaccine rollout that stood in contrast to slower inoculations in the euro zone," says Manimbo.

On current vaccination trends the UK will have vaccinated 70% of adults by August 2021, which would allow the country to reach herd immunity. However, data from POLITICO Europe suggests the same level of immunity will only be reached in 2024 in Germany and 2023 in France unless delivery is drastically accelerated. 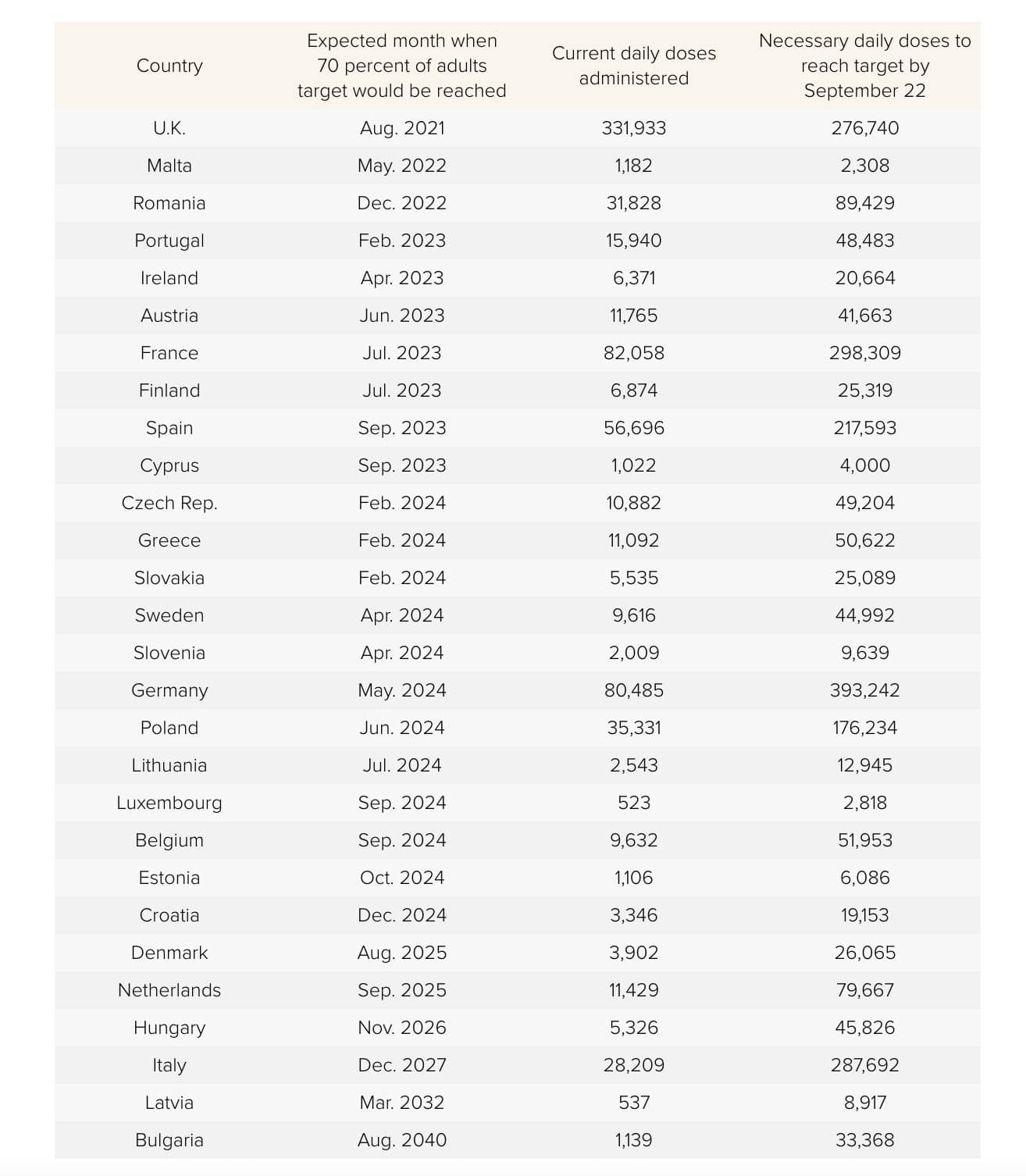 "As the euro area is lagging the UK, the pound is in good position to benefit from the local vaccination momentum, in a context where the market consensus is bearish across the board on the UK outlook," says Oliver Korber, a strategist at Société Générale.

Shaun Osborne, a foreign exchange strategist at Scotiabank, meanwhile says the Pound-Dollar exchange rate "should continue to push above 1.37 thanks to the rollout of vaccines — notwithstanding some near-term weakness on longer-lockdown concerns."

"GBP/USD remains well supported above its rising 13-day exponential average to leave the market retesting key resistance
from the 'neckline' to its 2018 top at 1.3710/20," says David Sneddon, an analyst at Credit Suisse.

"With a major base in place above 1.3514 we continue to look for a clear break above 1.3720 in due course to mark the completion of a bullish “ascending triangle” pattern for a resumption of the core bull trend," adds Sneddon.

Next week those watching the Pound should look to the broader context of global markets for a prime cue and keep in mind that numerous analysts are looking for weakness to prove fleeting in nature, at least in the short-term.