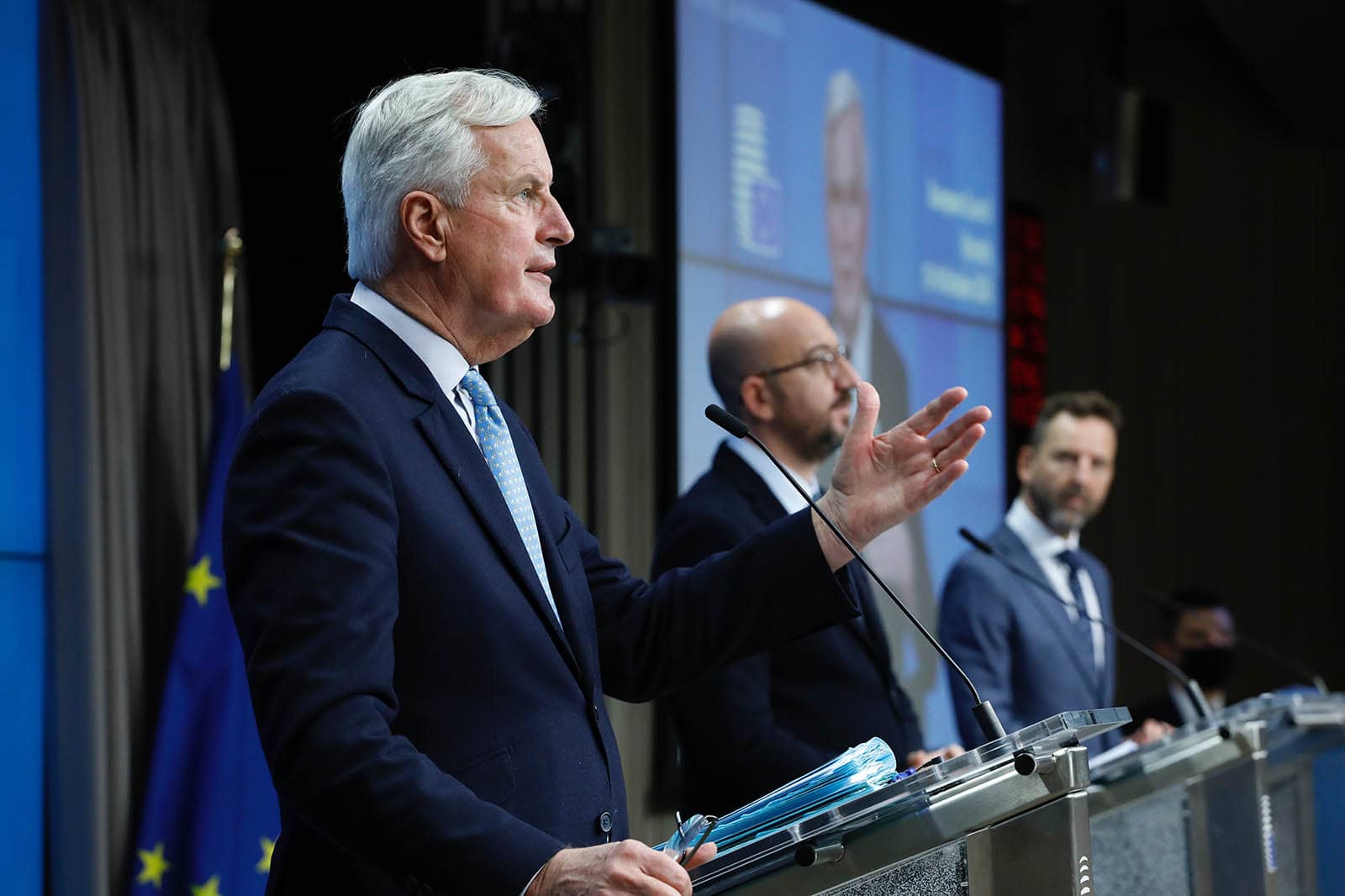 The British Pound is at risk of suffering a setback amidst signs EU leaders are to make a final push for concessions from the UK which could dent recent market optimism that a deal is near.

Unofficial news from recent days has suggested a deal can be agreed early next week, however Thursday and Friday bring with them the first substantive 'official' briefings on the status of negotiations which could inject some volatility in Pound exchange rates.

The leaders of the EU's 27 member states will on Thursday address the outstanding issues holding back a post-Brexit trade deal which include fisheries and 'level playing field' provisions.

The Sun newspaper reported late on Wednesday that leaders were set to ramp up emergency 'no deal' Brexit plans as France's President Emmanuel Macron "vows to defy" the UK over its desire to reclaim full control of its waters.

"France is sticking to its guns over demands for access to UK waters that is almost as generous as it enjoys now," says The Sun's Nick Gutteridge. Gutteridge says one diplomatic source told him there is "no reason for optimism" with the two sides "still quite far apart".

A key risk is that France does not move on fisheries and maintains a maximalist insistence on retaining access to UK waters after Brexit as the price for a free trade deal.

Any headlines suggesting France's position is yet to shift could be one source of anxiety for markets.

Gutteridge says his sources are warning the UK to expect "strong words" from a slew of leaders, a sign that this summit will form the bloc's final concerted push to press concessions out of the UK.

"Of course this sends out a political signal. This is a sign that we are really going to prepare," a senior EU diplomat told Gutteridge.

There is a risk that a downbeat outcome to the day's events could prompt a decline in the value of Sterling as markets recalibrate the odds of a deal being reached.

The EU's Chief Brexit negotiator Michel Barnier will on Friday brief representatives of the EU's 27 member states, which should offer further flavour as to whether a deal is in fact possible over coming days, as had been hinted at in unofficial briefings. On Tuesday it was reported the UK's Chief Negotiator David Frost had told Prime Minister Boris Johnson that he should be ready to sign a deal early next week, news that was credited by market analysts as being behind a push higher in the value of Sterling.

Barnier updated EU Commissioners on Wednesday, after which the Executive Vice President of the European Commission, Valdis Dombrovskis, said: "We're in the final push. There are still important elements to be resolved, substantial work to do. We've seen many deadlines come and go but there's one we'll not be able to move - Jan 1. We're now in the last moments."

"I do have the impression that the finalisation of the legal texts is beginning but there is no breakthrough on the famous three points," a senior EU diplomat told The Telegraph.

"Bigger picture though, the calls for no-deal plans are likely just noise. Both sides remain in negotiations," says Kurran Tailor at CitiFX.

CitiFX Strategy’s base case is still for a deal - 80% probability - and their London trader yesterday noted that clients continue to highlight their desire to buy UK assets in general, and GBP as a result.

"Real money in particular are just waiting for the green-light to increase their allocation in Sterling via GBP/USD and EUR/GBP," said the trader.

Analysts at UBS say they expect a "meaningful bounce" in the Pound on the signing of an eventual deal, as market participants still appear to be unprepared for such an eventuality despite the grind higher in the currency since September.

According to analysis from the Swiss bank, Sterling is showing sensitivity to movement in money market expectations for negative interest rates at the Bank of England, which in turn is said to reflect the consequences of a 'no deal' outcome to ongoing post-Brexit trade negotiations, a view that is reinforced by pricing in volatility markets.

"The latest news flow points to an agreement being struck just in time for ratification by the EU Parliament. Given markets - and hedge funds specifically - are relatively under-positioned for such an outcome, we’d expect a meaningful bounce for GBP on even a confirmed ‘skinny deal’ outcome," says Lefteris Farmakis, Strategist at UBS.

But there is also a positive macroeconomic story to consider, as the Pound and UK economy tend to naturally benefit when the global economy is in a positive cycle says Farmakis.

"This is intuitive given the degree of openness of the UK economy and bodes well for a recovery in global growth into 2021. Naturally, the link has weakened since the 2016 referendum, but cheap valuations offer some hope of at least a partial snap-back in compensation. And the UK economy stands to benefit more than most in 2021 as it was hit particularly hard by this year’s pandemic," says the strategist.

A significant 'risk off' move on global markets saw the British Pound fall against the Euro and Dollar but rise against its more risk sensitive peers ahead of the weekend.

"We are not expecting the pound to strengthen against either the dollar or the euro. In fact, the risk is that it weakens against both" - Capital Economics.