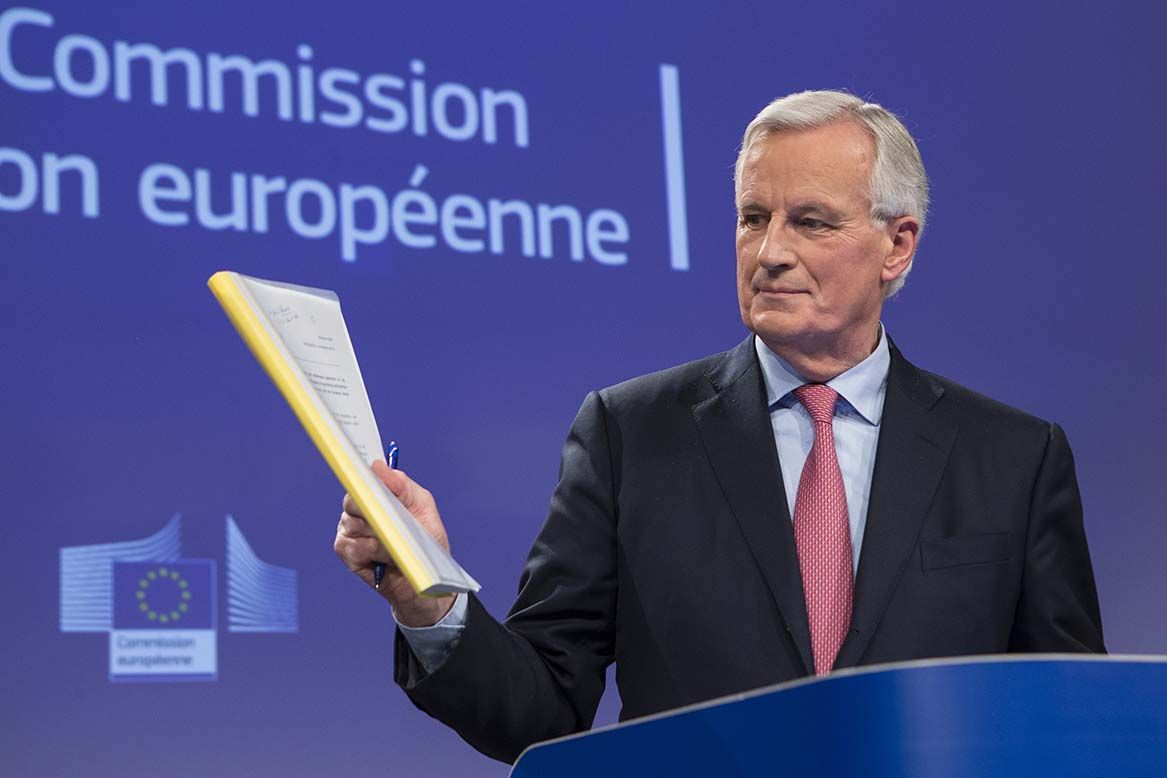 The British Pound advanced in mid-week trade on newswire reports the EU and UK are set to restart stalled post-Brexit trade negotiations, leading markets to believe with greater conviction a deal can be agreed in coming weeks.

The Bloomberg newswire reported Wednesday afternoon Brexit talks are set to restart before the end of this week, with sources from both sides saying they hope to achieve a deal by mid-November.

The move came after the EU's Chief Negotiator Michel Barnier told the European Union parliament on Wednesday the EU was committed to making the necessary compromises required to agree a deal, thereby meeting the UK's demand that the EU signals a 'fundamental' shift in approach to negotiations.

The UK had this week resisted committing to further rounds of talks in the wake of last week's European Council requirement that the UK makes the necessary compromises to achieve a deal, which prompted Prime Minister Boris Johnson to accuse the EU of a fundamental unwillingness to compromise.

The UK's decision to hold up talks - despite an alarmingly short period of time remaining in which to reach a deal - appears to have prompted some movement from the EU, indeed Barnier's mid-week comments form the second overture made to the UK this week as Barnier met some of the UK's additional demands on Monday by agreeing to begin discussions on a legal text.

The UK signalled this initial overture was not enough to get talks going again and Sterling retreated from recent highs.

But Sterling's reaction on Wednesday suggests a belief by markets that talks will soon resume, and that the two sides are performing a ritualistic dance before striking an inevitable compromise.

"Sterling seems to think a Brexit deal is there to be done after Barnier's comments this morning - now a question of when (and it is when) the posturing stops and trade talks will properly get underway again," says Michael Brown, Senior Market Analyst at CaxtonFX.

Sterling was seen higher against all its major G10 peers in the wake of the developments:

With the Pound rising sharply it could be wise to set up an order that is triggered once your desired rate is reached. Such a move would mean you do not miss out in the event that a fast-moving market suddenly retreats from your ideal rate and an opportunity is missed. Learn more.

"We will seek the necessary compromises on both sides in order to do our utmost to reach an agreement and will do so right up until the last day that it's possible to do so. Our doors will always remain open right up until the very end," said Barnier.

"The Level Playing Field remains a fundamental concern. The past few weeks we've seen the UK are willing to look at this demand and to move forward and shift. They're willing to do things in a different way to what exists in current trade deals among other countries," he added.

A spokesperson for the Prime Minister's office responded to Barnier's latest comments by confirming the UK's Chief Negotiator David Frost would be speaking with Barnier at some point later in the day.

The spokesperson said the UK noted "with interest" Barnier's "significant" comments on issues behind current difficulties in trade talks.

Well, that was all rather conciliatory.

✅ Intensification
✅ Talks on all subjects
✅ Discussions of legal texts
✅ Compromise on both sides https://t.co/ZgXfKYLp4s

That the UK side sees "significant" comments is all the market will require to bid Sterling on the assumption trade talks will be restarting soon and that moves will be made on both sides for a deal to be reached.

"We still expect a deal to perhaps provide a 'buy the rumour, sell the fact moment' and GBP to underperform in the medium-term. But we believe now is the time to buy into the potential for a last-minute deal before mid-November and with it we expect a higher GBP in the short term at least," says Jordan Rochester, Global FX Strategist at Nomura.

Strategists at Citibank say they see an 80% probability that EU/UK will strike a deal by year end and are bullish on GBP/EUR. "If the worst that comes of negotiations is that the UK threatens No Deal but stays at the negotiating table, this looks a relatively sanguine outcome, as can be judged from the lack of Sterling’s response to Johnson’s comments on Friday," says a note from Citi.

Talks are expected to continue this week and could very well drag into the end of the month or even early November," says a weekly currency briefing from Barclays. "Our take remains that despite the apparent lack of meaningful progress, UK and EU leaders are ready to push negotiations to the brink before reaching a deal."

"We think that Sterling is likely to remain headline-driven in the near term, but downside is likely to be capped because of its undervaluation," add Barclays.